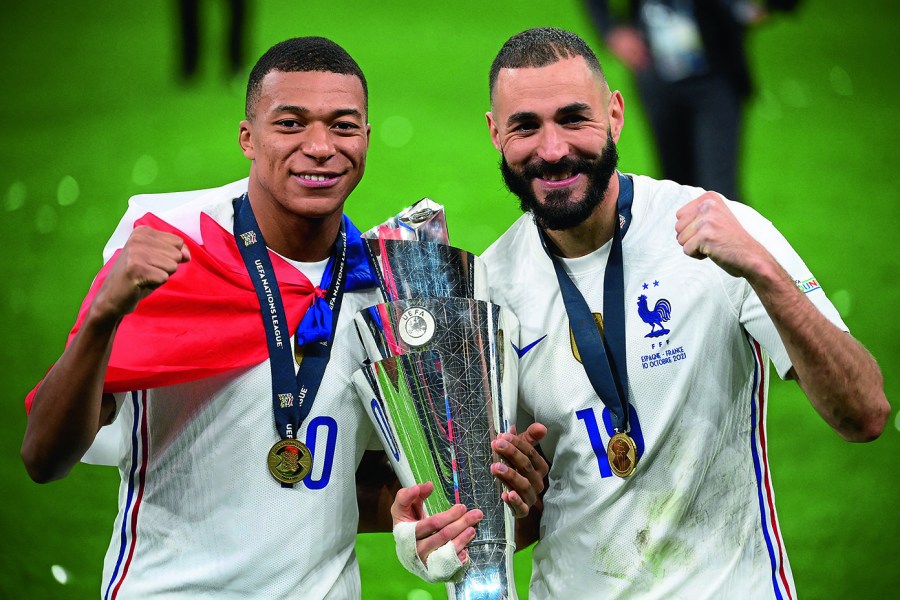 Boasting arguably the tournament’s deepest squad, holders France will be many people’s favourites. Although this may be the last World Cup for the likes of Karim Benzema, N’Golo Kante, Hugo Lloris and Antoine Griezmann, Ligue 1’s prolific talent production has kept the squad fresh with Christopher Nkunku, Aurelien Tchouameni and Kylian Mbappe still all 24 or younger. France went undefeated in qualifying but drew three of their first five games amid press murmurings of discontent following a disappointing Euro 2020, part of a run of five draws. Deschamps
relied upon Griezmann, who scored five of France’s first eight goals in Group D before an 8-0 thrashing of Kazakhstan. A meeting with Tunisia could prove tricky in Qatar, but Denmark should be France’s only major obstacle to topping their section – the pair drew a dire game 0-0 in 2018, while the Danes recently beat France during June’s 2022-23 Nations League games.

Having relied largely on defensive solidity and organisation for World Cup glory in 2018, Benzema’s return marked a more expansive evolution. However, underlined by the Euro 2020 exit to Switzerland, consistent balance has yet to be found with Deschamps continually tinkering.

Provided 39 goals and 26 assists last term with a serene authority to his play. Look set to become this generation’s leading player.

Despite the 2018 World Cup win and 2020-21 Nations League victory, many remain sniffy over his lack of style and flair.

Who will play at right-wing-back?

Could the France camp implode?

Thoughts of Raymond Domenech’s 2010 South Africa nightmare and 2002’s shock capitulation are never too far away. But Deschamps’ focus on togetherness over pound-for-pound talent has paid off, producing an unusually harmonious squad. Things seem rosy, for now.

Is this Deschamps’ last tournament?

After a decade in charge, Deschamps’ contract expires at the end of the year. A second triumph could see him step back while another underperformance, coupled with dour football, might push the FFF to look elsewhere. Zinedine Zidane rejected PSG’s advances for months as he reportedly eyed Deschamps’ position post-Qatar.