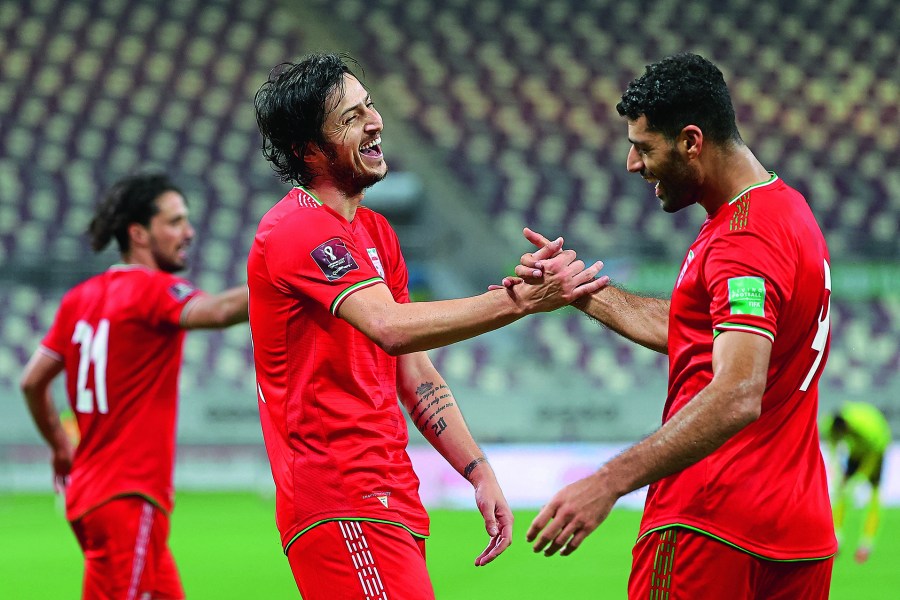 Iran’s story of reaching Qatar 2022 was indeed a tale of two halves. In the second round of qualifying, two unexpected defeats against Bahrain and Iraq left them on the brink of elimination, leading to the sacking of Belgian manager Marc Wilmots.

In came the Croatian Dragan Skocic. His appointment swung the mood and ensured progress by overcoming three must-win games in the space of just eight days. In the final qualification round, eight wins out of ten matches secured Iran’s place in Qatar as comprehensive group winners. For many Iranians, playing against England and the United States in Qatar has an intriguing political aspect.

As Iran prepares for their third consecutive World Cup for the first time, the nation expects them to make history by reaching the round of 16. However, lack of funds and catastrophic preparations cast dark shadows over their optimism.

Pretty much like Russia 2018, compact defending and waiting for the counter-attacks to materialise will shape Iran’s core strategy against opponents stronger on paper. The exciting partnership of the attacking duo, Sardar Azmoun and Mehdi Taremi, will pose the main threat.

Arguably the most influential player in Portugal’s Primeira Liga with a tally of 20 goals and 12 assists last season.

Won a couple of cups in Croatian and Slovenian club football, but Qatar will be his maiden experience on the international stage.

As is often the case with Iranian football, the main source of concern is off the pitch. Due to international sanctions and lack of professional planning, organising appropriate friendly matches has proven to be Mission Impossible. To add to Iran’s woes, the arranged friendly versus Canada was cancelled amid huge controversy.

How will they address the current leadership issues?

The Iranian Football Federation currently has no president after the previous one was sacked by the board. With Skocic being overly lenient on certain disciplinary issues, better leadership will be key in the months leading up to Qatar.

Will Skocic unveil any surprise names in his starting line-up?

Milad Mohammadi might play at left-back. Having ignored the popular picks, like Ramin Rezaeian and Voria Ghafouri, Skocic may shift Shoja Khalilzadeh to right-back. Ali Gholizadeh may get the nod given Vahid Amiri’s current injury.