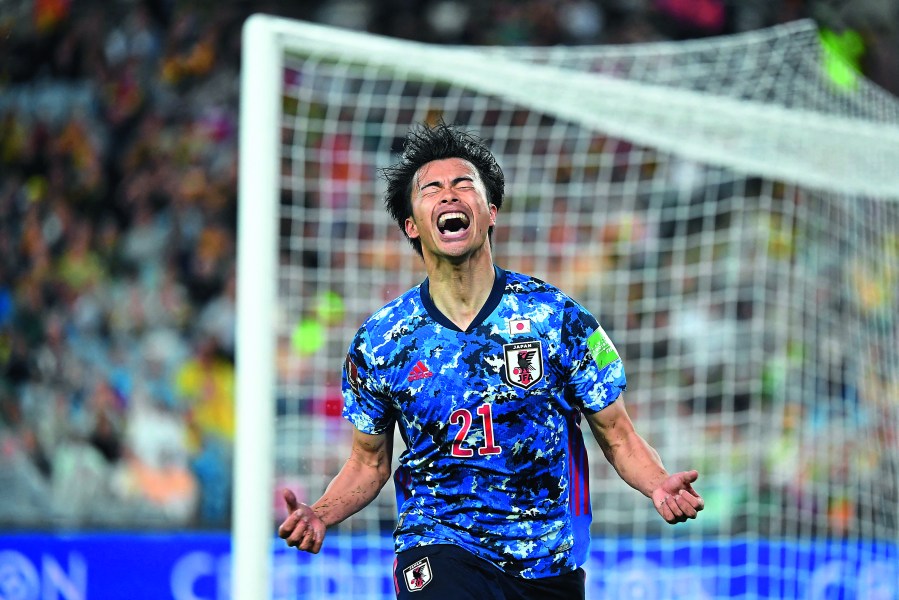 Despite a tough draw alongside two European giants, Samurai blue can’t be underestimated

Japan’s seventh consecutive World Cup after never previously qualifying confronts them with their hardest group yet in the shape of two perennial World Cup giants, Germany and Spain. Memories though, of the last-16 match in Russia against Belgium, the top FIFA ranked team of 2018, should remind us that Japan can put up a strong fight. That time, Japan led 2-0 before falling 3-2 deep in time added on. The moral of the tale is that upsets, though unlikely, are possible.

Japan come to this World Cup under a manager, Hajime Moriyasu, whose career exactly spans the rise of Japanese football. He played from the start of the J. League in 1993 and, barely three months later, was a key member of the last Japan team that failed to make it to the World Cup. The heart breaking, last-gasp 2-1 loss to Iran in Qatar and final-game 2-2 draw with Iraq, which turned joy to despair after they conceded a 90th-minute equaliser (a win would have seen Samurai Blue qualify for USA ’94) is still remembered in Japan as the ”Tragedy of Doha”.

Moriyasu’s chances of producing a ”Triumph of Doha” 29 years later look slim on paper, but Japan do have plenty of experience of playing in the Middle East. Costa Rica, too, are capable of producing an upset; and, with Spain and Germany also inevitably taking points off each other, Group E may not be as cut and dried as it first appears.

Moriyasu will also be helped by plenty of inside knowledge from within his own squad, with many of the players now at leading European clubs, including nearly ten in Germany.

Japan’s three-year qualifying odyssey for 2022, long interrupted like everyone else’s by the COVID-19 pandemic, started with a 2-0 win over Myanmar in Yangon in September 2019, and climaxed with a spectacular 2-0 victory in Australia in March this year, but passed through a cold patch in the middle.

Japan sped out of the blocks in the second round of Asian qualifying scoring 46 goals and conceding only twice in eight matches, which included a 14-0 win in Mongolia and 10-0 home victory in the return tie against Myanmar. Strangely, Japan then suddenly looked short of penetration as the third round commenced, with their quick-passing style losing its rhythm. The problems came to a head after the nation and Olympic teams were combined following the Olympic Games. Japan fell to two defeats in their first three third-round matches, 1-0 at home to Oman and 1-0 away to Saudi Arabia.

That left Japan essentially needing to win all of their remaining games, which was very nearly what they did with six straight victories, including revenge wins against Saudi Arabia and Oman and crucially, victories home and way to Australia. Japan eventually secured their place at their seventh straight World Cup with one match to spare.

THE VIEW FROM JAPAN

”Germany, Costa Rica then Spain. On paper Japan’s second round prospects look bleak. In reality it’s likely not as bad as people think. They have more Europe-seasoned players than any other previous World Cup squad- many in Germany- and will have to bank on their experience/ The first game will be make or break.”

”Japan go into the World Cup without any real stars but they do have a settled side that grew in stature throughout the qualifiers. There are distinct weaknesses but Japan are capable of beating anyone on their day and a place in the knockout round is possible if not expected.”

Moriyasu has been a core figure in Japan’s football success story of the past 30 years. As a player, he won 35 caps as an intelligent defensive midfielder. As a manager, he led Sanfrecce Hiroshima to three J. League titles in four years and was Akira Nishino’s right-hand man at the 2018 World Cup. Moriyasu took the helm directly after that tournament with a four-year mission to lead Japan at both the Tokyo Olympics and in Qatar, thus becoming the first Japan coach in 20 years since Phillipe Troussier to lead both the Olympic and full Japan teams. 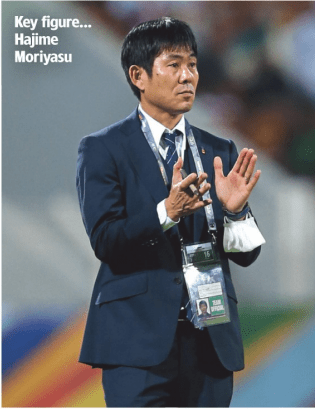