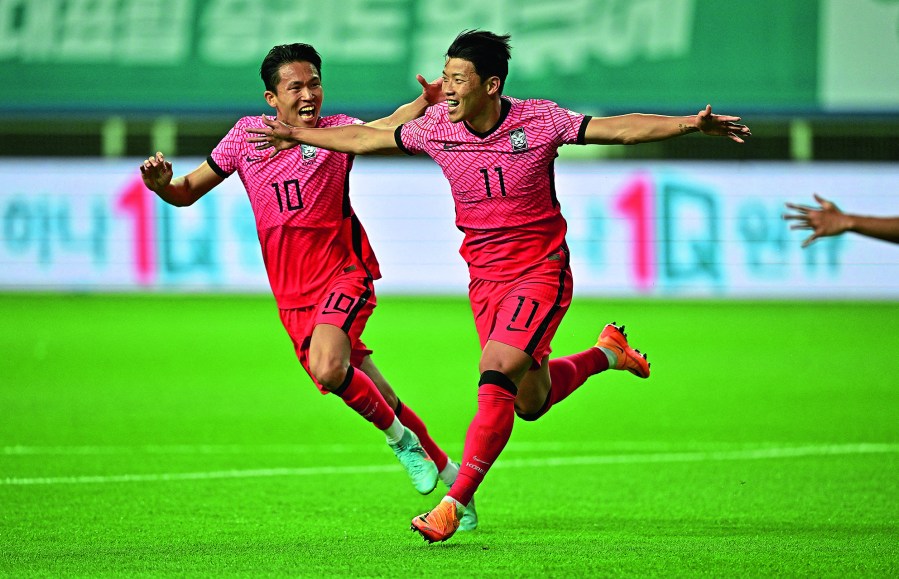 Clinching a place at a tenth successive World Cup – and an 11th appearance in total – with two games to spare represents both a blessing and a curse for South Korea.

The Taeguk Warriors always make it but don’t often get the tests needed on their home continent, meaning they often come up short when it matters. Performances were not overly impressive but there were signs of improvement towards the end of the qualifying campaign. It was no surprise then that preparation started against Brazil in June, but it ended with the Koreans being totally outclassed and losing 5-1 in Seoul.

Bridging that gap between Asia and Group H opponents Uruguay, Portugal and Ghana is the task at hand in the time remaining between now and Qatar. Much depends on the European-based players, whether the big names can stay fit and whether Portuguese coach Paulo Bento gets his tactics right.

Paulo Bento has tried various formations in his four years with one, two and three in attack. He likes to build from the back and midfield, but has been accused of over cautiousness, changing selections, and not playing to Korea’s traditional strengths of attacking at speed.

Much depends on their one world-class playmaker.If the premier league golden boot winner stays fit, then they have a chance

Yet to show he can get the best of the players. Korea were underwhelming at the 2019 Asian Cup and for much of qualification.

How can the Taeguk Warriors get the best out of Son Heung-min?

Hwang Ui-jo blows hot and cold for the national team. Son does not always look as happy for his country, where he sometimes tries to do too much, as for his club. Where and how to play, him – wide or central – could be key.

Can the coach sort the defence?

Kim Min-Jae missed Russia 2018 through injury as well as the June friendlies. The Fenerbahce centre-back is vital and was missed when Brazil found huge amounts of space in the final third. Experienced full-backs such as Lee Yong and Hong Chul look to be past their best too.

How should South Korea play?

Most teams in Asia tend to sit off the Koreans who end up with huge amounts of possession and packed defences to navigate past. That won’t be the case in November. Will Paulo Bento sit back and look to use the pace of the forwards to counter-attack or will he take the game to Uruguay, Portugal and Ghana?