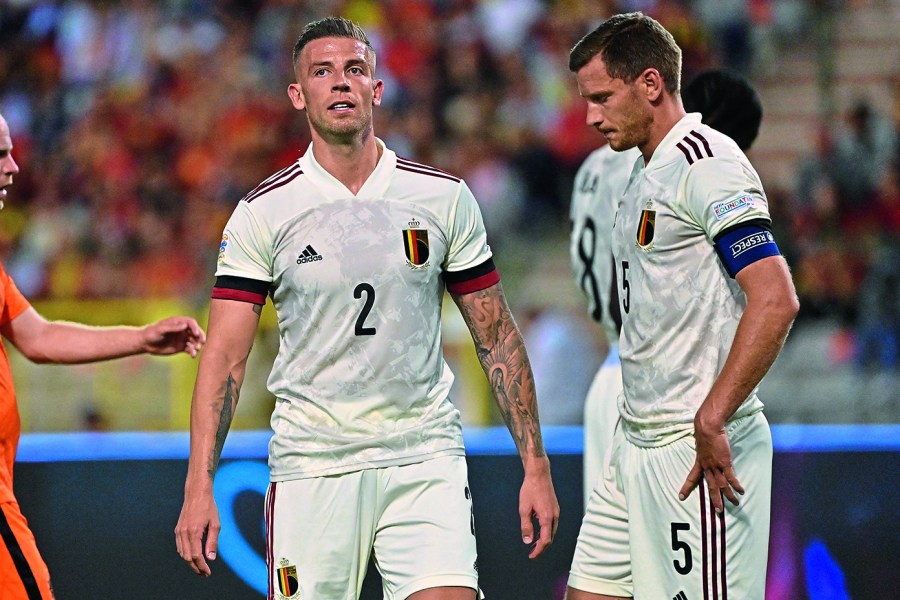 Golden generation looking past its best

Belgium’s golden generation is past its peak. The Belgians will always cherish Kazan where they defeated Brazil in a 2018 World Cup match for the ages, but ultimately Kevin De Bruyne and co. have never won a major prize.

Last summer’s Euro 2020 finals was a massive disappointment. Playing in a low block to help protect the ageing defence, Belgium eliminated defending champions Portugal in the last 16, but then exited against eventual winners Italy in the quarter-finals.

This gut-wrenching elimination was followed by some more soul-searching after 28 catastrophic minutes against France in the 2020-21 Nations League final four. Belgium and coach Roberto Martinez’s in-game management always seem to come up short against the big teams – June’s 4-1 defeat to the Netherlands another case in point. Martinez admitted it is time to question some household names. Even if he does, it may be too little too late.

The team lines up in a 3-4-3 formation, but Martinez has never developed a real plan B. Vulnerable, the old defence allows too much space in between the lines. The likes of defender Boyata, midfielder Tielemans, wing-back Carrasco and wide forward Trossard are also viable starters.

Ex aequo between him and Thibaut Courtois, both outstanding – if not the best in the world – in their positions.

Led Belgium to third spot at the last World Cup, but his game management and loyalty to established players are liabilities.

Is this the end of the line for the Red Devils’ golden generation?

It will certainly be their last major tournament and Belgium need all their best players to perform at their best to compete. A quick glance across the XI suggests this may be a problem in Qatar.

What area of the pitch is of the most concern right now?

Up front, where Romelu Lukaku endured a torrid season with Chelsea, scoring just eight Premier League goals. Perhaps he will regain his form and confidence once he returns to Inter? Injury-prone Eden Hazard is also a shadow of his former self.

Are there any defensive alternatives?

Fitness in the broader sense of the word is a concern for veteran defenders Jan Vertonghen and Toby Alderweireld. Into their 30s, they lack the pace and intensity required for a major tournament. With few alternatives, Martinez will remain loyal to the pair, but they might well become symbols of a team for which Qatar 2022 will have simply proven a step too far.