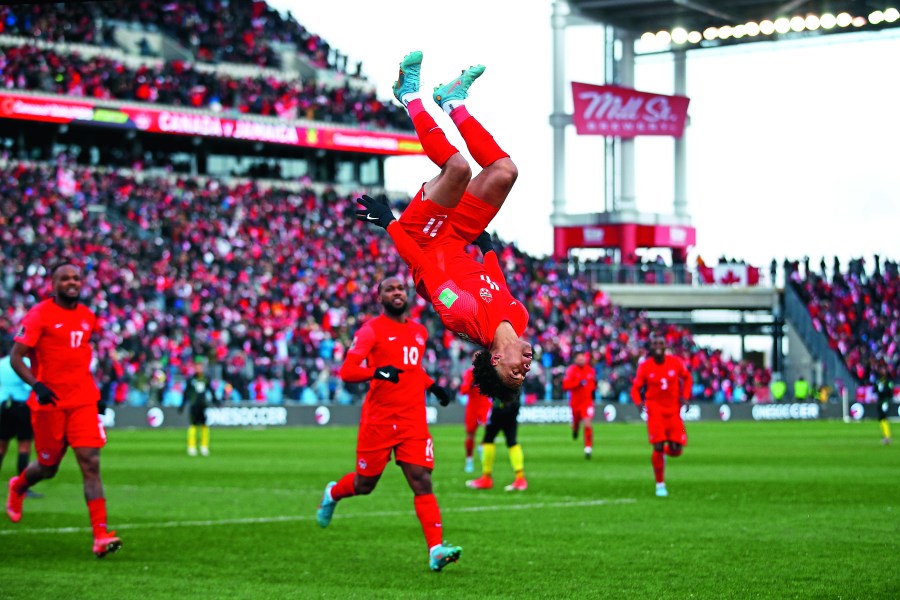 After years of anonymity, Canada arrive at Qatar as one of the tournament’s dark horses

Canada have only ever appeared in one World Cup finals previous to Qatar 2022, finishing bottom of a group containing the Soviet Union, France and Hungary without a point or goal to their name at Mexico ’86. Since then, plenty of misery has ensued for Les Rouges. Before the current campaign, they last made the final stage of CONCACAF’s qualifying tournament in the build up to France ’98, but even then they finished rock bottom.

In 2012, during the Brazil 2014 preliminaries, they faced Honduras knowing that a draw would be good enough to see them reach the final qualifying stage. Instead, they suffered a humiliating 8-1 defeat. Atiba Hutchinson was on the pitch that day, while goalkeeper Milan Borjan was on the bench, so it is remarkable that ten years later they will be two of the leaders in a team that are heading to the World Cup, having booked their place in Qatar in style. 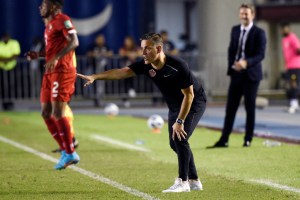 After making it through the first and second rounds with ease, Canada went undefeated in the first 11 of their 14 final-round matches. They eventually finished above regional heavyweights Mexico on goal difference to top the group but were perhaps even more impressive than that fine margin suggests. John Herdman’s side scored the most goals and conceded the fewest while playing scintillating football at times. With the team heading of to Qatar in 2022 before Vancouver’s BC Place and Toronto’s BMO Field host World Cup matches four years later, Canadians can be genuinely excited for what is to come on the international stage. This also follows the creation of the Canadian Premier League which was first contested in 2019 and has already proven itself as a platform for players to move to Europe.

The talent in Herdman’s squad undoubtedly adds to that excitement both in the short and long-term. Bayern Munich’s Alphonso Davies, Club Brugge’s Tajon Buchanan and Lille ace Jonathan David all offer genuine attacking threats at 23 years old or younger, while midfield lynchpin Stephen Eustaquio is 25 and top scorer qualifying, Cyle Larin, is 27.

It’s not been all plain sailing, as Canada cancelled their June friendly against Iran following criticism, then scrambled to organise another against Panama that wasn’t played due to a dispute between the players and association regarding prize money.

While that could be seen as preparation time wasted, this team is trying to move Canadian football forward in every way possible. The next step is to prove they can compete on the biggest stage of them all.

THE VIEW FROM CANADA

”There is hope among Canada’s soccer community that this World Cup could change the landscape of the sport in the country. Canada are underdogs, yes. But they play with pace and boatloads of enthusiasm, which could not only cause some surprises in the group stage but also garner plenty of eyeballs at home.”

”It’s all about firsts at this World Cup: get that first goal, a first win, and if all goes well, a first progression to the knockout stages. Any positive momentum that Canada can build ahead of co-hosting the 2026 tournament, the better.

John Herdman took a massive risk in switching from Canada’s women’s team to their men in 2018. He had won Olympic bronze twice during seven years in charge of the women’s side, while many won’t have even dreamed of the men reaching a major tournament. Yet, they’re at a World Cup four years later and much of the credit must go to Herdman himself. Not only have his on-field tactics worked, he’s changed the team’s mentality and taken charge at all levels to reach previously unthinkable heights. 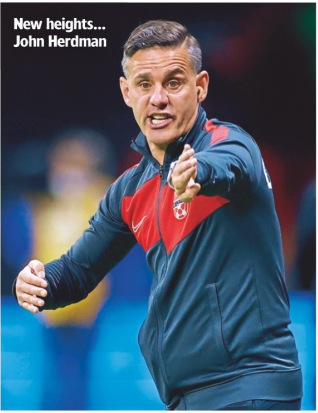