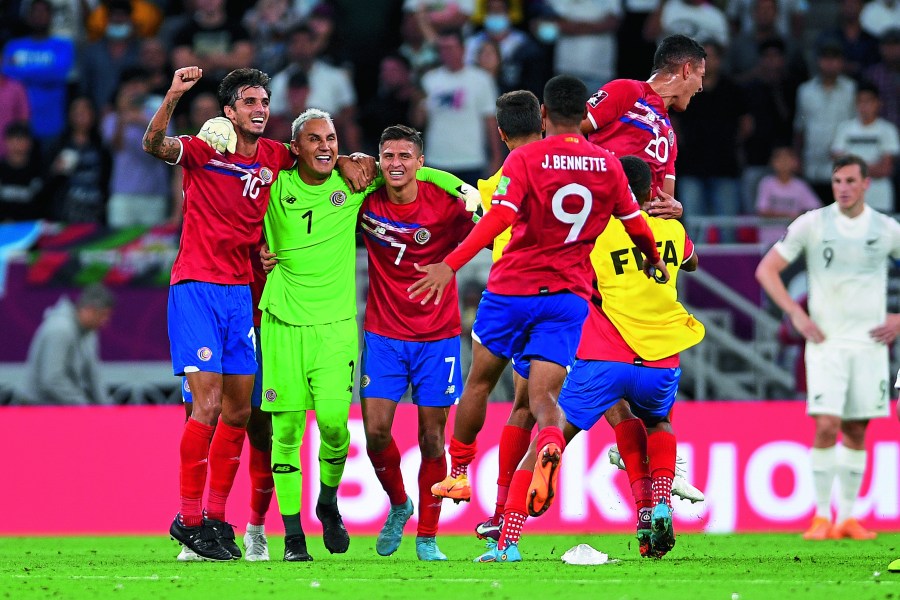 For Costa Rica, simply reaching Qatar is a remarkable achievement in itself

Costa Rica have been regular participants in recent World Cups, but this time around it took them a virtual miracle to qualify for Qatar 2022. After a terrible start to the qualifiers, the Tricolor won six and drew one of their last seven games to clinch their ticket to the inter-confederational play-offs, where they defeated Oceania’s New Zealand by the narrowest of margins.

This great moment of form, added to the still fresh memory of their excellent performances in Brazil 2014, where they reached the quarter-finals, could make on think of the Costa Ricans as one of the uprise packages in Qatar, but the reality is there are several factors that make it complicated.

Firstly, this Costa Rican side had a difficult time with the generational change. It is true that coach Luis Fernando Suarez did a great job incorporating young talents, such as Jewison Bennette, Brandon Aguilera and Orlando Gal, but the reality is that the core continues to be that of the illustrious veterans of 2014 and will have at least five starters that starred in Brazil, and are now over 30. Also, young players are perhaps too young. In the squad that was picked for the play-off match against New Zealand there were 12 over 30 years of age and eight players under 24 years of age. The generation in the middle has not been able to pick up the slack and the youngsters, while talented, are clearly lacking in experience.

To add insult to injury, the group appears to be extremely tough. With Germany and Spain as big favourites and Japan, a team with a solid player base in Europe, the Costa Ricans appear prime candidates to finish rock bottom. It is true that the predictions were even worse at Brazil 2014, but the team had several players at the peak of their performance, which does not seem to be the case today.

Among the veterans, Bryan Ruiz and Celso Borges have returned to Costa Rica after long and productive careers in Europe. Oscar Duarte has left Spain to play in Saudi Arabia, while Bryan Oviedo and Francisco Calvo (two veterans who did not feature at Brazil 2014) ply their trade in MLS and Turkey respectively. Only Joel Campbell, now based in Mexico’s LigaMX, plays at the same standard of years past, but he too seems to have started his decline.

Despite this, as always, Costa Rica will fight. Under the guidance of an intelligent and very professional coach in Suarez, with one of the best goalkeepers in the world in the form of Keylor Navas, and with maximum motivation and experience of those displays in past World Cups, none of the Tricolor’s rivals will have it easy.

THE VIEW FROM COSTA RICA

”It is clear that Costa Rica have improved but it was also evident that they barely qualified. The main question asked by the fans and the press in the face of a very complicated group is: ‘How to improve for the World Cup?’ It does seem like a difficult task, but there is some optimism given the experience of the team

”The last World Cup left us very beaten and in the qualifiers we suffered until the last minute. The hope is that Costa Rica always grow against complicated rivals, and in their group they will play plenty, but in football terms we are far from a good level to compete.”

Suarez has almost 30 years’ coaching experience, with spells in charge of clubs in Colombia, Ecuador, Peru and Mexico. He qualified Ecuador for the 2006 World Cup (where they reached the knockout stages for the first time in their history), Honduras in 2014 and now Costa Rica when all seemed lost. However there really was no miracle on his part for Los Ticos’ latest qualification. With just one win from their first seven qualifiers, it was merely a case of it taking a few months of his stint in charge for his players to understand what he wanted from them. 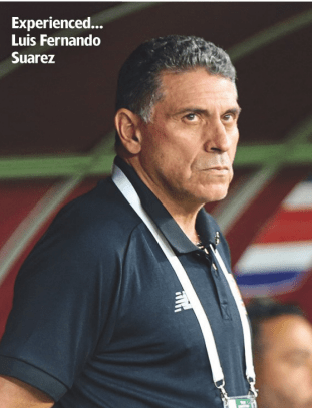