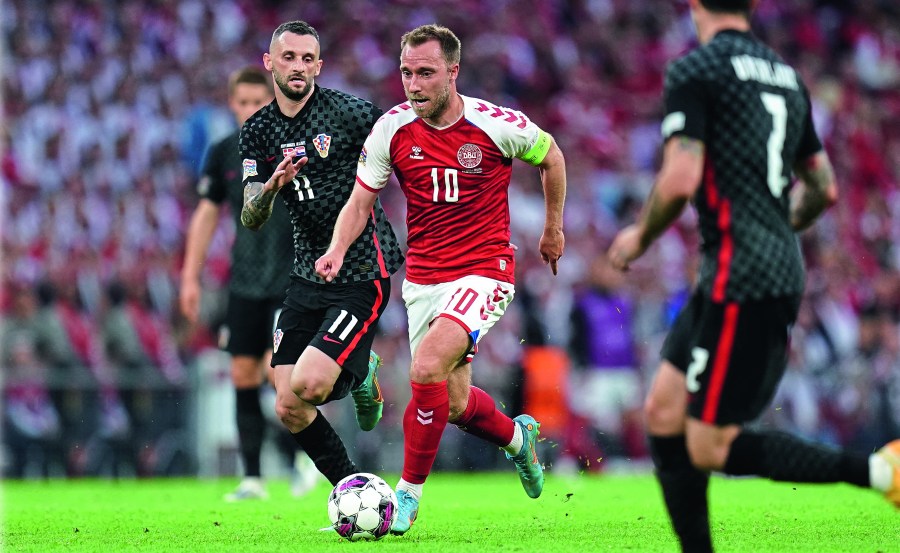 Denmark qualified in swift and impressive style, reaching the World Cup after just eight of their ten group matches. These were all victories, with 27 goals scored and none conceded – the latter a record-breaking statistic. No nation in European qualifying had achieved that before.

It underlines the huge confidence in the Danish team that reached the semi-finals of the European Championship after the trauma of seeing talisman Christian Eriksen collapse on the pitch during the opening match of the tournament.

The journey has continued to be emotional, not least with the unlikely but heartwarming return to the side of Eriksen himself. Denmark will be regarded as dark horses for this World Cup, but much may depend on whether key players like Simon Kjaer, Mikkel Damsgaard and Martin Braithwaite can fully recover from long-term injuries and get proper playing time at their clubs.

The preferred system is a tried and tested 4-3-3, but Kasper Hjulmand has developed flexibility that means he can alter the set-up according to both the strength of his opponents and the loss of their own players. Both 4-3-1-2 and 3-4-2-1 have been used to good effect.

A mighty presence and a strong voice. Eight consecutive clean sheets in qualifying was a new record.

Has a fabulous win rate as Denmark coach and provides inspirational and emotionally intelligent leadership.

Will captain and inspirational leader Simon Kjaer be fit for the finals?

Kjaer has been sidelined since December 2021 after sustaining a serious ACL injury, but aims to return for Milan in the new season. He has vowed to return stronger than ever, but that can never be certain.

Who will score in the big games?

Denmark had 18 different goalscorers in qualifying, yet the joint-most prolific was left-back Joakim Maehle with five. The return of Eriksen will clearly help, but the Danes need a striker to provide quality in the box. Various attacking combinations have so far been used in the form of Skov Olsen, Poulsen, Cornelius and Dolberg.

Four years ago Denmark drew 0-0 with France and qualified for the knockouts. Twenty years ago France arrived at the 2002 World Cup as champions and lost 2-0 to Denmark to suffer an instant exit from the tournament. After beating them in the UEFA Nations League in June, the Danes may well have Les Blues’ number.