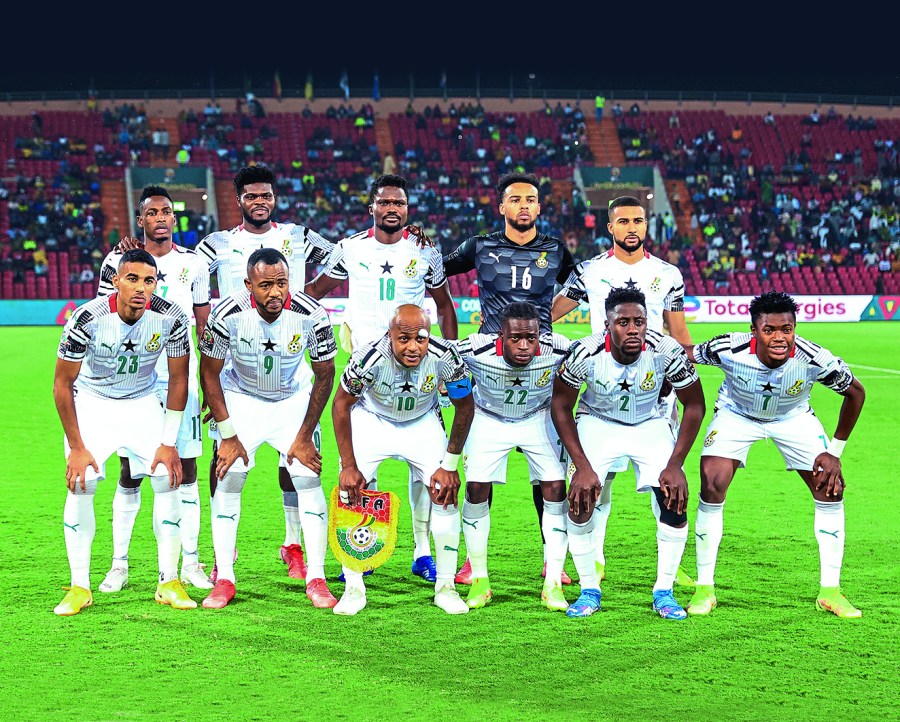 Upturn in fortunes for Ghanaian side in transition

Following a disastrous outing at AFCON 2021 – which saw an embarrassing group-stage exit – and a chaotic World Cup qualifying campaign, Ghana finally seem on the right track and are primed to be among the surprise packages of the 2022 World Cup.

An experimental technical team, led by Otto Addo as head coach and Chris Hughton as technical advisor, delivered World Cup qualification after getting the better of rivals Nigeria on away goals in March’s play-offs. Finally, the Black Stars are playing with cohesion and desire, but, after being paired with Portugal, Uruguay and South Korea in Qatar, Ghana are clearly underdogs in Group H.

However, in players like Thomas Partey and Mohammed Kudus, and the potential additions of Mohammed Salisu, Callum Hudson-Odoi, Tariq Lamptey and Eddie Nketiah, Addo has at his disposal a young, talented squad that can make an impact.

Usually lining up in a compact 4-2-3-1 or a flexible 3-4-3, Ghana’s biggest strength lies in midfield where Partey is tasked with breaking the lines and progressing play, while Kudus’ creativity and knack for goals make up for the team’s misfiring attacking players.

Has struggled with injuries since joining Arsenal but remains Ghana’s main man, scoring the crucial goal in the play-offs.

The ex-international arrived as interim coach in February, but his tenure has been extended after engineering WC qualification.

Back three or back four?

Ghana’s defensive options will get better, especially with Salisu’s imminent arrival. But that will also present a conundrum for Otto Addo, who now has to decide between a back four and a back three without comprising on the side’s balance.

What is Partey’s best position?

Partey’s best games in a Ghana shirt have come in matches where he has been deployed further up the pitch. However, the emergence of Kudus means the team now has a natural playmaker and it remains to be seen whether Partey will play as a central midfielder or as the anchorman.

Who makes the starting XI?

Addo has a big decision to make on his starting line-up. Should Lamptey, Nketiah and Hudson-Odoi complete their national switch, the Ghana coach will be spoilt for choice on which players to start. Another dilemma is Andre Ayew. His leadership is not in doubt, but the Ghana captain is no longer the pacy winger he used to be.