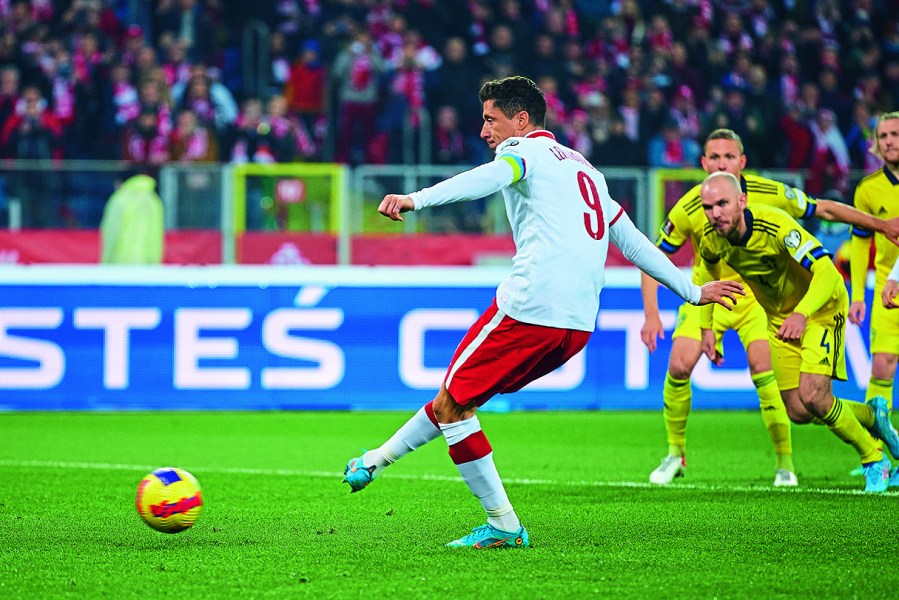 Poland needed only one game in the European play-offs to seal qualification for the World Cup, but before that it was an emotional rollercoaster.

They finished second in Group I behind England, but due to Portuguese head coach Paulo Sousa’s inexplicable decision to field a weakened side in the last game against Hungary, Poland were defeated 2-1, meaning they went into the play-offs unseeded and were drawn away to Russia.

In December Sousa unexpectedly terminated his contract, and in January Czeslaw Michniewicz replaced him. When the war broke out in Ukraine, the Polish FA chairman Cezary Kulesza,
together with the players, officially announced that they would not play the “aggressor’s team”.When FIFA and UEFA excluded Russia from all competitions Poland automatically entered the play-off final, where they played unexpectedly well to beat Sweden 2-0 in Chorzow.

In his first four matches in charge, head coach Michniewicz started with different formations – 3-4-3, 4-2-3-1, 4-3-1-2 and 4-5-1 – and always made further adjustments during the games themselves, depending on the situation. The 52-year-old explained: “We must have alternatives.

European Golden Shoe winner for the past two seasons. Poland’s most capped player and record goalscorer.

Described as “a specialist for special tasks”, he took over after Paulo Sousa’s unexpected exit.

Lewandowski’s endless transfer saga over leaving Bayern means that it is still unclear where and how he will play next season. The Italian media has speculated that Zielinski could also leave Napoli in
the summer, while Krychowiak’s future is uncertain after his loan spell at AEK from Russian club Krasnodar ended.

Will the UEFA Nations League help improve the chemistry of the team?

Michniewicz only had one friendly to experiment before the World Cup play-off against Sweden. Time should now be on his side in the Nations League, where the team will better understand his tactics.

Can Poland finally find a left-back?

Left-back has been a problem position for ten years, with successive coaches unable to find a solution. Tymoteusz Puchacz has been given a chance recently, but so far Michniewicz’s first choice seems to be Sampodria’s Bartosz Bereszynski, nominally a right-back