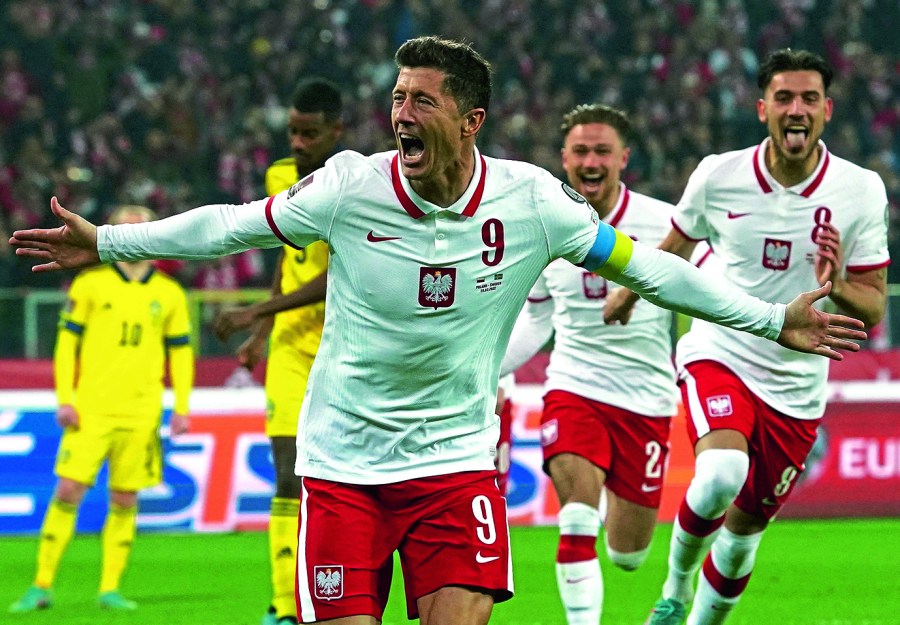 Poland’s route to Qatar was more extraordinary than most, with their qualification campaign defined by three unexpected twists.

In the group stage, they finished second in Group I behind England, holding Gareth Southgate’s men to a 1-1 draw in Warsaw. Ahead of their final match of the campaign, they only needed a point to be seeded for the play-offs, yet manager Paulo Sousa inexplicably chose to rest a number of key players – Robert Lewandowski, Kamil Glik and Piotr Zielinski – and was subsequently punished by a 2-1 defeat to Hungary, relegating the team to the unseeded half of the draw and a meeting with Group H runners-up Russia. 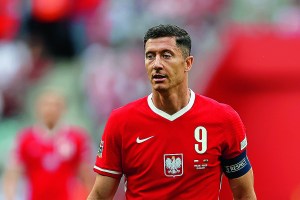 It was a mistake that neither Sousa nor his team would ultimately pay for. Firstly because, in the second twist of the campaign, the Portuguese coach terminated his contract in December last year in order to join Brazilian giants Flamengo (a job which, incidentally lasted a little over five months). He was replaced by Czeslaw Michiniewicz, the former coach of Poland’s Under-21s and Legia Warsaw.

The third, and most dramatic, twist came with Russia’s invasion of Ukraine just a month before their play-off semi-final was due to take place. Cezary Kulesza, chairman of the Polish FA together with the players, declared that they would not be involved in a match with the ”aggressors”. Having originally offered to move the fixture from Moscow to a neutral venue, FIFA expelled the Russians, granting Poland a bye to the final against Sweden.

In only Michniewicz’s second game in charge – the first an unconvincing 1-1 draw with Scotland – goals from Lewandowski and Zielinski secured a 2-0 win and place in Qatar. A bumpy road had, at last, taken the team to its destination.

Now, the new manager faces more typical problems and questions, such as what to do with the players short of minutes with their clubs, and how to maximise the talents of captain and talisman Lewandowski, in what will surely be his final World Cup. The fact that the 34-year-old has settled in so seamlessly at Barcelona, and will arrive in Qatar in top form, is particularly helpful.

Despite his many goalscoring records, Lewandowski is yet to truly deliver at a major tournament. The Polish fans and media have often held high expectations for him and the team, yet he has only helped guide them out of the group tournament once, at Euro 2016, while Poland’s last World Cup knockout match was in 1986. Repeating that is the goal in Qatar. Anything beyond will be seen as a bonus.

THE VIEW FROM POLAND

”The minimum aim is to qualify from the group. The last time Poland did that, at Euro 2016 when reaching the quarter-finals, it was considered a great success. Because we have Lewandowski and a few players at strong clubs, the expectations have been higher than the results the team has achieved for years.”

”Poland have Robert Lewandowski and a coach who is considered to be a lucky man. This, however, may not be enough to implement the minimum plan- getting to the knockout phase, which has not been achieved at the World Cup since 1986.”

As a player, Czeslaw Michniewicz was a goalkeeper who won two Polish Cups (1999,2000) and the Polish Super Cup (1999) with Amica Wronki. As a coach, he then repeated the feat, winning the Polish Cup and Polish Super Cup with Lech Poznan (2004). But it is his title victories with Zaglebie Lubin (2006-07) and Legia Warsaw (2020-21), along with his achievements in qualifying Poland’s Under-21 for the 2019 European Championships and its senior side for Qatar 2022, that remain his managerial feats to date. 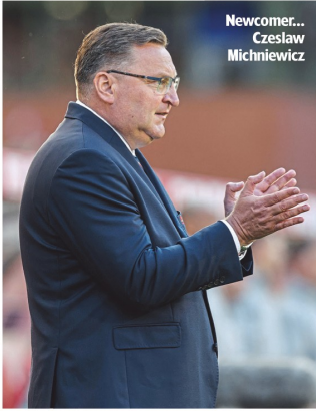