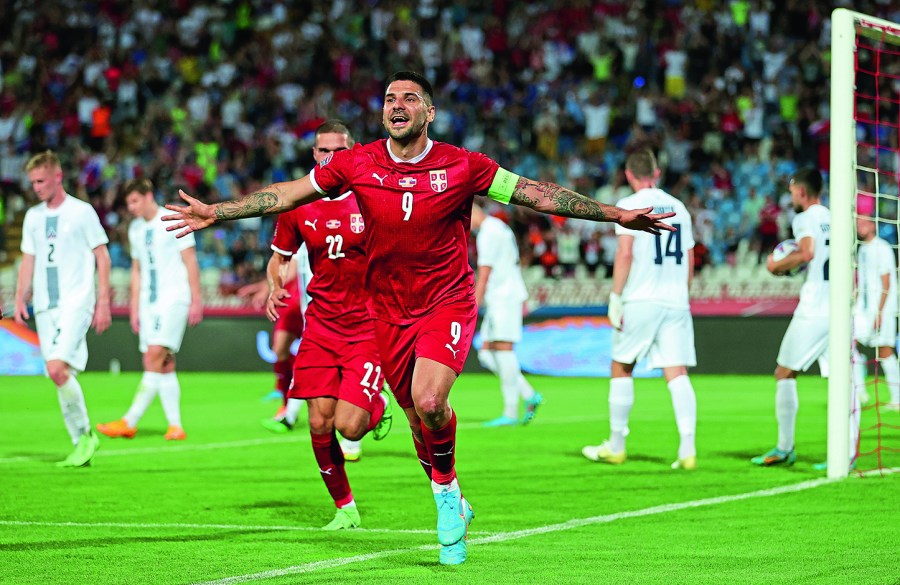 The Serbians qualified as group winners – against the odds – ahead of favourites Portugal, Republic of
Ireland, Luxembourg and Azerbaijan. Decisive was a 2-1 victory against Portugal in Lisbon on the last day of the campaign, thanks to a 90th-minute winner by talismanic centre-forward Aleksandar Mitrovic. It is believed that Dragan Stojkovic, who took over as Serbia head coach only a couple of weeks before the start of the World Cup qualifiers, deserves much of the credit for this unqualified success.

Stojkovic insists on attacking football and, indeed, the biggest strong point of this Serbian team is individual quality in attacking play, plus creating and converting chances – they scored eight goals in the games against main group rivals Portugal and Republic of Ireland. Areas of concern are a poor defence
and problems in building up play from the back – something Stojkovic will attempt to remedy before Qatar.

The lack of a quality right-back practically forced head coach Stojkovic to play three central defenders and wing-backs. The alternative option is a 3-5-2 with two centre-forwards (Mitrovic and Vlahovic). In that variant, Lukic is benched with Milinkovic-Savic dropping further back.

Possibly the best player in his position outside Europe’s top five leagues. Stopping him is easier said than done.

The ex-world-class player insists on attacking football. Not content with simply winning, he wants his team to show Jogo bonito.

Can Serbia improve their defence?

A clean sheet almost seems like Mission Impossible for this team, who conceded nine goals in eight qualifiers, several of them after unforced errors. Given the short time Stojkovic has at his disposal to try to sort things out, it looks unlikely that Serbia’s defence will be rock solid.

Will Dusan Vlahovic, who had back-to-back 20+ goal seasons in Serie A, be content with a substitute’s role?

Unlikely but, on the other hand, if Serbia play a 3-5-2 system with both Mitrovic and Vlahovic in the starting XI (plus three offensive players in Tadic, Lazovic and Kostic) such tactics could prove too risky
– especially against strong opposition.

Can any potential internal issues be avoided this time around?

It’s almost tradition for past Serbia teams (and Yugoslavia before that) that the good atmosphere generated after a successful qualification campaign falls apart for some reason or another. Serbia fans will hope that won’t be the case this time around.