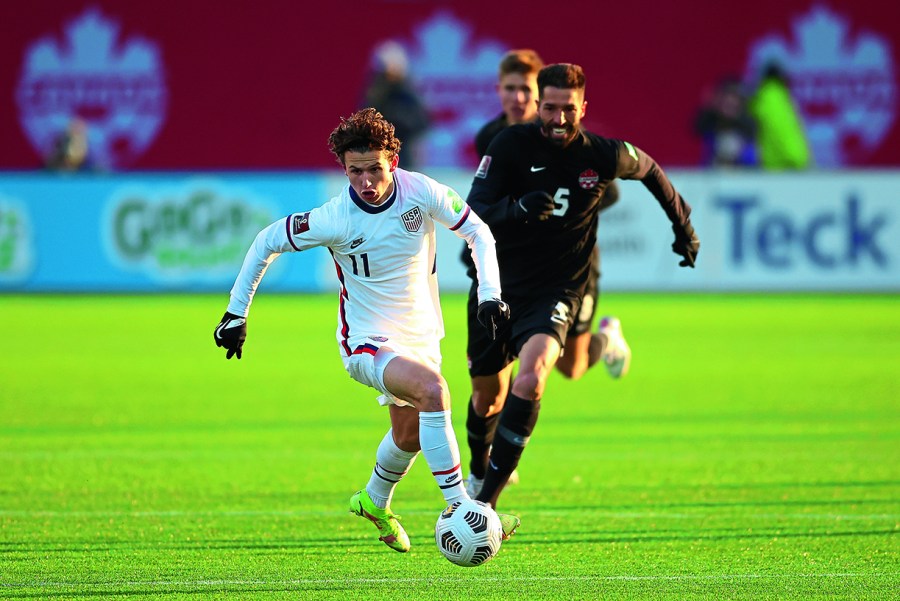 Having disastrously failed to qualify for the 2018 World Cup, the United States are back on the global stage. A stage on which they have big ambitions. Since that 2018 disappointment, they have won a couple of Concacaf regional tournaments – the Gold Cup and Nations League – but qualification for the 2022 World Cup was always the main aim.

They finished third in the eight-team round-robin, behind Canada and Mexico, and ahead of Costa Rica on goal difference, which was enough to go straight to Qatar and avoid an inter-confederational play-off.

Taking four points from Mexico was a highlight, and may signal a power shift to the north of the region. Supporters are pleased with the group-stage draw, and this squad is considered one of their most talented player pools ever. This all means there will be high expectations in Qatar come November.

Variations on a 4-3-3 formation have been a mainstay under coach Gregg Berhalter. From this shape, they aim to keep possession and press to varying levels depending on the opposition.Settling on suitable players in each area to execute this plan will be key.

The busy attacker from Pennsylvania remains the first name on the US teamsheet despite the emergence of other stars.

Approaching four years in charge, he has worked on possession and pressing to get the most from this talented bunch.

It’s Manchester City’s back-up keeper v Arsenal’s reserve keeper for the starting spot between the sticks. Steffen has been considered the one who will play out from the back more effectively, but Turner is a much better shot-stopper. Both playing back-up for their clubs isn’t ideal.

The US have struggled to find a consistent replacement for Jozy Altidore in attack. Several players have made a case only to see their careers interrupted by injury (Daryl Dike) or inconsistency for their club (Ricardo Pepi). FC Dallas forward Jesus Ferreira could well be the answer

Atlanta United’s Miles Robinson would be pushing to start in defence but a ruptured Achilles will likely see him miss the World Cup. Other potential starters including defender Chris Richards, right-back Sergino Dest and gifted attacker Gio Reyna all suffered untimely injuries which have affected preparations.