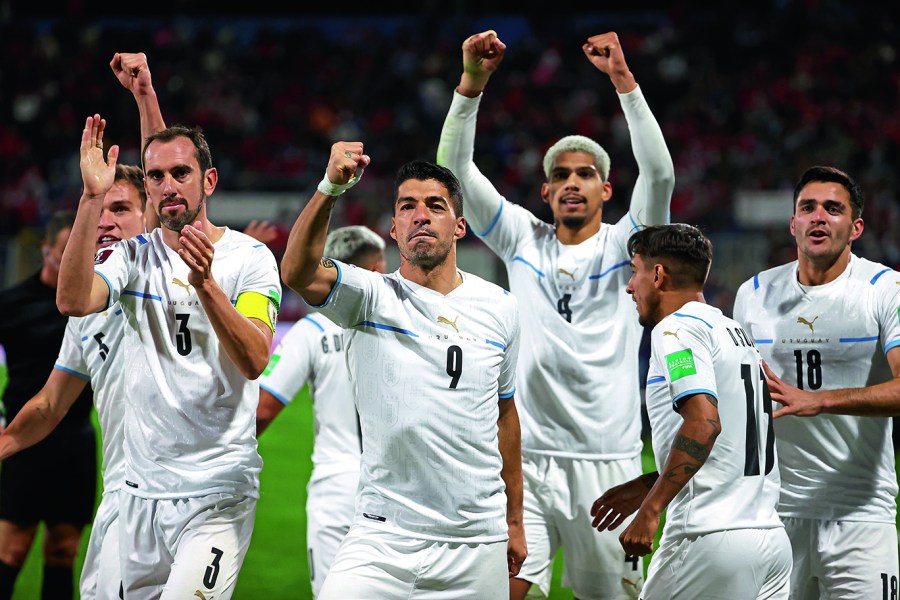 Can ageing stars go out on a high?

Statistically Uruguay were South America’s best side in two of the last three World Cups – a remarkable recovery from a tiny nation which had seemed to resign itself to mediocrity.

Much of the credit for this goes to the long reign of former coach Oscar Washington Tabarez, who was especially successful at overseeing the work at Under-20 level. Tabarez was seduced into staying on for Qatar, where the great old strikers Edinson Cavani and Luis Suarez would still be around and the fine new midfielders would have reached maturity. But it went wrong along the way. Injuries and an unkind run of fixtures led to a sequence of heavy defeats and, after over 15 years, a change of coach. In came Diego Alonso for the last four rounds, where, with some tweaks in personnel, Uruguay started winning again to book their place and remind everyone that they are still dangerous.

There are still some big decisions to be taken on how Alonso should set up his team, both in terms of personnel (how many veterans?) and in approach (whether to mark high or sit deep). They have the ability to switch systems during the game – to a back three, for example.

Valverde has quietly established himself as the key man with his lung-busting midfield versatility.

Diego Alonso ex-international striker who had spent a decade building a coaching career across the Americas when the call came.

With relatively easy fixtures and a need to win, Alonso went with a 4-4-2 to get Uruguay over the line. But a consensus is growing that Suarez and Cavani together is no longer always viable and the extra midfielder plays to the team’s strengths. Both veterans still have much to offer, but it looks like a case of only one in the XI –and that’s not to mention Darwin Nunez.

What to do with Diego Godin?
One of Alonso’s first moves was to protect the captain and centre-back, now 36 and past his best, but still a vital leader. He was placed next to a defensive right-back and a holding midfielder. The alternative is to move Ronald Araujo to centre-back and play a genuine right-back. It would be a big call, but Alonso must be mulling it over.

Who should play in goal?

The experienced Fernando Muslera was injured when Alonso first took over, so the coach turned to the home-based Sergio Rochet for the end of the qualifiers. Will he stick with that decision for Qatar?