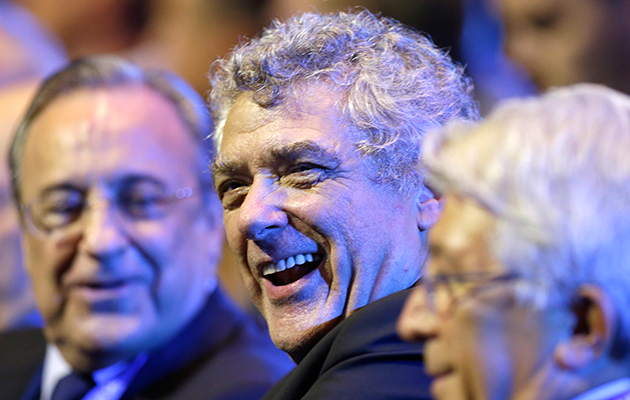 The prospect of Aleksander Ceferin being acclaimed as new UEFA president without need of a vote next week has moved a step closer with the withdrawal from the campaign of Angel Maria Villar.

The veteran head of the Spanish federation is senior vice-president of the European federation which is due to vote on Wednesday next week in Athens on a new leader to fill the long-empty vacancy created by the banishment from the game of Michel Platini.

However Villar, on being assured that major federations, including France, Russia and Germany, had promised their votes to the lawyer-president of the Slovene federation, has withdrawn from the race.

This leaves only Dutch federation president Michael Van Praag contesting the presidency and he may yet come to the same conclusion as Villar before flying to the Greek capital next week.

Villar is also a senior vice-president of world federation FIFA but is considered one of the conservative ‘old guard’ and out of tune with the change of culture in Zurich following the enforced departure of his former Latin colleagues from South and Central America as the well as banning of ex-president Sepp Blatter.

He has also been coming under increasing pressure in Spain though he is now likely to concentrate on winning re-election yet again in a vote scheduled to be held on December 20.

Villar, a Basque lawyer and former Spain midfielder, has led the FEF for the past 28 years and remains favourite to see off the domestic challenges of opponents Jorge Perez and Miguel Angel Galan.

But UEFA is a different political battleground altogether.

One of the latest shifts in European opinion against Villar was the financial coup achieved by the major western clubs last week in seizing ever greater control of the organisation and revenues of the Champions League and Europa League.

Ceferin is the only election candidate to have evinced a firm manifesto pledge to challenge the ever-increasing power of the likes of Real Madrid, Barcelona, Bayern and the Premier League billionaires.

This stance has gone down well with the smaller and middle-rank nations after bringing him early endorsements from much of eastern Europe and the Nordic nations.

The fact that major, influential western FAs such as Germany and France are also on board points to Ceferin seizing decisive command of the electoral stage.