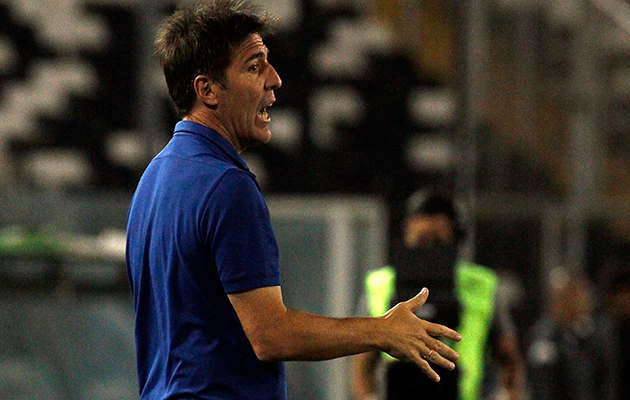 In the last round of the Chilean championship O’Higgins did a Devon Loch. The little club only needed to win at home to Universidad Concepcion to clinch the title. But they lost 2-1 – while rivals Universidad Catolica came from behind to beat Palestino by the same score and finish a point clear at the top of the table.

One of the traditional Santiago big three, Catolica’s promising young crop of youngsters were featured in this space at the start of February. This is their first title win for six years, a spell which has included a number of second place frustrations – not least at the end of 2013, when they finished level on points with O’Higgins and went down 1-0 in a play off.

That win, then, remains the only time that O’Higgins have claimed the first division crown. And even had they managed to beat Universidad Concepcion on Saturday, the 2013 triumph would still have been the more remarkable achievement. O’Higgins are from the city of Rancagua, about an hour outside the Chilean capital. In 2013 the club’s stadium was being renovated for last year’s Copa America. The club, then, were obliged to stage their home matches in the capital. For a small club to win a debut title without the benefit of home advantage is extraordinary – but though his work with the club served as a springboard for Argentine coach Eduardo Berizzo, now with Celta Vigo, that 2013 title remains something of Chilean secret. It received the smallest fraction of the global attention that surrounds the current Leicester City story.

That, of course, is hardly surprising – and not just because it is difficult to compete with the global giant that is the Premier League.

The absence of the home stadium adds spice to the O’Higgins story in 2013, but they are by no means alone. A decade ago, for example, a tiny provincial side called Rocha won the Uruguayan title – and performed a lap of honour with the club mascot, a cow. They have since returned to the second division – but this season, Plaza Colonia, another club from outside the capital, are well in contention – and as recently as ten years ago their economic problems were so severe that they were unable to take part in the second division. 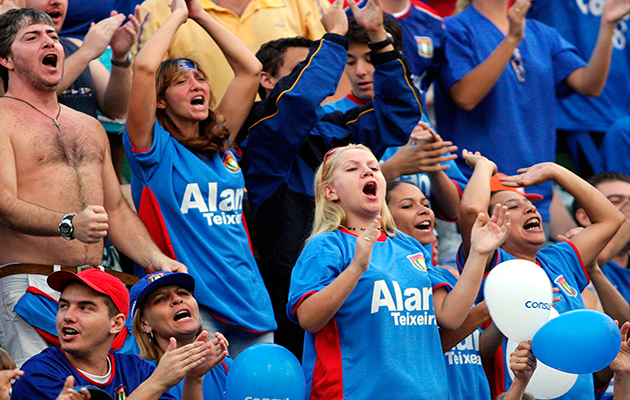 From Brazil there comes the example of Sao Caetano, from the industrial outskirts of Sao Paulo. The club were only formed in 1989. Eleven years later a bizarre league format allowed for the top flight title to be contested by teams from the first three divisions. Sao Caetano catapulted themselves from the third division, came close to becoming champions and, operating on gates of around 2,000, were a force for a few years – going all the way to the final of the 2002 Copa Libertadores, where they only lost on a penalty shoot out. San Martin of Peru were founded by a university in 2004. With a tiny fan base, mainly made up of the institution’s students, they won the national league title three times between 2007-10.

There are a number of explanations for the triumph of the minnow in South America. One is the format of the competition; a short tournament (some countries play two separate championships per year) or the use of play-offs can clearly benefit the smaller team – who need to sustain their form for a shorter period of time in order to be competitive. It is significant that the adoption of a pure league format in Brazil has – so far at least – ended the chances of a club such as Sao Caetano making a grab for glory.

And the playing field is also levelled by the fact that in the modern era even the biggest South American clubs live in a permanent state of transition. The best players are forever being sold – if not to Europe then to China, the Middle East or the USA.

Furthermore, it might be argued that in South American conditions it should be easier to create a bond between players, almost all of whom come from a similar linguistic and cultural background. Some Argentine coaches, for instance, have returned from Europe complaining of the difficulty of forging a team spirit in a dressing room drawn from 15 different nationalities.

Leicester City, though, have overcome all of these obstacles. Their story deserves its global profile.