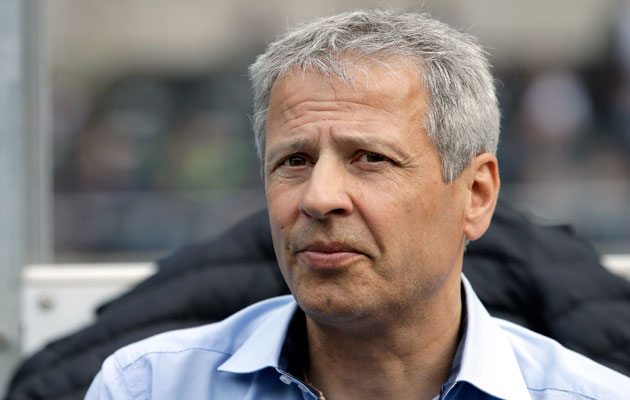 1. Favre walks away from a stunned Gladbach
After losing their first six competitive games this season – five in the Bundesliga and a 3-0 Champions League reverse at Sevilla – Mönchengladbach lapsed into further disarray on Sunday night when long-serving coach Lucien Favre surprisingly resigned.

In charge of the Foals for the past four-and-a-half years and responsible for transforming them from relegation-threatened rabble to top-drawer European participants, the former Swiss international midfielder had the absolute backing of the Gladbach board to successfully ride out the storm, but in shades of Jürgen Klopp’s departure from Dortmund last string, ultimately came to the conclusion that he was not part of the solution.

“I no longer have the feeling that I’m the perfect coach for Borussia Mönchengladbach, ” went Favre’s statement. ” In this situation, the best decision is to vacate my post. I had to take this decision for Borussia’s future. At this time, it’s the best course for the club and the team to have a change. ”

Only a few days previously, Gladbach director of sport, Max Eberl, had described Favre as ‘unsackable’. Clearly the latter did not agree.

2. Ingolstadt are a tough nut to crack
The first newly-promoted Bundesliga club ever to win their opening three away fixtures in the top-flight, Ingolstadt have proved themselves to be the masters of road trip minimalism, neatly and methodically recording 1-0 victories at Mainz, Augsburg and this weekend in Bremen.

With ten points from a possible 15, Ralph Hasenhüttl’s meticulously-organised side already are a quarter of the way to survival and for a squad of so-called lightweight’s and journeymen, that’s some achievement.

Sealing the deal in Bremen courtesy of a last-minute penalty from substitute Moritz Hartmann, their performance at the Weserstadion was typical FCI under Hasenhüttl: the agressive, unrelenting pressing game, counter-attacking nous, collective cohesion and sheer refusal to buckle when dominated, a state of mind exemplified by skipper and central defender Marvin Matip and Brazilian midfield ball-winner Roger. Clean sheets and opportunism. Catenaccio alive and well.

3. Dost blows a gasket, Hecking sends him to the naughty step
If the harsh words of Wolfsburg coach Dieter Hecking are any indication, Dutch striker Bas Dost, the VW club’s top marksman last season, is on borrowed time.

Disgruntled at being substituted at half-time in last week’s Champions League victory at home to CSKA Moscow, Dost apparently continued to moan during several subsequent training sessions and feeling that the former Heerenveen target man had crossed the line, Hecking opted to drop him for Saturday’s encounter with Hertha Berlin.

Dost duly would come off the bench to break the ice, scoring both his side’s goals in a 2-0 victory. Ex-cop Hecking, however, was in no mood to withdrew the charges: ” For the last three days, he’s been sauntering around and we don’t need his egotism here. He’s been behaving as if his toys had been snatched away. If he thinks his is the right way to act, he’s in the wrong place at Wolfsburg. ”

4. The sad case of the Dortmund forgotten man
While Thomas Tuchel’s side continue their glorious start to 2015-16 – winning all five games so far and looking nigh-invincible in Sunday’s 3-0 home victory over Leverkusen – new midfielder Gonzalo Castro has very little reason to celebrate.

Signed from Leverkusen this summer for 11 million euros, the versatile German international was supposed to be one of the cornerstones of the new-look Yellow-and-Blacks, but to date has only featured as an occasional substitute and with young gun Julian Weigl and Ilkay Gundogan performing so well in the engine room, must be wondering if he ever will start.

Used to a fast-paced and direct attacking style at Leverkusen, Tuchel’s possession game does not really suit him and one has to ask the question why he was recruited in the first place.

5. Hopp makes a bad situation worse
With Hoffenheim only boasting one point from a possible 15, the south-westerners already are in full-blown crisis mode.

So what on earth was club owner Dietmar Hopp thinking about recently when a mixing up a vote of confidence in coach Markus Gisdol with criticism both of the latter and the players, slamming Gisdol for ordering the squad in for extra training following Friday’s 3-1 loss at Mainz and suggesting that the team’s biggest problem was a mental one.

Famous old Derby and Nottingham Forest manager Brian Clough always used to say that directors knew nothing about football and Herr Hopp has proved it once more.