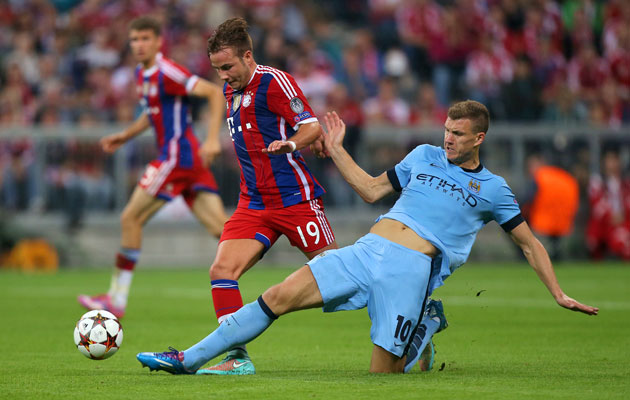 1. Bayern Munich: Find me a scapegoat.

Bayern creative wunderkind, Mario Gotze not only requires a crash helmet while riding his moped. It also comes in useful protecting him from the storm of virulent criticism currently raining down on him.

Gotze was pilloried for sharing a joke with good friend and Barcelona keeper Marc-Andre ter Stegen after Bayern’s 3-0 Champions League semi-final defeat at the Camp Nou and attacked by national icon, Frank Beckenbauer, for his alleged lack of desire (“Sometimes in his movements, he’s like a schoolboy player, who loses a challenge and stands there. It’s high time he grew up.”)

Super Mario’s double-quick descent from adored World Cup final goalscorer to bench-warming misfit simply goes to show how quickly the mighty can fall. And how far. After a sprightly start to the season, the little maestro gradually has lost his spark and right now he looks a shadow of the brilliant youngster Bayern paid Dortmund 32 million for two years ago.

Pep Guardiola clearly has lost faith in him and while the situation is not irredeemable, today’s Bayern is a very jittery place, where anything can happen. Saturday’s 1-0 home reverse against Augsburg was the champions’ fourth straight loss and change may be afoot at any number of levels.

2. Gladbach prepare for a stay in the presidential suite 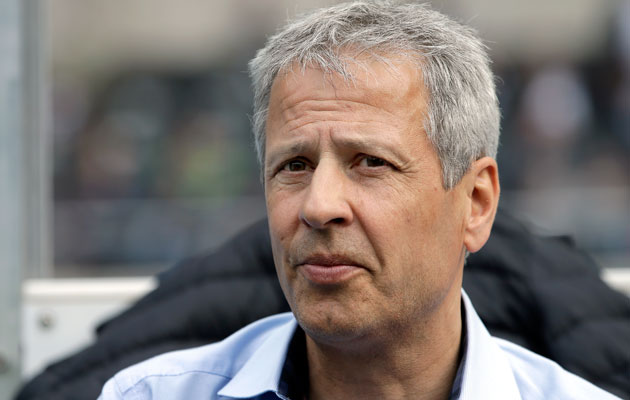 Borussia Monchengladbach, who are planning to build a luxury hotel on land opposite the main stand of their stadium, certainly produced a Ritz-like performance in their 3-0 victory at home to Levekursen on Saturday in the battle of the European elite wannabes. The result left the Gladbach Foals one win away from securing the third and final direct Champions League qualification spot behind Bayern and Wolfsburg.

Borussia have been the best team in the “Spring Championship”, with 36 points from a possible 45. Their outstanding defensive organisation, speed on the counter-attack and ability to switch in the blink of an eye from the pragmatic and the conservative to the fluid and the inventive has the potential to serve them very well indeed against the continental cream of the crop. In Swiss coach Lucien Favre, they boast one of the most astute tactical brains in the business. Provided, that is, that Bayern do not make him an offer he can’t refuse.

Rather than diplomatically wait until the end of the season to break the good tidings, Bremen’s decision to spill the beans immediately – going as far as to publicise a photo of the Nigerian front-man in front of “100 per cent Werder” banner – was by anyone’s definition, unwise and disrespectful. Not only did it expose the naive Ujah to a storm of Cologne fan outrage, it also destabilised the Rhine club at a vital time.

Werder promptly apologised (“Our euphoria over the transfer was not a good advisor.”) and at least the “Kolner” came through it unscathed, beating Schalke 2-0 to secure their top-flight survival.

4. The relegation plot thickens.
With a mere two points separating the Bundesliga’s bottom-five clubs (Stuttgart, Paderborn, Hannover, Freiburg and Hamburg), the relegation cauldron continues to bubble on full gas and probably will stay that way right to the bitter end.

Since three points for a win was introduced in 1995-96, the gap between the 14th and 18th-placed sides never has been so narrow. Just to crank up the suspense, the last two rounds of the campaign will feature three critical duels: Stuttgart receiving Hamburg next weekend and Paderborn at home to Stuttgart and Hannover hosting Freiburg on the last day.

The big winner of the weekend in the basement? Undoubtedly Stuttgart, who prevailed at home for only the fourth time this season, seeing off Mainz 2-0.

5. Schalke implode.
Out of the reckoning for next season’s Champions League and far from assured of a Europa League place, Schalke are in real danger of missing out on European competition for only the second time in 15 years.

As predictable as night following day, the knives are out in the Royal Blue camp. After slumping to a white-flag 2-0 defeat at Cologne on Sunday, director of sport, Horst Heldt, promised a clear-out of the uncommitted and unconcerned. It would not take long long for the cull to kick off, with Ghanaian playmaker Kevin-Prince Boateng and German international winger Sidney Sam both shown the door with immediate effect and midfielder Marco Hoger suspended.

“If someone isn’t prepared to do things our way, there’s no point him training with us,” stormed Heldt. Let the panic begin.