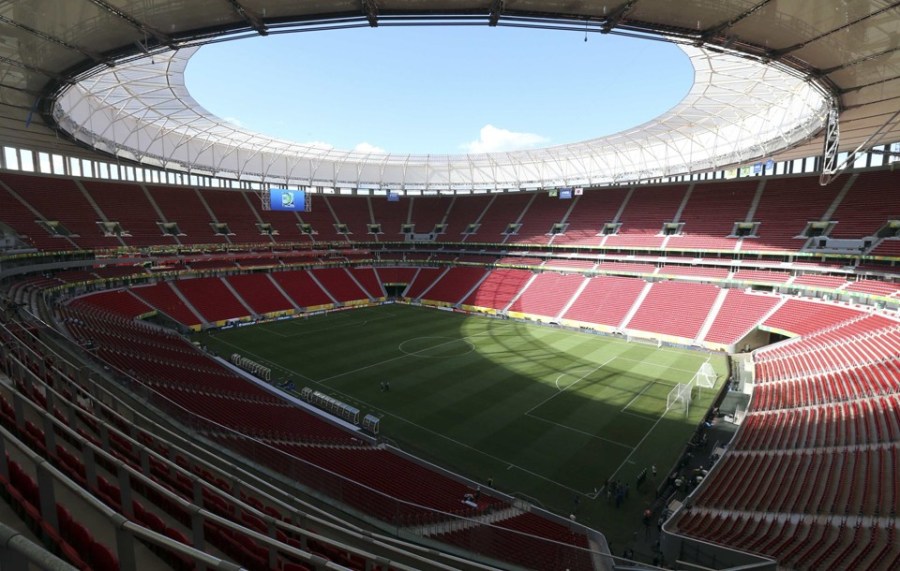 In recent years Brazilian clubs have developed a habit of ‘selling’ some of their home games – accepting a financial offer to stage them away from their own city.  Momentum has been given to this movement by the construction of the 2014 World Cup stadiums, especially those in Brasilia, Cuiaba and Manaus.

There is an obvious problem here.  Such practice clearly infringes the integrity of a league campaign, which is based on the principle of all the teams meeting each other home and away.

The league format is relatively new in Brazil – it was introduced a little more than a decade ago – and it took a while for this basic point to be understood.  Last year, though, came the realisation that the ‘selling’ of home advantage was a distortion, and it was banned for the closing rounds of the championship.

The clubs have now agreed to ban it outright from this year’s national league, which gets underway in May.

The ban has led to howls of anguish from some – especially in Brasilia, Cuiaba and Manaus.  Jaime Recena, Brasilia’s Secretary for Sport, Tourism and Leisure, called the ban “an ill judged, mistaken decision, which harms both the World Cup stadiums and the supporters.”

Many agree, making it worthwhile dissecting the implications of what Recena is saying.

Mass media, especially radio, played a huge role in spreading football around this giant country.  Until 1960 Rio de Janeiro was the nation’s capital, and radio stations broadcast the matches of the city’s big clubs all across the land.  During the 1930s, as radio was becoming especially important, the Flamengo club re-branded themselves from an elite outfit to a representative of the Brazilian working man.  The move worked so well, people from all over the country identified so much with the club’s new identity, that to this day Flamengo can fill stadiums at the other end of the country.  Other clubs from the big centres may not have quite the same level of attraction, but can also boast nationwide followings.

This was all very well for developing and spreading the game.  But at a certain point this can an impediment to fully fledged development.  Because Flamengo are, at the end of the day, a club from Rio, in the South East – not from the North East, where they are very popular, or from Brasilia, in the centre of the country.

It is inevitable that Brasilia will have plenty of fans from the Rio clubs, since when the newly built city became the capital in 1960 many public servants moved there from Rio.  There is also a sizeable contingent of supporters of Atletico MIneiro, from Belo Horizonte.  “In Brasilia, says Jaime Recena, “there are lots of Atletico fans who would like to see their team play here in the league.”  Recena’s idea, then, is that clubs such as Flamengo and Atletico Mineiro should be allowed to play the occasional fixture in Brasilia in order to give a hugely expensive stadium something to do.  Many find this idea seductive.  But any short term benefits are surely outweighed by long term detriments. 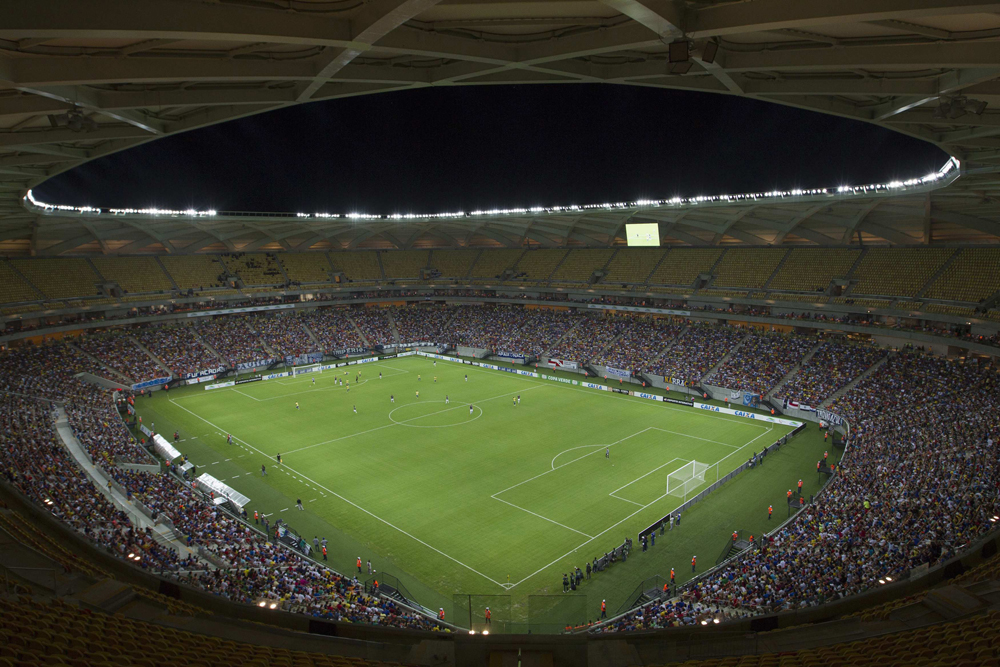 The Amazonia Stadium in Manaus that hosted England’s 2014 World Cup game against Italy.

There were two (honest) justifications for building stadiums in places such as Brasilia, Manaus and Cuiaba.  The first was to include as much as possible of the country in the 2014 World Cup.  The other, the important one, was to promote and foster the game in these locations, which lack a tradition of strong local teams.

This second task will clearly take time.  And it is highly likely that it is hindered by the sporadic visits of big clubs from the traditional centres.  How can the local club build a support base when it is competing against such glamorous intruders?  It is all very well for those from elsewhere in the country to retain some kind of affection for the likes of Flamengo or Atletico Mineiro.  But as an industry, the Brazilian game would do far better to transform them into fans of their local team – especially if they live in Brasilia, Manaus or Cuiaba, which now count on expensive and impressive, but idle, new stadiums.

If these stadiums are dependent on the occasional matches of teams from elsewhere then the best they can hope for is a permanent life in the intensive care unit.  In the long term their only prospect of a healthy existence is to stage the games of a well supported local team.  If this is deemed impossible, it is an admission that these venues should never have been constructed.