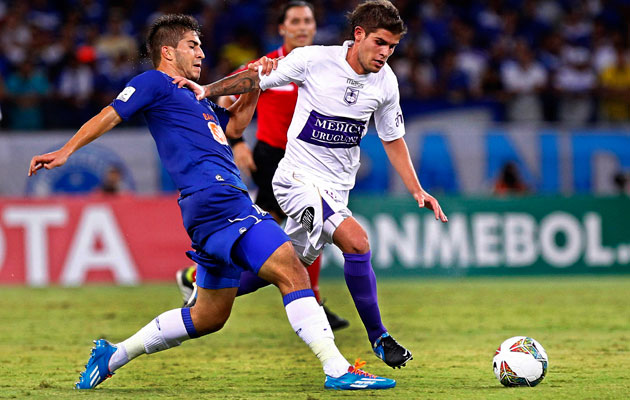 Showing unusual continuity in contemporary Brazilian football, Cruzeiro kept the same side, with the same coach, together for two years, winning consecutive league titles in the process. The big failure was the 2014 Copa Libertadores – the big opportunity to put it right was this year’s competition.

But suddenly the team has broken up. Young central midfielder Lucas Silva has joined Real Madrid, while two of his more attacking team-mates, members of the current Brazil squad, have taken more surprising options. Ricardo Goulart has gone to China, while key playmaker Everton Ribeiro is moving to the Arab Emirates.

With his promising range of passing, Lucas Silva is something of a rarity in the recent Brazilian game. The destination of the other two would seem to indicate, as the great Tostao noted, that “the Europeans are losing interest in our players.” But why, on the eve of what looked like a key Libertadores campaign, have these three players (and others from the Cruzeiro squad) moved on?

In part this reflects a degree of nervousness on the part of investment funds and other third parties who have acquired a percentage of the rights of these players. There is uncertainty about the consequences of the recently announced FIFA ban on Third Party Ownership. The safest course of action, it was concluded, was to make good on their investment now.

But also these sales are a reflection of the downturn of the Brazilian economy. It has hit the clubs hard. Less money is coming in from sponsorship deals and many of the clubs have run into financial problems. It has also become clear that during the boom time clubs were merrily spending beyond their means. Debts have rocketed.

In recent months a bill has been going through the Brazilian political system attempting to deal with a large part of this problem – the amount of money the clubs owe to the government. The bill, passed by both houses, allows for a renegotiation, with the clubs having longer to pay at reduced interest rates. The football lobby in Congress – those involved with or connected to the running of the game – won an initial victory. The bill was passed, with the clubs gaining generous terms – but changing nothing in return. The Bom Senso (‘Common Sense’) movement, representing many of the players, has been calling for financial fair play regulations, with more mechanisms designed to prevent club presidents overspending and then walking away at the end of their mandate. This was not included in the bill. But in mid January Brazil’s president Dilma Rousseff vetoed the bill as currently worded – opening up the possibility of a healthy debate on how Brazil’s clubs might be better run.

One area where some progress has been made in the current century is the adoption of the league system, with all the first division teams playing each other home and away. There are problems with the way it has been implemented in Brazil; a league needs a pause before hand in order to get off to an exciting start, but the existence of the state championships immediately beforehand rules out this possibility. But at least the league system guarantees that clubs will be in activity throughout the year. Under the previous play-off arrangement, most clubs had to sit out of the decisive stage of the action.

But now the new president of Gremio, Romildo Bozan, wants to turn the clock back. He is lobbying for a return to the play-offs. On this issue, the bald Mr Bozan would seem to have more hair than sense. 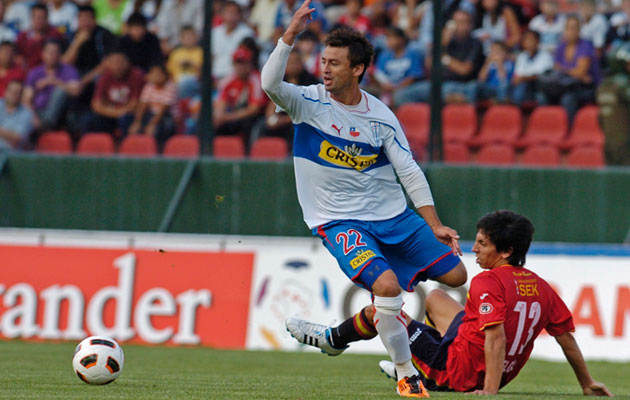 Roberto Gutierrez, one of a number of veterans recalled to the Chile team for the friendly vs USA.

Chile are in action this Wednesday in a friendly against the USA in Rancagua, part of the warm up programme for hosting the Copa America in June.

Founder members of the Copa in 1916, surprisingly, Chile have never won the competition, and the pressure is on them to put that right this time. Some of their opponents will be treating the Copa as a scouting mission for the next set of World Cup qualifiers. Chile’s squad for the USA game shows that coach Jorge Sampaoli is more focused on the short term.

As this is not a FIFA date, only home-based players have been named. Some youngsters have been included, but 8 of the squad have passed the 30 mark. And there are interesting recalls for three veterans – left footed midfielder Mark Gonzalez, 30, central midfielder Jaime Valdes, 34, and burly centre forward Roberto Gutierrez, 31. None of these players are likely to be around come the 2018 World Cup. Their sights must be set on glory on home ground this June.

Wednesday’s match, then, is a golden opportunity for them to stake a claim for a place in the Copa America squad, and the chance to end Chile’s century old hoodoo.