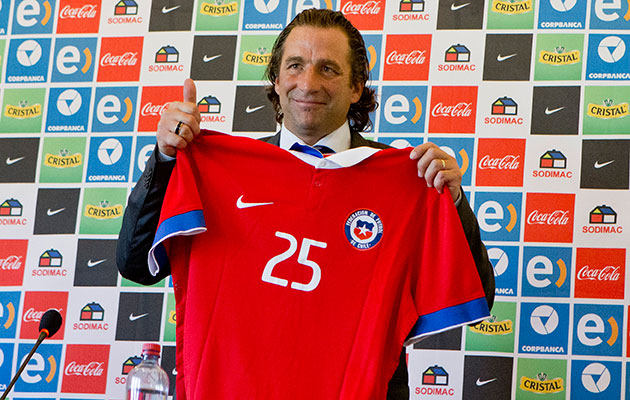 After the resignation of Jorge Sampaoli, Chile were in a hurry to find a new coach – but had to put up with a few rejections before Juan Antonio Pizzi accepted the challenge.

It is not hard to work out why some were reluctant.  After hitting an all time high, there are a number of reasons for fearing that Chile might be on the downward slope – not least the financial problems of the local FA.  They now want to renegotiate a deal sorted out with the players in November on bonuses for qualifying for Russia 2018.  This might not go down well with an experienced group of players, one of whom, Marcelo Diaz, confessed last month that Chile can be “a difficult dressing room.”

Then, of course, there is the question of whether some of those experienced players might be a little bit too experienced come the next World Cup.  Providing Chile qualify, it will be the third tournament for many of the present group, and perhaps might be one too many for some of them.

And then there are the doubts around how to follow Sampaoli, moulded in the Marcelo Bielsa school, with his intense pressing style in which both full backs often push forward at the same time.

Pizzi, the Argentine who ended up playing his international football up front for Spain, is a much more conventional coach.  Much of his best work has been carried out using a conventional 4-2-3-1 formation with a big centre forward up top – not a style of play that Chile have recently employed.

But perhaps Chile’s new coach can take some heart from the opening weeks of the domestic championship.  Four rounds in to the 2016 Clausura, the early pace setters are Universidad Catolica – a club Pizzi coached with considerable success.  He won the domestic title in 2010, and the following year took Catolica to the quarter final of the Copa Libertadores, and agonisingly close to the semi finals – a rare success for Chilean football in the recent history of South America’s premier club competition.  More than anything else, it is Pizzi’s time at Catolica that put him in the frame for the national team job.

Pizzi, then, already has a reason for looking on the club with a certain affection – and the opening exchanges of the Clausura may well have given him cause to strengthen the relationship.  There is something interesting going on at the club.  Coach Mario Salas has assembled a group of young players whose promise may extend to the future of the national team.

In the short term the most important might be Nicolas Castillo – especially bearing in mind Pizzi’s frequent preference for a genuine centre forward.  Chile’s leading option in the position has been Mauricio Pinilla, a bit part player under Sampaoli and one who is now reaching the veteran stage.   At 22, though, Castillo is full of beans.  He was a teenage revelation at the club who probably made a premature move to Europe.  After two years split between Belgium, Germany and Italy he has now returned home and has emerged straight out of the blocks, with 6 goals in the first 4 games.  If Pizzi wants to play with a target man, then Castillo must come into contention.

Jeisson Vargas may not be quite so close to a senior call up.  But the 18 year old striker is the most exciting player to emerge in Chilean football for a while.  Quick, strong and skilful, he made his breakthrough in the last few months of 2015, usually operating wide on the right.  With the sale of the ex-Liverpool left winger Mark Gonzalez to Brazil, Vargas has now swapped flanks, and has also started the season in fine form.  Indeed, the understanding he is developing with Castillo might be a plus point for the future of the national team.

There are others, too.  Diego Rojas, a little 20 year old playmaker, underlined his potential by coming off the bench to score a fine gaol that clinched a 4-2 win away to Universidad Concepcion on Saturday.  Two years older, midfield anchorman Cesar Fuentes could grow into the role currently filled in the senior side by Marcelo Diaz.  And on Saturday, with both first choice centre backs missing, there were two youngsters in the heart of the defence – the home produced pair of Guillermo Maripan, 21, and the composed Benjamin Kuscevic, 19, who has already spent some time on the books of Real Madrid.  Neither of these are remotely close to a senior call up – but they are names to follow in a position where Chile have been forced to improvise in recent times.

Pizzi goes straight into the deep end.  His reign begins next month with a World Cup qualifier at home to Argentina, quickly followed by a trip to Venezuela.  This, surely, would not be the best time for an excess of experimentation.  But the Centenary Copa America in June has now become an opportunity.  Something of a burden had Sampaoli stayed on, the competition is now an opportunity for Juan Antonio Pizzi to blood a new generation of players and start doing things his way.