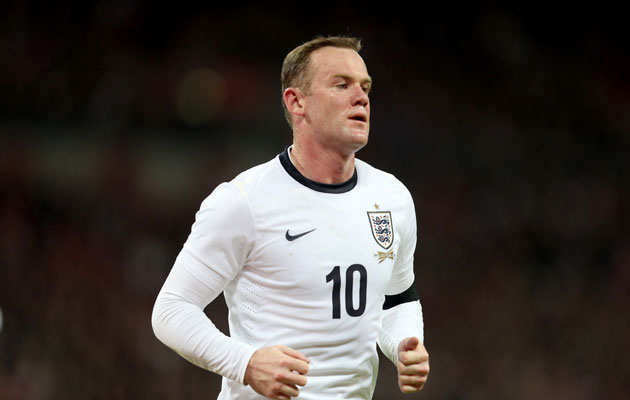 Paul Scholes, who is becoming something of a severe judge of English football, having spoken critically of Jack Wilshere who, according to Scholes has long failed to improve, now has Wayne Rooney in his sights.

He has said: “There’s a chance that Wayne has worn out. Wayne#s peak may have come younger than what we’d expect of footballers traditionally. Age 28 or 29 has been the normal peak. With WAyne it could have been when he scored 27 league goals in 2011-12, when he was 26. Wayne might be a player who’d retire come 31 or 32, given the amount of football he’s played.

“I don’t think Wayne will be able to play centre forward until he’s 34 or 35. But he could play centre midfield until his mid 30s. I’m not saying Wayne needs to be dropped, but i his form does not get up to scratch in the warm ups or in the first game of the World Cup, it will be interesting to see if the England manager has the balls to make that decision.”

Indeed, my own feeling is that Rooney, who, not by any means free from injuries, has disappointed in the last two World Cups, should not be used in this one. This, despite the current optimism of Rooney himself, because I do not think that he and Daniel Sturridge, very much the principal England striker at the moment, can succeed as a front pair.

It was all too obvious when England lost to Chile at Wembley, that Sturridge, in the first half, was not remotely the player he became in the second after Rooney had departed.

Rooney had a glorious European tournament in Portugal in 2004 when, had he not been kicked out of the game early in the quarter finals in Lisbon, England might well have gone on to win the tournament.

But these are distant days, still more distant than the last World Cup, when he rounded on disillusioned fans; having been sent off in the quarter finals of previous tournament, against, yes, Portugal!

By an irony is looks as if Diego Costa and David Villa, both now – though in Costa’s case, for how long? – now with Atletico Madrid, could be candidates for a place i Spain’s World Cup attacks.

In the Champions League final in Lisbon, the odds shifted heavily in Real’s favour, when the prolific and incisive finisher, Diego Costa, who should arguably have not been risked at all, departed the field in less than ten minutes, with that persistent hamstring injury. Which could yet keep him out of ction in his original country Brazil.

For Villa, the final was something of a reaffirmation. Barcelona had cast him out. Spain, happy enough it seemed to operate without a genuine centre forward, had no need of him either.

But in the absence of that excellent Turkish attacker, Arda Turan, Villa, who may still come to England, having bee on he verge of signing for Spurs last year, played his heart out and was hugely impressive.

All credit to Gareth Bale for so successfully and excitingly adapting to Spanish football and the enormous pressure of playing for Real. He was eulogised in the English press after the Champions League final, but objectivity should rule. He did eventually head that vital goal – frankly something of a gift – but in normal time he did miss two palpable chances which, given the breathlessly late Madrid equaliser, could well have cost his team the match.

Harry’s luck. By and large it has served him on the field as well as of it.

Yes Spurs sacked him after England, too, had turned him down. But, as he reminded us after the Wembley play-off victory by QPR, he won his court case against what seemed like formidable odds.

For my part, I thought it appalling that whatever the verdict, this should have taken so long to come to court at all.

QPR’s late and fortuitous victory over Derby County reminded me, watching, of something said to me an age ago by former England manager, Walter Winterbottom. That football differed from so many other sports because it was relatively so difficult to score a goal. Derby, admittedly against ten men for much of the second half, should have scored several.