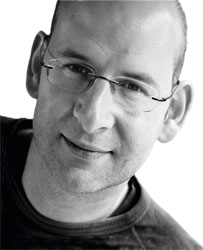 In the days after the extraordinary impact of the Hillsborough Independent Panel’s report, which delivered the unanswerable truth about the disaster, there followed a strange swirl of competing emotions.

The national apology from the prime minister, David Cameron, to the bereaved families of the 96 Liverpool supporters who died on April 15, 1989, left no doubts. It had been a “double injustice”, he said; first the disgraceful deaths of mostly young people at a football match, then the shameful “denigration” of the victims, for no greater cause than the South Yorkshire police seeking to avoid blame.

South Yorkshire police issued an apology and talked about sending their industrial-scale changing of officers’ statements to the Independent Police Complaints Commission for investigation. An apology came from Sheffield Wednesday, whose appalling safety record in the 1980s was laid out in an indisputable report, substantially authored by professor Phil Scraton, of Queens University, Belfast, who has never let go of the Hillsborough injustices.

Quite suddenly, after 23 years of lies and an orchestrated disregarding of the facts, it is accepted that 96 people died at Hillsborough due to “multiple failures” by the club, police and others.

The families, finally vindicated, could talk convincingly of a new inquest and prosecutions of organisations and, possibly, individuals, culpable of criminal wrongdoing. Soon Norman Bettison, who had always denied the accusation made in parliament by Merseyside’s Labour MP Maria Eagle – in 1998 – that he had been part of a South Yorkshire police “black propaganda unit” after Hillsborough, announced his retirement from policing.

After so much pain, so many years, so dreadful a struggle by ordinary loving families robbed of a life with their loved ones, justice for Hillsborough may take its course.

There was some cheer in that, yes. The family members were smiling; there was relief; there was even, said James Jones,
the bishop of Liverpool, who chaired the panel’s remarkable work, “euphoria”.

But you could not talk about it as a happy day, because 96 people are still gone forever. Thousands more – there were 24,000 Liverpool supporters there that day – have had their lives marked by that horror. The city of Liverpool’s support for the families was, in another denigration, sneered at, mostly by comfortable people who never spent their youth on places like the appalling Leppings Lane end at Hillsborough. Such brutalities, the pens and the disregard for safety, as the panel report chronicled, were constructed by football clubs for supporters they thought of too often as hooligans, but whose money they were always happy to take.

September 12, 2012, was a landmark day for the truth. The actual truth, not “The Truth” as notoriously misrepresented by The Sun when its then editor, Kelvin MacKenzie, reproduced the police lies defaming the supporters just four days after the 96 died. But the acceptance of the truth gave way to anger and frustration too.

How were the police allowed to evade that truth and cook up stories to blame the victims? Why was the truth of Lord Justice Taylor’s report, just four months after the disaster, not accepted by the authorities?

Now, the understanding of what happened must be ingrained in national consciousness. How the established truth about an event so horrific could be casually disregarded for 23 years, until politicians, led by Andy Burnham, found a process through which it would be accepted.

Among the horrors of Hillsborough was this: it all happened on colour television. Everybody could see that supporters were trying to help their fellows, while so many police stood around, bewildered. Yet when the false stories started, spread in the media, people actually believed them rather than what they saw with their own eyes.

That is truly disturbing, among the many layers of Hillsborough shame, which must never be allowed to happen again.