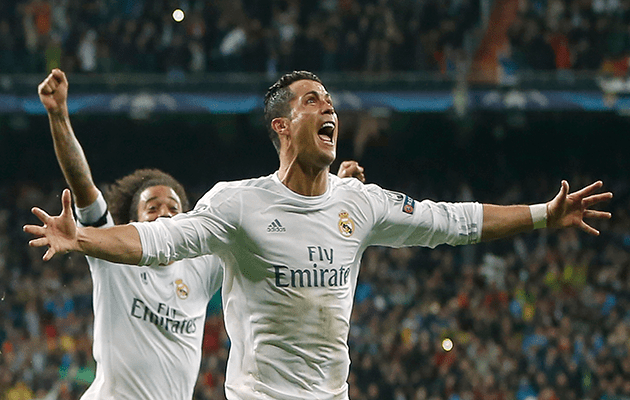 The final whistle had barely gone on Real Madrid’s first leg defeat to Wolfsburg when Roberto made his plea.

“Leave my dad in peace,” he said. “Every time you mention him for a comeback, we lose.” Roberto’s late father was Juanito, the former Madrid striker whose “spirit” was invoked whenever they needed a comeback.

The last time, in fact, one newspaper had run a front page story in which they “contacted” him via a ouija board session asking him what the result would be in a Copa del Rey tie with Atlético. But it didn’t work out that way: Madrid were beaten, getting knocked out and Juanito’s supposed prediction lay in tatters (much like the newspaper’s reputation).

This time, Roberto was having none of it. And after his plea nor could they. So, there was plenty of talk about the remontada or comeback, but not really about the Spirit of Juanito (even if his famous quote about 90 minutes at the Bernabéu being a long time was repeated and often).

As for Zidane, he was challenging the discourse. “I’m hearing too many ‘hot’ messages and that’s the opposite of what we need, because to go through we will have to use our heads, to play football,” he insisted.

Luka Modric agreed on the eve of the game, the message clearly having become internalised. Epic was all well and good, but football was a better idea. “We have to have a cool head, be patient and play football,” Modric said. “We’re not going to end it in five minutes.”

This time it worked. The difference in ability between Madrid and Wolfsburg was just too big for it not to. One of the conclusions drawn was a doubt: how did Madrid ever get into this fine mess in the first place? Now, they got out of it. And they always seemed likely to; they always seemed more or less in control. They may not have ended it in five minutes – in fact the winner did not come until the 76th minute – but they did draw level in 86 seconds. Ronaldo scoring in the 16th and 17th minutes. At last they had done it.

After eight failed attempts to turn a European game around in a row, Madrid did stage a second leg comeback, thanks to a hat-trick from Cristiano Ronaldo, who got his third with a free kick after Keylor Navas ran the length of the pitch to tell him to take it slow. Which he did, hitting the ball through the wall and Madrid into the semi-finals, 3-0 on the night 3-2 on aggregate.

It was something of comeback for Ronaldo too. “I was not at my level at the start of the season,” he admitted. His form really was not good before Christmas and there were significant doubts, maybe even the fear that, having gone past his 30th birthday, the end was in sight. He admitted that he had “my problems”. But he has played very well indeed since January and the last few weeks have seen him back at his best. “He’s better than ever,” Pepe said. Ronaldo scored the winner in the clásico and now this. Forty six goals this season. “Not bad is it?,” he smiled, the match ball under his arm. 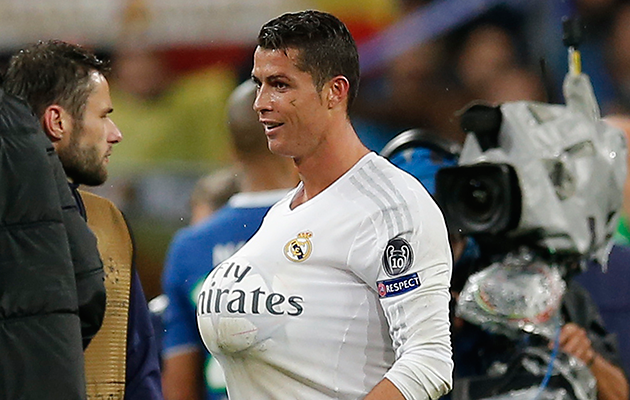 Back to his best… Cristiano Ronaldo leaves the pitch with the match ball tucked under his shirt.

Atlético have done it again. It has been said before but it is worth saying again. And again. And again. Worth repeating with the persistence and perseverance of his team, in fact. So here goes: what Diego Simeone has done (is doing) with Atlético Madrid is astonishing. There may be no manager who has had an impact on a club quite like he has since Brian Clough. A Copa del Rey title, taken from Madrid at the Bernabéu. A league title, taken from Barcelona at the Nou Camp. A European Cup final, lost in the last minute against Madrid … and maybe now the chance for revenge? Atlético are in the semi-final for the second time in three years – only the third time ever. And both times they knocked out Barcelona in the quarter-finals. Don’t forget that they’re also second in the league table, ahead of Real Madrid and with a chance of winning the title too. 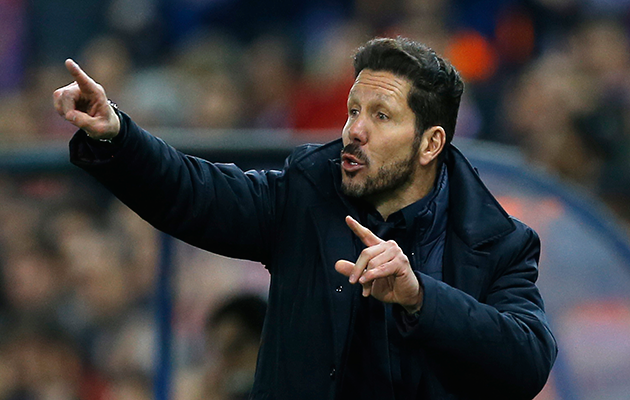 No wonder Diego “El Cholo” Simeone has been elevated to the status of deity, his words turned into a philosophy. They call it “Cholismo”. And after his side defeated Barcelona, he was imparting more wisdom. Asked what he was most proud of over the last four years, he replied: “that we have been able to transmit something to people that goes beyond football. We believe a lot in the values of life. We’re proud of a fantastic group of lads who respond to life: respect, perseverance, the willingness to get up again, to insist, and keep going even if you’re against more talented opponents, to compete.”

“I wouldn’t like to think about this as only being about getting into a semi-final,” he said. “This is about values that are ever rarer in society. There is a group of people who are working together. We can win or lose, but believe in the values that are about life itself.”

So, that’s not just two Spanish teams in the semi-finals, but two Madrid teams too … just as there were in Lisbon two years ago.

“We don’t want them,” Filipe Luis admitted. Not yet, anyway. But, still, that’s two Spanish semi-finalists in the Champions League. There will be at least one in the semi-final of the Europa League too, and perhaps more. Sevilla take an advantage back to the Sanchez Pizjuán against Athletic, while Villarreal lead a the half-way stage too.

Here’s the thing: no Spanish side has been knocked out of European competition this season except by another Spanish side. Could that record run all the way to the end?