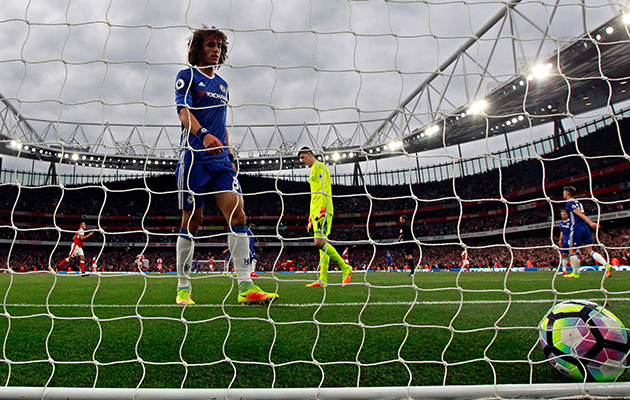 Chelsea (and England) still yearn for a centre-back as influential and effective as the now 35-year-old John Terry.

They could certainly have done with him last Saturday at the Emirates, where their leaky defence capitulated three times to the Gunners, who hadn’t beaten or even scored against their rival Londoners for so many years.

For Antonio Conte, it was a colossal blow and until the transfer window re-opens there is nothing he can do about it save pray that Terry is soon fit and can survive.

You wonder what possessed the club to buy back David Luiz from PSG. A footballer, undoubtedly greatly gifted, but also, alas, tactically distracted. As we saw in the last World Cup, endlessly tempted to run out of position and leave the most expensive gaps.

Hardly the right partner for Gary Cahill, whose blatant error – caused, it is true by a wretched pass from Branislav Ivanovic, cost a goal. Cahill for me is no England centre-half, and it was a relief to note that at least Manchester United’s Chris Smalling operating against a humiliated Leicester City at Old Trafford was in dominating form, though I still have my doubts about him as an international footballer. 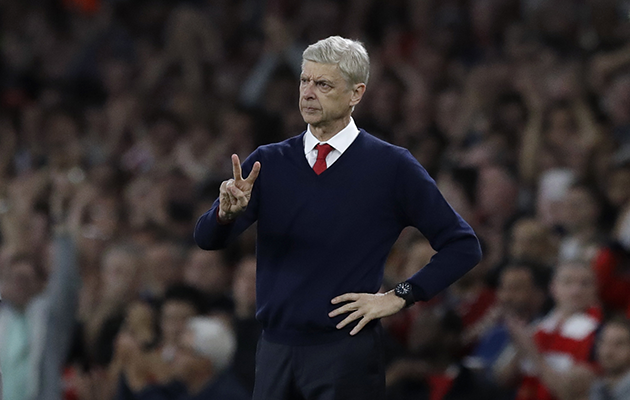 All credit to Arsene Wenger completing an astonishing 20 years in charge of Arsenal, that shaky display and lucky draw in Paris fading into the memory.  He was even able to do without one of his more successful summer purchases in the Swiss international, Granit Xhaka who, no doubt, was keen to play in midweek against Basel: the Swiss city where he was born. 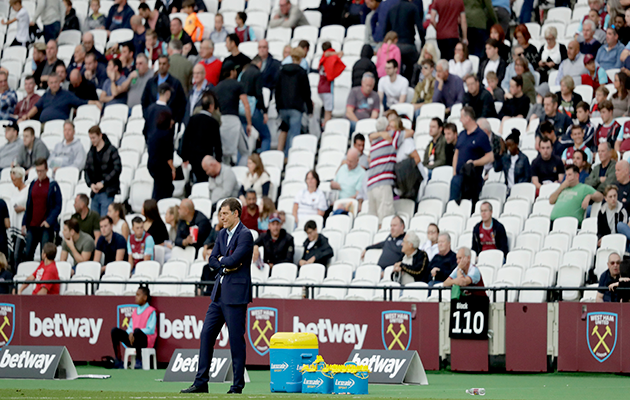 Slaven Bilic looks on as fans walk of out of the London Stadium following another home defeat.

What of West Ham? The move from Upton Park into the far greater expanses of the Olympic (London) Stadium has so far been disastrous.

Is Slaven Bilic the man to take them out of their distress?

I was sorry to see them leave the Boleyn Ground, but always felt that newly erected Main Stand was a nightmare. Far too high up and reached by a myriad of stairs. But on the opposite side, the so-called chicken Run was replaced by adequate enough seating at a reasonable height.

The London Stadium, though it is already catering to huge crowds – though how long will they last – was never created for football. Not that this can be a valid excuse for the Hammers’ current inadequacy. 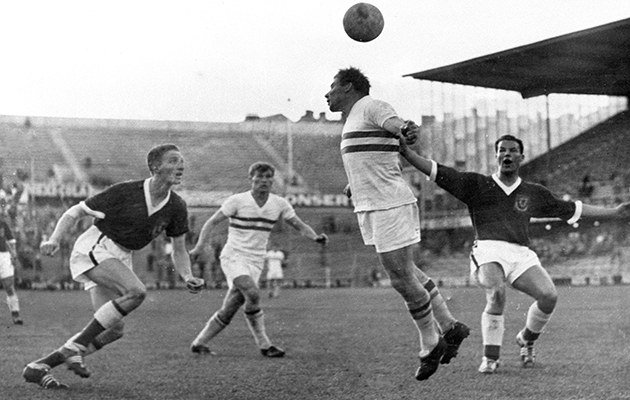 Mel Charles (right) in action for Wales against Hungary at the 1958 World Cup.

How sad to learn of the death of Mel Charles. And such an enduring memory of his magnificent display at centre-half for Wales against mighty Brazil in Gothenburg in the quarter-final of the 1958 World Cup.

I was privileged to be there and to see the Welsh – who had crept in by the back door, but proved to be the best of the four competing teams – give their opponents a run for their money.

I still believe that had Mel’s older and more famous brother, John, only been fit to play, having been kicked out of action by the malicious Hungarians, Wales might well have won.

Mel, after that superb exhibition, was voted best centre-half of the tournament. And John, with his formidable head, would surely have put away one of the tempting crosses which came over from the Welsh right in the early stages of the game.

Mel was a simple and endearing fellow on whom his teammates and even his brother tended to play jokes. Such as telling him after John had joined Juventus in Turin that the Italians would be collecting the spaghetti harvest.

But there was nothing naive about Mel’s defiant display against a fortunate Brazil team, which won thanks to the scrappiest of goals by the previously subdued Pele. 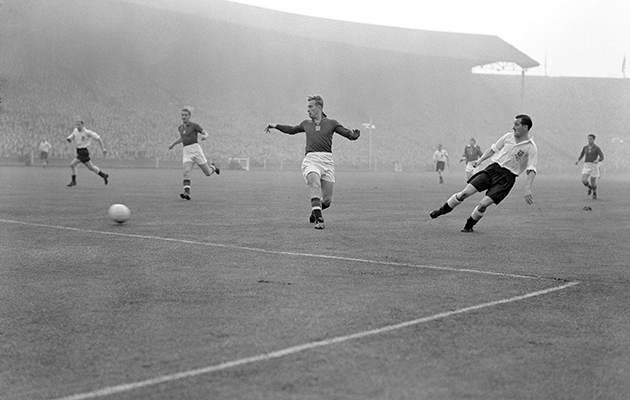 Jackie Sewell (right) takes a shot for England in their 6-3 defeat to Hungary at Wembley.

Dead too, alas, is Jackie Sewell, once England’s most expensive footballer when he moved from Notts County to Sheffield Wednesday for £35,000 in March 1951.

Six times capped for England, most notably perhaps in the 6-3 defeat by the devastating Hungarians at Wembley in November 1953. His early thrust – always a quick, incisive inside-forward – gave England fleeting hope.

He was yet another discovery of the legendary Major Frank Buckley in his pomp of course at Wolves, but in charge of Notts County when he signed Sewell as 15-year-old. At County he benefited from playing behind that formidable centre-forward, Tommy Lawton.