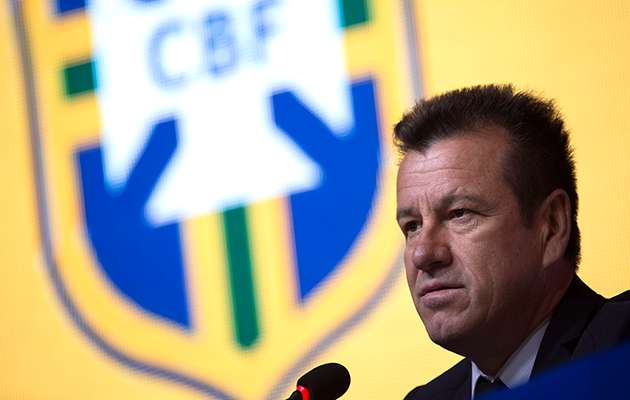 David Luiz has been one of Brazil coach Dunga’s favourites. But a disastrous showing against Luis Suarez and Uruguay at the end of March has cost him. The PSG centre back was not even included in the preliminary list of 40 that Brazil submitted for next month’s Copa America. Nor was Real Madrid left back Marcelo, whose stormy relationship with Dunga dates back to the coach’s first spell in charge between 2006-10.

So no one was expecting their names to be read out when Dunga whittled his 40 down to 23 last Thursday. Perhaps there was some surprise in the omission of Manchester City midfielder Fernandinho. Then again, Dunga is a huge fan of Luiz Gustavo in the holding role, and it seemed clear that the time had come to have a look at Real Madrid midfielder Casemiro, and so someone had to miss out.

Most would probably have expected Kaka to be in the list. The team’s key player in Dunga’s previous spell, Kaka has been included in squads for some of this season’s World Cup qualifiers mainly, it would seem, to be a wise old head in the dressing room. With captain Neymar unavailable for this competition, which takes place in the country where Kaka is now based, his inclusion in the Copa 23 seemed probable. With at least half an eye on the Olympics, however, Dunga has left him out.

But perhaps the most surprising absence is that of Liverpool’s Roberto Firmino, on target again for his club at the weekend. This is because it robs the squad of an interesting option as Brazil strive to find a solution to their centre forward problem. 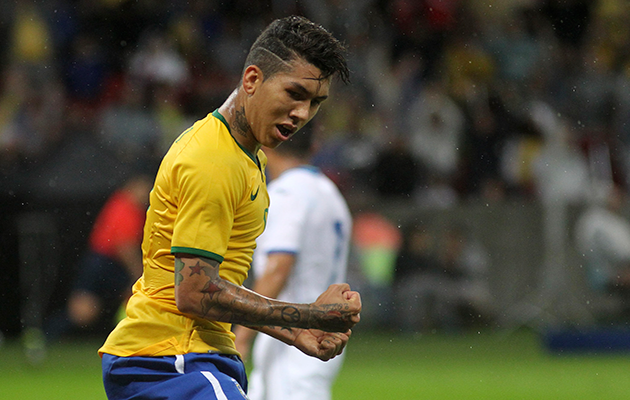 Firmino has been in fine form for Liverpool, but is deemed by Dunga to be not good enough for Brazil.

Without a Ronaldo, Romario or Careca to lead the attack, the number nine role has been a touchy topic for the Brazil team in recent years. Post-South Africa 2010, coach Mano Menezes experimented for a while and appeared to have stumbled onto something with a 4-2-4-0 formation that dispensed with a traditional target man. But at the best time in his reign he was suddenly sacked and replaced by Luiz Felipe Scolari, a traditional fan of the more old fashioned centre forward. The traditional number nine, then, came straight back into the side – first Luis Fabiano but then Fred, who took his chance and enjoyed an excellent 2013 – followed by an awful World Cup.

Dunga, then, opted for a more mobile, versatile type of striker to lead the line – first Diego Tardelli and then, with initial success, Roberto Firmino. This worked well in friendlies – and not so well in last year’s Copa America in Chile, when Brazil never convinced and were eliminated in the quarter finals. Dunga had a rethink, and clearly decided that he needed more physical presence in the opposing area. His next move was to have a look at Hulk, normally a right winger cutting in onto his left foot, in a central striker’s role. He quickly lost his place, a victim of a shock recall for the veteran Ricardo Oliveira, back in Brazilian football and scoring plenty of goals for Santos. In his mid-30s, he was seen as Brazil’s best natural centre forward – which is something of an indictment of subsequent generations. Dunga remained restless, and even had a look at Neymar floating as a central striker, thus opening up space in the team for Douglas Costa on the left.

None of these experiments have looked entirely convincing – and even if Ricardo Oliveira is still looking sharp, he is hardly a long term solution. He will be 38 by the time the next World Cup comes around. Of all the available options, Firmino looks the most interesting, especially since he has looked far better in his first season with Liverpool since the arrival of Jurgen Klopp. Instead, though, Dunga has gone with both Hulk and Ricardo Oliveira – and the only other striker in the squad is Gabriel ‘Gabigol’ Barbosa of Santos – a player of pace, skill and a fine left foot who can play through the middle, but who more commonly operates in wide spaces. Moreover, Gabriel has the Olympics to stake his claim – making Firmino’s exclusion from the Copa squad all the stranger. The ever-wise Tostao rates him as Brazil’s best choice for the centre forward role, and it is hard to understand why he is not being handed another chance to establish himself.