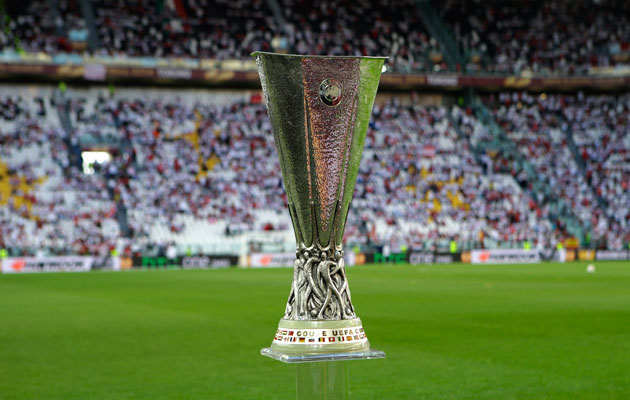 Contemptuous disdain for the Europa League within English football is loud and insistent
– and, to my mind, completely baffling.

I keep hearing from myriad television and radio pundits that playing in a serious European competition – which is of far more worth than the domestic League Cup – is supposedly an unhelpful distraction at best and a “catastrophic burden” at worst.

The latest example, supposedly, is the current mediocre season of Everton. The argument was they couldn’t cope with the extra demands of the Thursday/Sunday schedule of the Europa League and their Premier League campaign suffered as a consequence.

It is tosh, pure and simple. Everton’s woes in the Premier League stemmed entirely from a defence that played poorly for so long, and subsequent loss of confidence in the dressing room amid rumoured fractures in the camp.

Participation in the Europa League as an explanation is a red herring. The Everton squad is strong and deep enough to cope with the extra matches involved. When you can spend £28million on a striker in Romelu Lukaku don’t pretend that resources are stretched to breaking point.

I’m sure manager Roberto Martinez viewed the competition as an opportunity rather than a pain. Why wouldn’t he when you look at the recent history of the Europa League and its positive impact for coaches?

Jose Mourinho began his rise and rise by winning it with Porto. Rafa Benitez did the same with Valencia, as did Diego Simeone when he took over at Atletico Madrid and found it was a springboard to consistent success.

The reward for reaching the Final with Middlesbrough (2006) and Fulham (2010) was a fairly swift jump to becoming the next England manager for Steve McClaren and Roy Hodgson respectively.

It is a question of mindset.

In the last 11 years the Europa League has been captured six times by clubs from Spain, where the attitude towards it is positive. The one success for an English team came when Rafael Benitez, a Spaniard, was in temporary charge at Chelsea a couple of years ago.

His latest club, Napoli, progressed to the semi-finals this year too. It is surely not a coincidence.

This season has been particularly dismal for English clubs on their travels, with none reaching the last eight of either the Champions League or the Europa League.

In the former competition there were various reasons for failure – from naivety at Arsenal and lack of quality at Liverpool, to cynicism at Chelsea and a slide in form at Manchester City. All of this generated an avalanche of debate and recrimination, as of course it should when the decline is collectively damning.

By contrast, early exits in the Europa League for Everton, Tottenham Hotspur and Liverpool, when they moved over from the other competition, were viewed as an irrelevance. Nobody much seemed to care – which is plainly absurd.

Why is this so? Is it a re-emergence of the old English arrogance about football abroad?

Certainly, the Premier League is now so extravagantly wealthy – with even larger riches about to flow from a vast new TV deal – it is easy to see how skewed perceptions about the value of European competition could take hold.

It seems a more credible explanation than the idea that the Thursday/Sunday match day requirement for clubs somehow diminishes the Europa League. It doesn’t elsewhere, and many major Premier League games are routinely played on Sundays for live television anyway.

The Europa League schedule hasn’t been detrimental to Wolfsburg this season when they have been the closest challengers to Bayern Munich in the Bundesliga as well as quarter-finalists in the Europa League.

What English football needs is quite plain – to stop looking down its nose at a good competition. How can the glory of winning a European club trophy be seen as negligible – additionally when from this season on, the winners will qualify for the Champions League play-off round?

With a real change of heart it would be no surprise if English clubs took over from the Spanish as the dominant force every year.