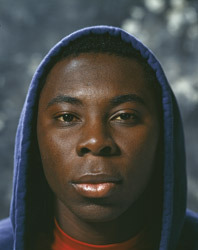 World Soccer: What are your impressions of Benfica?
It’s a club with a great history who play at the highest level in Europe and a perfect place to be at this stage of my career. They showed a lot of interest in me and I felt comfortable going there as a soccer player and as a person. I think it’s a great chance for me and I’m thankful for it.

You have trained with Manchester United in the past and spoke about having a goal of playing in the Premier League. But is this a more manageable first step?
Oh yeah, for sure. As much as you love some of the big clubs in the world – Man U, Chelsea – and get to talk to some of their players and coaches at friendlies and on tours, you always want to take one step at a time. You need time to develop as a player, to adjust to the style of play, and for me, Spain, Portugal and Holland are the three leagues that I fit better in. They play with a lot of skill and they appreciate skill, and that’s my game.

Any regrets about your time in MLS?
It’s a little bitter-sweet, but I never regret any decisions I’ve made. I learned a lot in MLS and grew up a lot. Granted, people will say this and that about my play or that I didn’t dominate in MLS, but I scored some goals, I contributed to a team that won the MLS Cup [the championship decider; DC United won it in 2004]. People can say what they want and criticise me. But I think at the Under-20 World Cup I changed a lot of people’s minds. You don’t just write off people, especially at age 18. My career hasn’t even really started yet.

Are you referring to that column in The Guardian? [In July a journalist suggested Adu and teenage golf prodigy Michelle Wie were essentially washed up.]
I just laughed when I read it to be honest with you. It’s one of those things where people write what they want. They can bring you up and take you down. That’s part of being a professional athlete. You have to learn to deal with it and not let it bother you, and I’m sure that guy has nothing to say now, so, whatever.

You must be feeling good about your game after the Under-20 World Cup?
Oh yeah, I have a lot of confidence heading to Europe – it was my play in that tournament that created this opportunity for me. It was a make-or-break tournament for me, and I think I made the most of it – I played as well as I’ve ever played. I have a lot of goals and, right now, I’m on the perfect track, I think.

MLS and its sponsors created an environment in which some thought you would be the salvation of American soccer. Do you see pro sports differently now?
Before you go pro it’s all about just playing and having fun, you don’t know about anything else. Once you go pro it’s a whole different animal. In some cases you are used, and you feel used, and whether you like it or not they have your rights, and you can’t let that get to you. I had to be the bad guy after a few years and say: “I’m not doing this appearance. I’m not flying here to sign autographs. I don’t want to do it. I have to concentrate on my play. Do you want me to produce on the field or do you just care about what I’m doing off the field?” And the League understood and was great enough to let me cut back, and from then on the focus has been on getting back to where I used to be. And right now I can honestly tell you I am exactly where I want to be.

This season during MLS broadcasts there were almost no commercials featuring you, but the Adidas commercial featuring [17-year-old New York Red Bulls forward] Jozy Altidore is in heavy rotation. What goes through your head when you see the “next big thing”? Any jealousy?
No jealousy at all. What goes through my mind is: “I hope they don’t do to Jozy what they did to me” – with all the hype and everything. It’s not easy, it sidetracks you, and I’m just glad Jozy and the rest of my Under-20 team-mates are great guys and understand what kind of guy I am.

You’ve talked a lot recently about being back to your old self. You struggled at times during your three years at DC United and seemed a totally different player with the Under-20s. Why?
I honestly felt like I was over-coached. I had never played outside midfield before in a 3-5-2, and there were a lot of defensive responsibilities. I’m not the greatest defender in the world, and it was a tough system for me to adapt to. There were so many things put in my head that when I was on the field my confidence wore thin. I was always thinking about something, and you’re not supposed to and it took a toll on me. Thomas Rongen [the Under-20s coach] knows this about me – that I’m the kind of person who you put out there and let it flow. I can’t be told to do every little thing because then it gets confusing, and I was so young at the time; it was tough for me. It took a long time before I was able to get out of that mentality. I used to play really right, I never took anybody on like I used to. I wasn’t aggressive. And now I’m getting all that back. It was a tough situation but I also feel like I achieved a lot at that age.

What helped change your mentality and get you back on track?
Going to Manchester United last winter and training there for two weeks. I knew I was ready to go over to Europe after that. The style of play, the calibre of player they have there. It’s funny, I feel like when I play with some types of player I’m a much better player. It brings out the best in me. If I hit the ball in the right spot, those guys are there. If I make runs, they will reward you 99 per cent of the time. It’s unbelievable how much of a better player I am, how much more fun I have playing with guys like that at that level. I’m not saying MLS is a bad league, but that’s the way I feel. I played the best soccer of my life there [at United]. It was incredible. I didn’t even know I had that in me. That opened my eyes. That’s when I decided to leave DC, because I wanted to be free. I wanted to just be free to play, as I was at United, where I was allowed to make mistakes. At DC I felt like I wasn’t allowed to make mistakes.

You didn’t live up to the expectations some had of you in MLS, but you are the youngest player to appear for the senior US national team, you’ve travelled the world, hung out with David Bowie, had a kick-about with Pele, played in FIFA all-star games. That must be pretty cool for anyone, let alone a guy of your age.
All that stuff is great and a lot of fun, but my single motivation before I went pro was to be able to get my family everything they wanted, and I’ve been able to do that. My motivation now is to become the best player I possibly can. That’s what drives me, the ambition to be the best. I want to be the best American player, and I want to be the best player on my team at some point. There are going to be bumps in the road along the way, and that’s fine. But in the last three years I let it affect my game and I will never let that happen again.