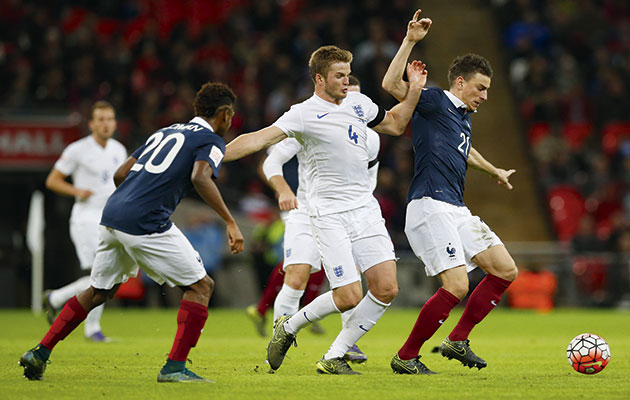 Two incidents highlight the arrogance that still hangs around English football and has prevented the national side from playing to its maximum.

The first came at Wembley, in 2011, in Fabio Capello’s second-last game. Facing world champions Spain, the Italian fielded a 4-5-1 with Scott Parker deployed just in front of the back four, and Phil Jones and Frank Lampard used to press from central midfield. The plan worked. Spain never found their rhythm and, while it could be argued they were a little unfortunate, the visitors were beaten 1-0. Capello, however, was condemned by a significant numbers of journalists and fans for having adopted such a negative approach.

The second was in Kiev, two years later. Roy Hodgson bounded into the post-match press conference, having seen his side frustrate Ukraine with a 0-0 draw that left England needing to beat Montenegro and Poland to secure automatic qualification for the World Cup. He saw it as a job well done, while the reaction was, at best, ambivalent.

There remains a lingering and corrosive sense that there is no side that England should not be engaging in open combat and soundly thrashing. And it’s the same attitude that led, a decade ago, to the selection of unbalanced sides as Sven Goran Eriksson tried to accommodate all the stars of the golden generation, even when they manifestly didn’t fit together. Good players, as the ancient lie has it, find a way of playing together – which is a myth exposed every time Real Madrid play Atletico Madrid.

Hodgson finds himself in an intriguing position. On the one hand, he has an England squad devoid of stars. Only Joe Hart and Wayne Rooney feel like automatic picks, and there are many who would argue that Rooney, even if he does recover from his knee injury in time for the Euros, shouldn’t be, while Jack Butland and Fraser Forster are applying pressure on the goalkeeping position.

On the other, there is a wealth of options in certain key roles.
It’s a situation that, despite 10 wins out of 10 in qualifying, has left expectations lowered, although the experience of the World Cup suggested they may not have been lowered enough. Drab friendly wins in the build-up to that tournament still brought howls of protest that seemed, regrettably, to persuade Hodgson to adopt a more attacking approach than he had perhaps initially intended.

What this England have, most abundantly, is pace, particularly in forward areas. Raheem Sterling, Jamie Vardy, Danny Welbeck and Daniel Sturridge are all fast. The question is, though, how to combine them with one or both of Harry Kane and Rooney. 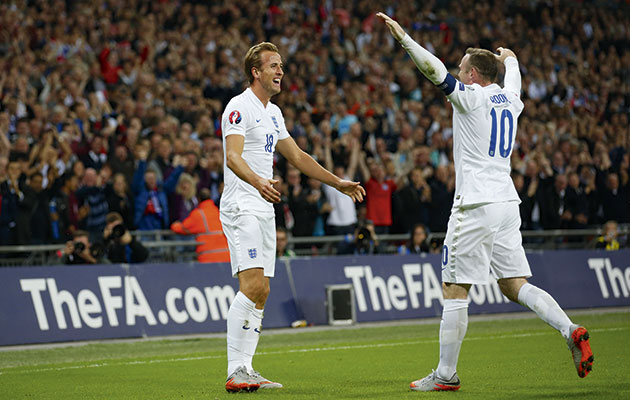 Harry Kane and Wayne Rooney are two of England’s attacking options for Euro 2016.

Hodgson could pick two of them and go with a 4-4-2, but England lack wide midfielders. He could be gung-ho and pick four of them, in a 4-2-3-1. That, though, was the trap he fell into at the last World Cup, as though trying to appease those who demand England, whatever the circumstances, should swagger. The problem was Steven Gerrard and Jordan Henderson didn’t offer the back four sufficient protection, leaving holes that Italy and Uruguay exploited.

The emergence of Eric Dier at least gives England a genuine holding option but still, the 4-3-3 Hodgson used before the World Cup and in Euro qualifying looks the more secure option. Strip away expectations and England’s sense of status, and the rational way for them to play is on the break, utilising their pace
in forward areas while making up for defensive deficiencies by weight of numbers. That means Kane or Rooney deployed as the central forward, flanked by two fliers to link to a deep-lying midfield three. That means either Kane or Rooney being left out (although Hodgson used Rooney on the right flank in the friendly win over France in November) and Vardy used wide or, more probably, from the bench. Dier then holds and the two players alongside him can be varied according to the opposition.

In qualifying, Hodgson tried Jack Wilshere, Jonjo Shelvey and Michael Carrick in that holding position. Carrick was perhaps the most convincing but his age and injury record count against him. With Wilshere’s fitness in doubt and his general unfamiliarity in the role, Shelvey seems the obvious back-up for Dier, whose emergence has been so rapid that, having not been involved until November, he now seems an almost certain starter.

Ideally, if England aren’t playing entirely to contain, that means a creator operating from deep and breaking forward: either Dele Alli or Ross Barkley. The other midfielder is then essentially an engine: Henderson, perhaps, or James Milner or Fabian Delph. That said, against France, Hodgson took the riskier option of fielding Alli and Barkley in front of Dier.

There will be those who demand more creativity and greater sophistication, but international football isn’t club football. There isn’t time for coaches to instil complicated formulae. The tactics have to be kept as simple as possible.

There’s nothing clever about packing seven outfielders behind the ball and looking to use the pace England have on the break, but the lack of complication is part of the appeal.