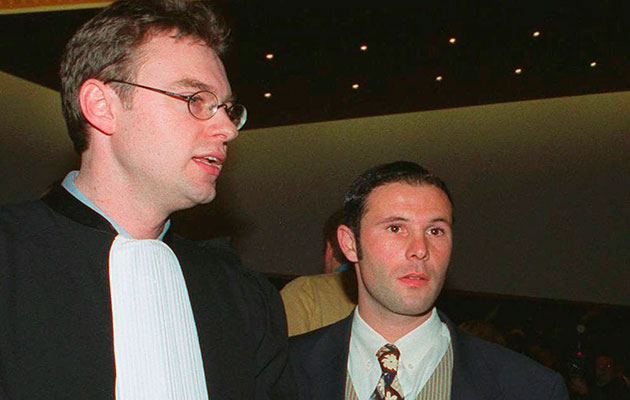 Today is the 20th anniversary of the day Jean-Marc Bosman won the five-year legal saga which revolutionised the face of world professional football. His victory also underscored the enduring validity of the law of unintended consequences.

Bosman, now 51, was a Belgian youth international who wanted to transfer from RFC Liege to the French second division club Dunkerque. The clubs could not agree even a comparatively minimal transfer fee.

This was opposed by Liege, the Belgian federation and the arrogant and fatally short-sighted European federation UEFA.

A Belgian court ruled that it had lacked jurisdiction because the case involved an international, cross-border employment dispute. Hence Bosman finished up going all the way to the European Court of Justice.

This ruled that at the end of a contract, under European law, a player shared every worker’s right to move to an employer in another European Union member state without let or hindrance.

The court also noted as illegal all the arbitrary restrictions then in place on the number of EU players any club could contract.

Initially UEFA’s Swedish president Lennart Johansson commented grumpily that this would change nothing.

He could not have been more wrong.

Immediately a loophole fell open. Player X, at the end of his contract, could transfer fee-free from, say, Belgium to France, and then transfer again, within weeks, back to another Belgian club for free (pace the clubs’ privately agreed facility fee).

With the European Commission threatening to scrap the football transfer system altogether, FIFA took over the negotiations which led to the current system: players may change clubs, fee-free, both at home and abroad on the termination of their contracts.

However, to maintain stability, restrictions were agreed on the number and general timing of transfer windows (two) in a year and the number of clubs with which a player could be registered in a year.

This was a compromise, imposed worldwide by FIFA for the sake of regulatory standardisation, whose consequences were soon felt. The scrapping of foreign-player limits prompted Italian, Spanish and English clubs in particular to vacuum up the EU transfer market and internationalise their squads.

Simultaneously the explosion of cable and satellite television and the popularity of football as a vehicle to attract ratings and sponsors sparked the rights cash explosion which put undreamed-of riches into the accounts of the clubs . . . and, consequently and naturally, the best players.

Hence the multi-billion lifestyles of the likes of Cristiano Ronaldo, Lionel Messi and Co.

Hence also the bankruptcies and chaotic state at the lower end of the market where clubs, chasing a giddy-rich tomorrow, fall into bankruptcy and leave their players vulnerable to approaches from matchfixers (their own business exponentially fuelled by the trillions generated through internet betting).

Bosman was punished by a football omerta which shut the game’s doors to him. He has received enormous recognition but precious little thanks for a legal battle which reduced him at various times to penury, alcoholism and domestic upheaval.

Now FIFPro, the international players’ union, is heading back to the European courts to press for a ‘new deal’ transfer system to try to rebalance the books, better late than never.

As the Bosman case illustrated, it will not be achieved overnight. Also, beyond any new agreement, the law of unintended consequences still lurks.