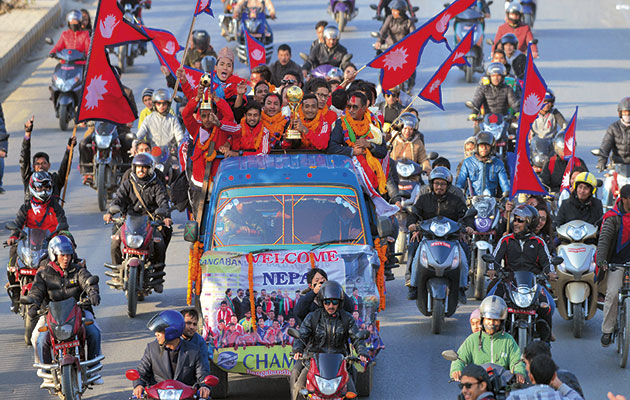 Almost a year since one of the region’s most devastating earthquakes, piles of rubble still litter many of the streets of Kathmandu. The fragile buildings in Nepal’s capital were no match for the quake that struck in April 2015, killing more than 8,000 and injuring another 21,000.

However, the people are of such strong character in these parts that any visitor would struggle to gauge the difficulty of the rebuilding effort through the smiles on the locals’ faces. The fear returns to the fore, though, whenever an aftershock occurs – such as the one in January which measured 5.8 on the Richter Scale.

Football, which so usually provides great joy and escapism from dire straits around the world, is not so easily the go-to distraction here.

“During the earthquake time, definitely the activities were comparatively less, but the corruption to the impact to Nepal football is much worse.”

Ganesh Thapa, a former Asian Football Confederation vice-president and ex-president of ANFA, was banned from all football activity for 10 years by FIFA in November as the swathe of anti-corruption investigations swamped world football following May 2015’s watershed moment in Zurich.

Thapa was found by FIFA’s ethics committee to have “committed various acts of misconduct over several years, including the solicitation and acceptance of cash payments from another football official, for both personal and family gain”.

These acts were connected with the 2009 and 2011 elections for the FIFA executive committee at the Asian confederation’s congress.

Yet, according to Sherpa, Thapa is still running the ANFA, just as he has done for the past 20 years. And this is despite even being under investigation by his own country’s authorities over allegations of embezzlement of $5.8million and bribery. The charges were brought by the Parliament account committee – the highest body in Nepal. “But still, he has his car parking space at ANFA house,” laments Sherpa.

Narendra Shrestha is officially acting as president, but Sherpa and a number of colleagues claim he is only playing his role as a puppet for Thapa.

Sherpa explains: “Just a day before he was officially banned, he chose one of his people as an acting president. He was not even in the executive committee.

Sherpa and his team collectively say that FIFA were “not responsive at all” in those early days. Later that month, in October 2014, Sherpa and Manandhar wrote to Garcia and Valcke again to express their extreme concern at a Reuters report that claimed the ANFA was the subject of an unsatisfactory audit by KPMG, for the year of 2012, in which unappropriated cash movements were identified. Since they stated no knowledge of this, they requested the relevant financial reports concerning ANFA by KPMG, FIFA and others.

They did receive a reply from Valcke – but only to say that FIFA would only communicate with a member association through its president, and assured the two men that ANFA was in possession of all the necessary documentation.

The intervention and news of the Parliament Account Committee investigation was enough to force Thapa to step down from all his positions for 120 days in November 2014 after FIFA said it would look into allegations of misconduct.

Whether in the background or at the forefront, it seems that Thapa is still managing to exert his control on Nepali football – and it is a hold that has damaged the progression of the sport in the country from grassroots all the way to the national team according to Sherpa, who also acts as president of the Nepal School Football Association.

“Every time under his era, the Nepali football team was going down” says Sherpa. “Now, all of a sudden, when he is ‘out’ and a few of the match fixers are out, the team is going up. Because he was doing micromanagement also, even he was selecting which players should play.” 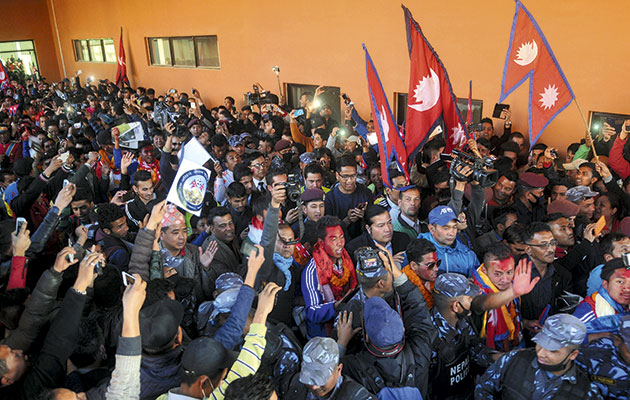 The fortunes of Nepal on the field have certainly picked up of late. The team began the year by picking up their first Bangabandhu Gold Cup in Bangladesh after beating Bahrain 3-0 in the Final on January 22. In February they claimed the country’s third gold medal in football at the South Asian Games, beating hosts India in the Final 2-1 in Guwahati. The women’s team also impressed at the 12th edition of the Games, clinching silver in their competition.

On the men’s side, it’s a stark contrast from the side who had not won any international fixtures from 2014 until this year and had only scored one goal. They currently stand 188th in the FIFA world rankings – a rise of four places from last year.

But the problems at grassroots are harder to turn around swiftly. One source revealed how he recently visited one of the district football associations in Nepal who were training with just one ball. The local FA president claimed he had organised a tournament in 2015 but had yet to be reimbursed for the costs by the ANFA. 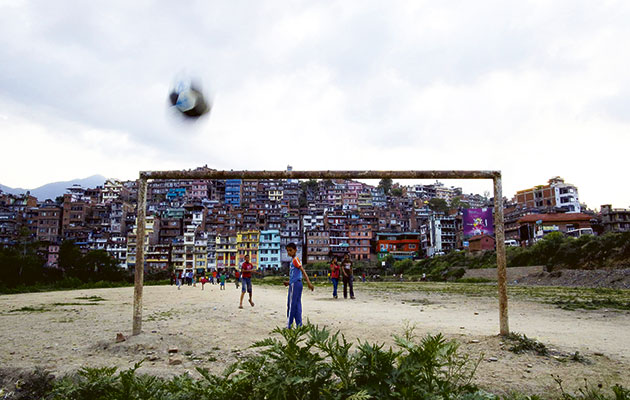 It has been three years now since ANFA had a general assembly. Sherpa says this is because Thapa knows he could be outnumbered in such a meeting.

When asked if he would be happy to take on the role of president should Thapa’s influence at ANFA cease, Sherpa says “yes, of course”, but he stresses that the fight is simply bringing about a new
era of transparency.

He adds: “Our goal is to bring a structure that is financially affordable. We want to bring a democratic election and not do things like him, where he just goes to every region and collects signatures.”

Change could be more forthcoming in the region with a new president at the head of FIFA. Gianni Infantino’s defeat of AFC president Sheikh Salman bin Ebrahim Al Khalifa could be seen as a boost for Nepal’s efforts, given the lack of support they were afforded by Asian football’s governing body in their bid to oust Thapa.

“Without any single help from AFC, we managed to almost kick him out,” says Sherpa. “We know we are on the right track and we will. Sooner or later, we will beautify this association.”

Will Infantino’s election mean a new dawn for Nepali football? Sherpa certainly hopes so, even after the ANFA officially announced it was voting for Sheikh Salman. “Infantino helped to introduce financial fair play in Europe,” says Sherpa. “And, based on my information, he is a guy who believes in system, transparency and collective leadership.

“This is exactly our agenda in Nepali football too. He was a successful man leading UEFA and now we need to see and hope that he will replicate his success in world football too. In an interview he said: ‘I’m not the European candidate, I’m not the UEFA candidate. I’m a football person, so I feel that I am the candidate for football.’ So I believe his new leadership will be fruitful to the world of football.”

Those in the sport will wait to see if Infantino can turn his bold promises into sweeping reforms that will help to elevate the damaged image of FIFA.

Meanwhile, nations across the footballing world face a similar fight as the quest for greater transparency in sport governance intensifies.

This article was originally published in the April 2016 issue of World Soccer.