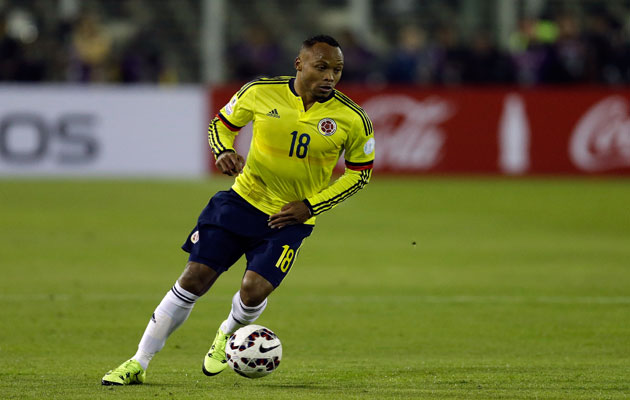 1. Borussia Dortmund head to the Serie A sales
If the scribes at Gazzetta dello Sport are correct, the Westfalen club are about to make a 10 million euro offer to Napoli for right-back, Juan Camilo Zuniga, the Colombian whose wayward challenge on Neymar at the last World Cup put the Brazilian star in hospital with a fractured vertebrae.

The right-side of their back-four has been problem area for the Yellow-and-Blacks for the past couple of years, with Polish international, Lukasz Piszczek frequently out injured and replacements, Erik Durm, Sokratis, Oliver Kirch and Kevin Grosskreutz unable to fully take on the mantle.

According to Il Messagero in the Italian capital, the Dortmunder also have an eye on Roma’s Serb left-winger, Adem Ljajic, a familiar name in Premier League scouting circles.

While reporters on the Iberian beat have been insisting that the 20-year-old is close to a deal with Atletico Madrid, the Het Laatste Nieuws newspaper in Brussels claims that 2014-15 Bundesliga runners-up, Wolfsburg have arrived on the scene with the aim of forcing a rethink.

After failing to qualify for this season’s Champions League, Anderlecht would not say no to a meaty cash injection and probably will listen to offers in the region of 12 million euros.

Fast, athletic and combative, Mbemba cut a very impressive figure in all six of the Belgian giant’s Champions League games last term, even managing to contribute two goals. Gladbach coach, Lucien Favre is reported to be an admirer too.

3. No show Antonio
The absence of Nationalmannschaft central defender or right-back, Antonio Rüdiger from pre-season training at VfB Stuttgart is fuelling speculation of an imminent move away.

Despite the official Stuttgart version of events that the 22-year-old has been working on his fitness on his own at an unspecified location, most think the explanation is a smokescreen for a transfer and given the player’s clearly-expressed desire to swop under-performing VfB for a Champions League outfit, it’s a natural assumption to make.

Stuttgart are demanding at least 18 million euros for the powerfully-built youngster and though Wolfsburg were not willing to meet that valuation earlier in the summer, Atletico Madrid or Chelsea just might.

4. Dasvidania, Russia
Following five years in Russia with Dynamo Moscow, 33-year-old former Germany striker, Kevin Kuranyi is aiming for one last hurrah back in the Bundesliga, where he used to star for Stuttgart and Schalke.

A free agent after running down his contract with Dynamo, the Rio-born front-man is adamant he still has two or three seasons of top-class football in him and has revealed that he has had received ‘concrete’ offers from elite German clubs, possibly Hannover and Augsburg.

The tough-tackling ex-FC Basel stopper often has expressed a wish to play in a major European league and with this in mind, Hertha general manager, Michael Preetz has made contact with the the 24-year-old’s agent, Thomas Kroth.

Would very much be a coup if Herr Preetz pulls this one off.