Paddy Agnew’s Notes from Italy: can Juventus claim the treble?

Champions League finallists Juventus will attempt to pick the second leg of the mythical Treble when they face Lazio in Wednesday night’s Italian Cup final at the Olympic Stadium in Rome.   In keeping with what has thus far been an all triumphant season, the “Old Lady” warmed up for the cup final most impressively, fielding a Juventus  “B” side to defeat Inter Milan 2-1 at the San Siro on Saturday evening.

With the Serie A title long since in the bag, coach Massimiliano Allegri could once again afford to rest key players such as Gigi Buffon, Giorgio Chiellini, Patrice Evra, Andrea Pirlo, Arturo Vidal and Carlos Tevez in view of this week’s final.   Whilst Juve B were a bit slow to start, falling behind to a 9th minute goal from Inter’s Argentine Mauro Icardi, they were helped back into the game by some poor Inter defending which yielded a 42nd minute equaliser from the penalty spot for Claudio Marchisio.

Having got their foot back in the door, Juventus then went on to ride out their luck against a dispirited Inter with man of the moment, Spaniard Alvaro Morata, scoring an 82nd winner when Slovene goalkeeper, Samir Handanovic, made an uncharacteristic blunder.   For both Morata and Juventus, you could only conclude that this is clearly a moment when the luck is going their way.

For the Italian Cup final, however, Juventus will rely not only on Dame Fortune but also on their strongest side with Pirlo, Vidal, Tevez et al due to return.   The only non-first team choice likely to feature against Lazio will be reserve goalkeeper, 38-year-old Marco Storari, arguably Juve’s best player against Inter in a game where he made a couple of fantastic saves against Argentine strikers, Icardi and Rodrigo Palacio.

Lazio, too, will field their strongest side of the moment with the attack being led by wise old man, 36-year-old German Miroslav Klose, partnered by Italian international Antonio Candreva and Brazilian ace, Felipe Anderson.    The last named, arguably the outstanding discovery of the season, could well be playing one of his last games for Lazio since his quality football has reportedly attracted the attention of Paris St. Germain, Atletico Madrid, Chelsea and Manchester United.   Given that Lazio paid €7.5 million euro for the 22-year-old Brazilian two summers ago, it seems more than likely that the Roman club will cash in on his current market value which could be anything from €40 to €50 million.

In the meantime, one of the few doubts for Lazio coach Stefano Pioli concerns his experienced Argentine defender, Santiago Gentiletti, who celebrated his comeback from injury by scoring the winning goal in a 1-0 victory away to Sampdoria on Saturday night.   Thus far, Gentiletti’s first season in Italian football has been a nightmare.   Injured against Genoa last September, he was making only his third Serie A appearance on Saturday night.

Lazio’s busy week does not end with the Italian Cup because, as things stand, they are due to face city cousins Roma in a hotter than ever derby next Sunday in which Champions League places are at stake for both sides, currently second (Roma) and third (Lazio) separated by just one point.   Later today, the Federation will rule on Lazio’s appeal to have the game moved to next Monday in order to give their players an extra recovery day.   Need one add that Roma are not in favour of posticipating the game by a day.  No love lost between the cousins.

The last thing that Italian football needed right now was a row prompted by another politically incorrect, public statement.   Last summer, we had the current Federation President Carlo Tavecchio talking about “Opti Poba who has come here; until yesterday he was eating bananas but now he is first choice for Lazio”.

Last week, we allegedly had the President of the Amateur League, Felice Belloli, denigrating women’s football when he complained at a Federation meeting about requests for funding, saying: “That’s enough.  We can’t spend all our time talking about giving money to four lesbians…”.

To be fair, Mr. Belloli denies ever having made any such statement.  However, at least two women who were at the March 5th meeting in question swear that he did.   With a Federation enquiry ongoing, this issue will be resolved very shortly.  If it goes against Mr. Belloli, he will face huge pressure to resign.  Giovanni Malago, head of CONI, the ruling body of Italian sport, indicated as much when saying last week:

“If he did say those things, then those are hateful and unacceptable comments”.

We have already said it this week – this is a moment when everything seems to be going the Juventus way.   Take the case of 20-year-old Domenico Berardi, the Sassuolo striker who for the second time in a year did a one man demolition job on AC  Milan yesterday, scoring all three goals in a 3-2 home win.

Last February, Berardi scored four against Milan for a 4-3 home win that focussed a lot of attention on him.   After yesterday, the spotlight is back on him with many speculating about his future, perhaps far from Sassuolo.  And here’s the rub, guess which club is joint owner of the Italian Under 21 international with Sassuolo.   Yeap, Juventus.   With such as Carlos Tevez not certain to stay with Juventus given that he wants to return to his native Argentina, who is to say that Juventus will not recall the talented Berardi to base, buying out Sassuolo’s half ownership.  Whatever Juventus decide, this is the sort of “problem” that a lot of Serie A teams would like to have. 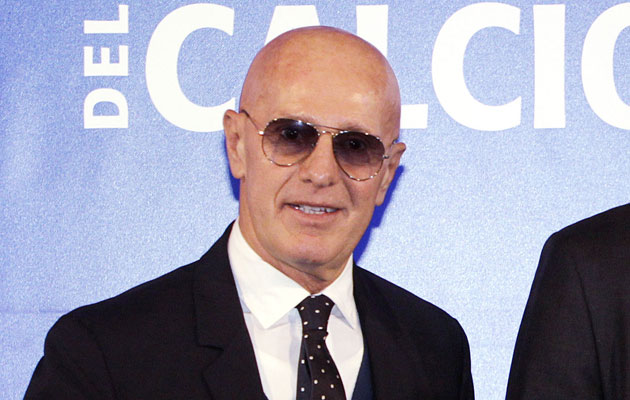 Former Italy and Milan coach Arrigo Sacchi may have talked himself into more trouble last weekend.   Not long ago, Sacchi was accused of racism when he complained about the number of “coloured” players he had seen participating in the prestigious Viareggio Youth tournament in February.

This time, Sacchi has touched a similar note when welcoming the recent rise and rise of Juventus, saying:

“The sun is shining again on Italian football thanks to Juventus and let’s hope that this sun shines not just on Italian football but also on the other Italy.  The last time we won a Champions League, we did it with an Inter side in which there wasn’t a single Italian.   In my opinion, that was a complete disgrace.  Problem is that in Italy, in order to win, people are willing to sell their souls to the devil”.

Needless to say, folks up at Apiano Gentile were not much amused with one of the few Italians in that Inter side, namely Marco Materazzi, commenting:

“Now I ask you, would Sacchi’s great Milan team have won quite so much without those three Dutchmen (Van Basten, Gullit and Rijkaard)?”.

For the record, Sacchi is correct when he says that the Inter team which beat Bayern Munich 2-0 in the 2010 Champions League final started the game with 11 non-Italians.   The only Italian to feature in the match for Inter was defender Materazzi, brought on as an injury time substitute for Argentine striker, Diego Milito.

Nick Bidwell’s Notes from Germany: Bayern in freefall, Hamburg with one foot in the grave