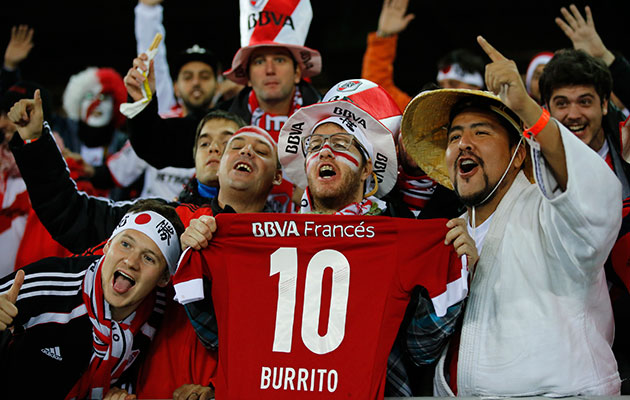 River Plate’s Club World Cup defeat to Barcelona has left some in a proud footballing culture felling humiliated, and searching to take the sting out of it with a number of fall back positions.

Some in South America have taken refuge in numerology.  After all, Barcelona recently put 4 past Real Madrid and 6 past Roma.  So in comparison, it is argued, River Plate’s 3-0 loss leaves the Buenos Aires giants in the global elite.

The Catalans’ recent draws with La Coruna and Valencia were conveniently forgotten.  But anyway, it is an argument with little bearing on reality, and one that fails to take Sunday’s game into account.

Because Barcelona could have put ten past River – and if the measure of a team is its creative possibilities, then the Argentines could scarcely be said to exist.  When Real were thrashed by Barcelona, Cristiano Ronaldo and company always carried a threat.  Until a couple of late chances when the game no longer existed as a contest, River were nowhere.

The second argument is that Barcelona are in a class of their own – which may be granted – and that therefore River could have held their own against any other European opposition.

There is not a shred of evidence for this proposition, and there is plenty to be said against it.  Firstly, River’s quite desperate limitations were more than exposed in the semi final against Sanfrecce Hiroshima of Japan, when only a goalkeeping error presented them with an undeserved victory.  Secondly, what happened to the South American champions in this year’s Club World Cup is totally in line with recent editions of the tournament.

The Libertadores winners spend months planning for the competition.  The Europeans, busy with Champions League and domestic action, do not have the same privilege.  The South Americans can arrive earlier and acclimatise.  But every year the semi final is a breeze for the Europeans and a torment for the South Americans – who have lost to African opponents twice since 2010.  A big part of the problem is that these days, very much unlike the relatively recent past, the South American clubs lack the talent to take the game to the opposition.  South American sides have carried the trophy home – in 2005, 06 and 12.  But every time they have taken the pitch with a gameplan that acknowledges the superiority of the opposition, and have sought to sneak a win on the break.  River Plate, perhaps, may have been able to do better had they been up against Juventus, or some other leading European team.  But the idea that they could have outplayed them clearly belongs to fiction. 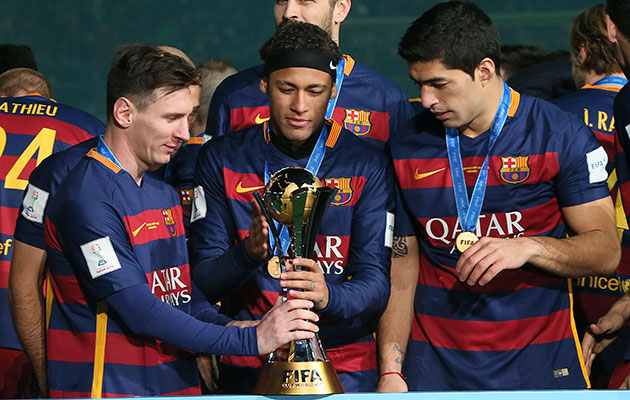 The third argument, and one which is clearly correct, points out the financial disparity between the top clubs on either side of the Atlantic.  All of Barcelona’s goals were scored by South Americans.  The entire forward line is South American.  More than half of the starting line up is from South America.

The previous River Plate side that won the Libertadores and disputed the old Inter-Continental Cup contained the likes of Enzo Francescoli, Ariel Ortega and Juan Pablo Sorin, with Marcelo Salas and current coach Marcelo Gallardo on the bench.  Today’s team, by comparison, is full of journeymen.
All of this is beyond dispute.  But it is often couched in language that suggests that European clubs such as Barcelona are cheating by being able to buy up the best players from all over the globe.  The problem here is that this line of thinking ignores the history of the top South American clubs.

Bobby Charlton recalls that in 1962 he had an approach from Boca Juniors who were offering to pay him sums unthinkable to a Manchester United player of the time.  The great Penarol side of the early 1960s, the first winners of the Libertadores, had bought in goal machines Alberto Spencer from Ecuador and Juan Joya from Penarol.  River Plate are known as ‘the millionaires’ because in the past they spent so much money buying in players.  The great tradition of these clubs was forged at a time of significant financial strength.

The situation is very different these days.  And the enormous imbalance between club football in Europe and elsewhere, made so starkly clear every year in the Club World Cup, is indeed one of the biggest problems that the game faces.  It is hard to see how it can be tackled without the wholly undesirable and unfair introduction of artificial means to prevent players from moving.  But it is not going to be tackled at all without an honest assessment of the state of play – which entails a frank acknowledgement of how mediocre the club game in South America has become.