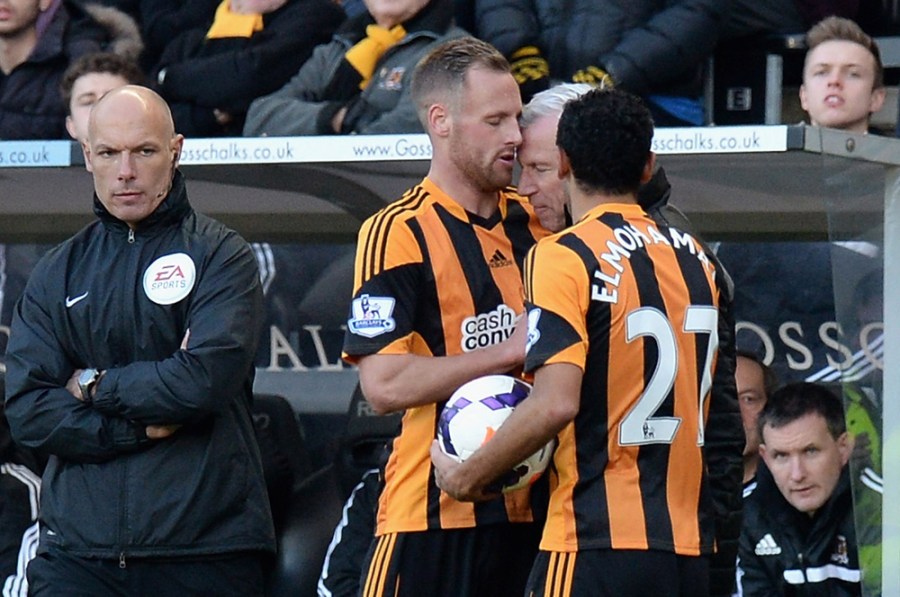 1) Nelson Vivas’ career in management was a brief but eventful tenure. The former Arsenal defender became coach of Quilmes in his native Argentina last year. However, only a few, Vivas was forced to resign as coach following an angry confrontation with a fan.

After receiving criticism from one of his own supporters. The thin-skinned former Argentinian international stormed into the stands and attacked the fan.

2) Gloria Bistrita manager Nicolae Manea produced a sustained and slightly bizarre outburst following a disputed goal in the 3-1 defeat to Pandurii in the 2012-13 season.

The 58-year-old Gloria boss vented his fury by hurling a stretcher onto the pitch – as you do. Unsurprisingly this earned the coach an instant red card, although that did not stop him continuing his rant against the officials.

3) Fiorentina coach Delio Rossi decided to substitute Adem Ljajic off after just 32 minutes, the midfielder voiced his by sarcastically applauding his boss. In response, Rossi proceeded to attack his own player.

“In a few seconds months of stress came out,” Fiorentina president Andrea Della Valle said. Rossi , to no one’s surprise, was sacked.

4) Norbert Meier, the current Arminia Bielefeld boss, is best remembered outside Germany for his actions during a match between his former club, Duisberg, and Cologne.

Meier clashed with Cologne’s Albert Streit on the touchline resulting in each of them gently caressing against the other’s forehead. Both went down as if shot, rolled around the touchline and although Streit was sent off,  the German FA subsequently adjudged Meier to be the perpetrator and he was consequently sacked from Duisberg and temporarily banned from German football.

5) At the start of the season during the Spanish Super Cup curtain raiser between Real Madrid and Barcelona, Real boss Jose Mourinho poked Barca assistant (and future manager) Tito Vilanova in the eye.

After the incident, Mourinho’s spokesman said “Jose will not ask for forgiveness. He firmly believes that he was defending the interests of Real Madrid.”

Others may take a dimmer view of his actions.

6) Jurgen Klopp has a reputation as one of the more erudite football managers, but even he is not immune to the occasional meltdown. The Borussia Dortmund head coach was furious after his keeper, Roman Weidenfeller, was sent off during this season’s Champions League game against Napoli.

The Dortmund boss later admitted that he acted “like a monkey” – albeit a demented one.

7)  CFR Cluj Coach Sorin Cartu was raging after his side were beaten 1-0 by Basle in the Champions League in the 2010-11 season.

The angry boss took out his frustration by kicking the dugout and shattering the perspex before being restrained by one of his coaches.