Madrid is one of 125 soccer cities featured in Libero, the digital travel guide for football fans. Regularly refreshed with new destinations and the travelogue Soccer Sagas, Libero is a one-click treasure trove of football trip tips, tales and trivia. See www.liberoguide.com.

Once again, Madrid is the centre of the footballing universe. Last May, the Spanish capital was the first city to provide both teams in a Champions League Final.

And what better stage than the Estadio Bernabéu, the stately home of football’s royalty, Real. While the Bernabéu is surrounded by grand façades and banks, Atlético are based beside the Mahou brewery in the working-class south of the city. For Real the big game is El Clásico with Barcelona; for the ‘Colchoneros’ (‘Mattress Makers’) of Atlético, it’s El Derbi madrileño.

Both clubs have their roots in the early 1900s, Real as Madrid FC, whose dissident members helped form Atlético. It wasn’t until 1929 that the rivals met, in the inaugural Spanish league.

King Alfonso XIII had decreed Madrid FC ‘Real’ (‘Royal’) in 1920. Real played at the Chamartín, near the station of the same name. The Spanish Civil War and its aftermath saw Atlético merge with the Air Force team and win two titles with Zamora. 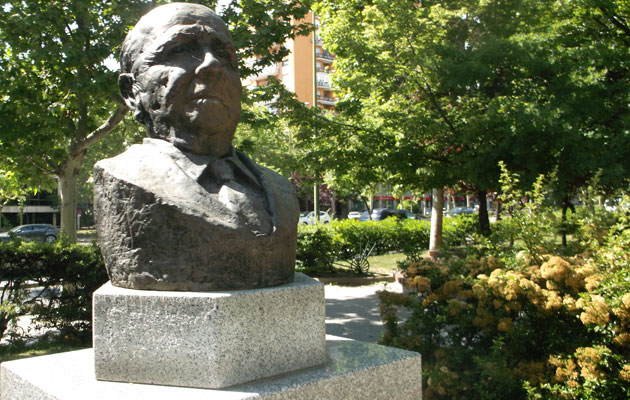 Now chairman, it was Santiago Bernabéu himself who arranged the finance and oversaw the construction of a new Chamartín, close to the original stadium damaged in the Spanish Civil War. Set on the showcase boulevard of Avenida del Generalisimo Franco (now Castellana), the arena was opened in 1947 with a friendly against Belenenses, then recent Portuguese champions.

Still called Chamartín until 1955, Real’s new ground became the de factor venue for Spanish cup finals. As Bernabéu, it soon embraced the European era, capacity rising from 75,000 to a massive 125,000, on the eve of Real’s hegemony. With floodlights soon added, this wedding-cake arena was the perfect stage for star turns Di Stéfano, Gento and Puskás.

Having won the inaugural tournament in Paris, Real persuaded the powers that be to bring the 1957 final to Madrid. This would be the first of four it would go on to stage – but none turned on a penalty as fluky as Di Stéfano’s against Fiorentina more than 50 years ago. 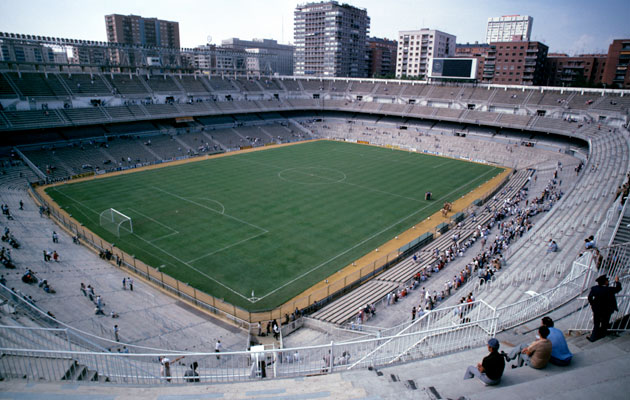 The stadium would also stage the World Cup Final of 1982, four years after the death of Don Santiago. Even though, strangely, Madrid did not shoulder the burden of hosting the heavy schedule of first-stage group matches, the Bernabéu still underwent significant (and costly) changes. Capacity was reduced to 90,000, most spectators covered by a new roof. Further improvements and increased safety measures have brought the current figure to 85,500, including 4,000 VIP seats.

In a recent development, the club has announced a €500 million sponsorship (and renaming) deal with IPIC, the UAE-based International Petroleum Investment Company. In the pipeline are a retractable roof and a hike in capacity to 90,000.

Any moves should not change the fundamental structure of this soccer palace, and its towers named A-D at each corner. Walking round Tower A, on Calle de Padre Damián, you find the players’ entrance, club shop, and away fans’ access by Tower D, near gate 47/49. This far end on Rafael Salgado is the Fondo Norte, with restaurants opposite, leading to Tower C and Bernabéu stadium tours. 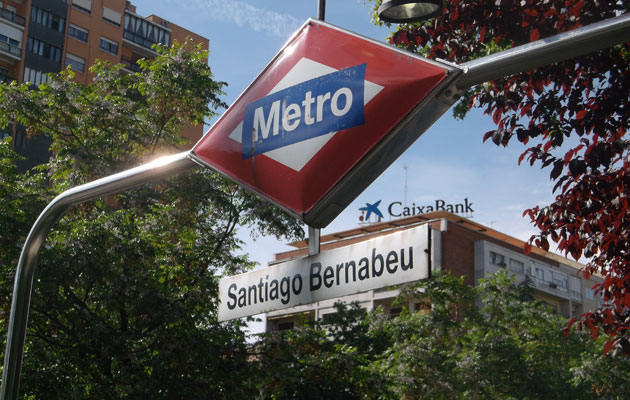 The stadium has its own metro stop, Estadio Bernabéu, on line 10, metro entrances on Paseo de la Castellana itself. Bus No.120 links with Mar de Cristal metro line 8, handy for Barajas Airport.

Real’s Ultras Sur congregate in the Fondo Sur behind one goal. The most expensive seats are in the Anfiteatro Preferencia and the Tribuna Preferencia. Visiting fans are allocated a far corner of the Fondo Norte. Ticket booths are dotted around the ground, some offering limited advance tickets a couple of days before kick-off. 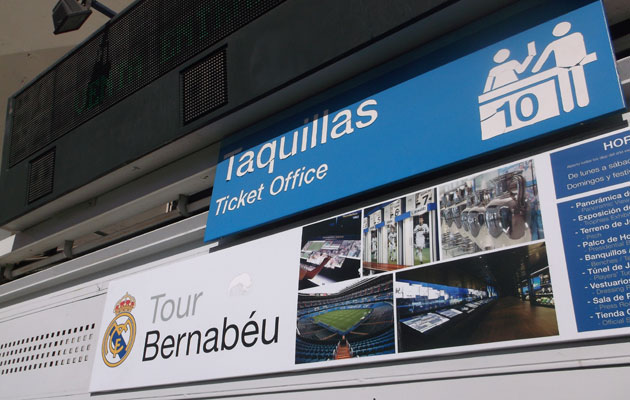 On the club website, tickets are offered to the general public about a week before kick-off. Prices start at €30 in the fourth tier behind each goal, Norte and Sur, rising to an average of €70 nearer the pitch. Prices along the sidelines, Est and Oeste, average €100.

There are also hospitality packages from €225. 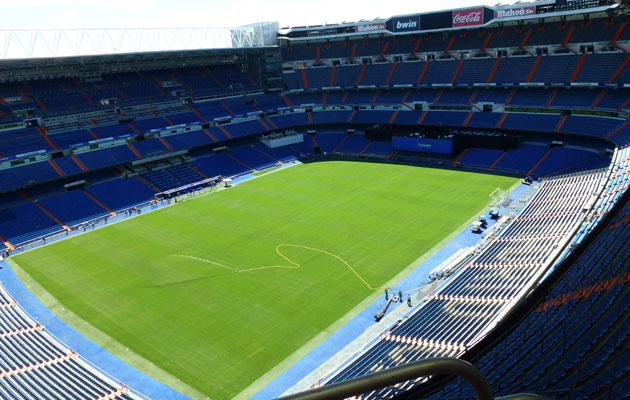 Stadium tours run Mon-Sat 10am-7pm, Sun 10.30am-6.30pm, with varying hours on match days. Tickets (€19/under-14s €13) are sold from window 10 (gate 7), access from Tower B. They begin with a climb up Tower C for a panoramic view of the ground, before going to the trophy room, a display of boots worn by Real’s best, a Panini display of past players and a recreation of Alfredo di Stéfano signing his contract with Bernabéu.

From Bernabéu metro, the streets of Concha Espina and, at right-angles halfway down, Marcellino Santa María, contain a dozen or more pre-match outlets. On the opposite side of the stadium on Calle de Rafael Salgado, restaurant José Luis is of similar vintage, close to La Bodega, a friendly corner bar with the gall to sell Estrella beer from Barcelona. 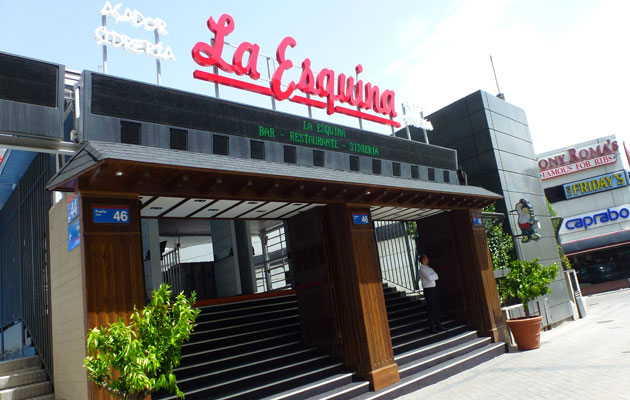 No change at the top of the ESM Golden Shoe standings