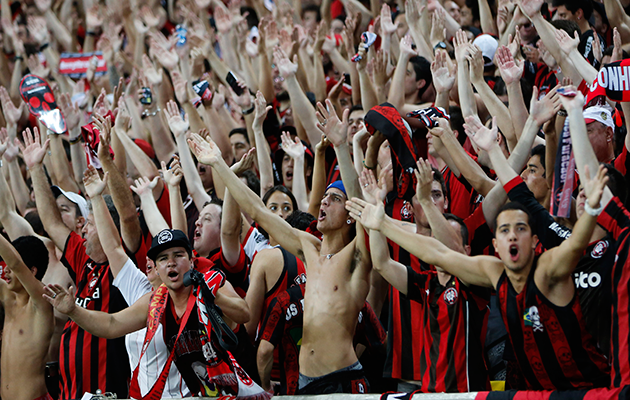 One of the biggest problems faced by Brazilian football is the continued existence, in their current form, of the State Championships – one for each of the giant country’s 27 states, which mostly take place between January and May.

Nowhere else in the world do giant clubs spend months playing so many tiny clubs, representing next to no one, on a league basis.  It is a state of affairs that does little for the small clubs – they very rarely seem to get any bigger, and how can they, when most of them are inactive for more than half the year.  And, opportunity for a cheap title aside, they do nothing at all for the big clubs.  How on earth are Brazil’s giants expected to compete for players on a global basis when so much time is taken up with these meaningless fixtures?

Once of vital importance in such a large country, the State Championships have become irrelevant and embarrassing.  They became utter liabilities in 1994, when an economic plan managed to conquer hyper-inflation.  In the preceding years. Clubs could meet their commitments simply by paying late, and there was little incentive to develop a viable structure.  Once financial stability arrived, their obsolescence was obvious.

The State Championships have taken on the aspect of a wedding ring swallowed by a horse.  The ring is retrievable, once it comes out the other side, but it is necessary to sift through a lot of disagreeable stuff first.

The ring in the comparison is, of course, the big local derbies between the major sides.  But one of those, due to take place on Sunday, ended up stinking out the place all the more.

Atletico Paranaense and Coritiba were set to meet in the fifth round of the championship of the southern state of Parana.  The clubs had not reached agreement with broadcasters on the sale of TV rights, and so determined to transmit the game over the internet.  A team of 12 were hired to take care of the broadcast.  But they were not accredited by the Parana Federation, who instructed the referee not to allow the game to commence while they were on the field.  The clubs refused to back down, and so the game did not go ahead.  After a delay the two teams came out together to applaud the supporters who, thankfully, dispersed peacefully –  in clashes outside the ground before the match was due to start one fan had been killed.

Paulo Autori, Atletico’s experienced and highly respected coach, was measured but forthright with his verdict.  He condemned “an arbitrary attitude by the Federation.  There was no basis for stopping the game from going ahead.  Accreditation [of the internet transmission team] could have taken place.  This can and does happen right before a game.  But I’m happy because this is a paradigm break.  We have to congratulate the two clubs for taking a courageous decision.  Courage is what’s needed to change the movement of events in Brazilian football.”

That the Federations themselves put up a fight to maintain their local competitions is hardly a surprise.  The State Championships are the source of their income, prestige and influence.

More baffling is why the big clubs remain so passively trapped in a system that is so detrimental to their interests.  The storm clouds have been gathering, though, with Athletico Paranaense frequently at the forefront of protest.

Also mystifying is the continued support that the massive TV Globo network gives to the State Championships.  Arguably, Globo had most to lose from an internet transmission of Atletico Paranaense versus Coritiba – in the short term.  In the long term one might think that, as the major broadcasters of Brazilian football, Globo would have an interest in improving the product they sell – which means a comprehensive re-organisation of the calendar and the scrapping of the State Championships in their current form.