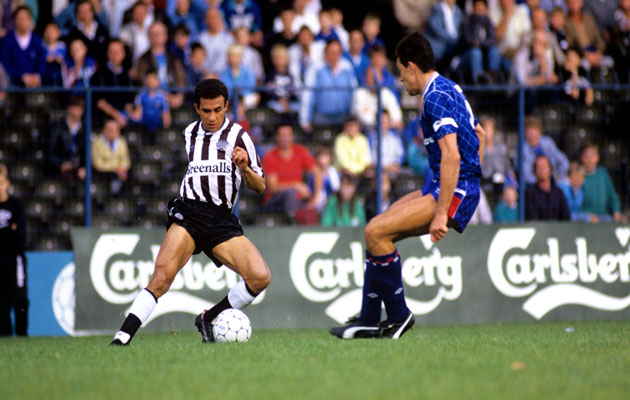 The Estado de Sao Paulo newspaper pulled off quite a scoop by gaining access to details of the contract concerning Brazil’s friendly matches that the CBF signed with ISE, a Cayman Island based company which is part of a Saudi Arabian group.

Brazil are far from being the only national team that farm out their friendlies in this way, and the CBF claim that the deal has brought them excellent financial results.  One wonders, though, just why such intermediaries are necessary.  Could the CBF really not organise its own friendlies, and achieve even better results – while also retaining greater control over the choice of opponents?

But it was another aspect of the contract that concentrated most of the attention when the news broke last week.  Were Brazil’s commercial partners picking the team?  This was headline news all over the world – and it was the way that the paper chose to lead its story.

In this specific aspect, though, Estado, and its fine journalist Jamil Chade, were surely guilty of claiming too much.  This smoking gun is little more than a water pistol.

A little context is necessary here.  Newcastle fans will recall that striker Mirandinha became the first Brazilian to play in English football when he joined the club 28 years ago.  By the standards of the time this was a transfer that was off the scale of exotic – and it happened because Mirandinha had played for Brazil in matches against Scotland and England.  He was nowhere near being his country’s first choice striker.  Had this been a World Cup year he would probably not have made it into two squads.  But Brazil had picked him, put him in the shop window and Newcastle had bought.

As football globalised, those international partners who got involved with Brazil did their homework and came to a quick conclusion.   Brazil had a tendency to pick ‘experimental’ squads for friendlies – indeed, with clubs, agents and players looking for a move abroad there is a strong incentive to do just that.  A Brazil call up does wonders for a player’s visibility and transfer value.

The international partners, then, reacted by finding a way to ensure that they were getting what they had paid for.  If they were buying the Brazil team then they wanted to see the Brazil team out on the field, and not some scratch replacement.  The contractual clauses are there in an attempt to ensure this – which is implicitly recognised in the Estado article.

“By the terms of the secret deal,” it reads, “it is stipulated that the national team should always take the field with its principal players.”  At this point the journalist over-reaches; “without any possibility,” he writes, “of testing young players” – which does not seem to be the case “or of using friendlies to prepare a group for the Olympics.”

At this point, this part of the rationale breaks down.  Should fans buy tickets to see Brazil only to be palmed off with an Under-23 team?  Is Olympic football really so important as to hijack the agenda of Brazil’s friendlies?  And the argument is fatally undercut by a measure taken last year by the CBF.  On the same FIFA dates that Dunga was in charge of Brazil’s first team, youth supremo Alexandre Gallo (since sacked) was playing matches with an Under-21 side specifically called up to prepare for the Olympics.

Estado performed an excellent service by shedding light on the murky world of footballing intermediaries.  But the way it handled the material was unwise.  Trying to play the nationalist card on the question of team selection may have scored in terms of attention grabbing.  But on this specific aspect, there was less to the story than met the eye.

Thankfully, the whole issue of friendlies will take something of a back seat over the next few years.  Since 2010 Brazil had a glut of the things – as 2014 hosts they did not take part in World Cup qualification, and the year following the tournament has no competitive games.  But a new cycle is beginning.  The 2018 qualifiers get underway in October.  From then until the end of 2017 Brazil will have 18 hard fought matches in the most competitive qualifying competition on the planet – especially if, as speculated, FIFA reduce South America’s ration from four and a half to four slots. 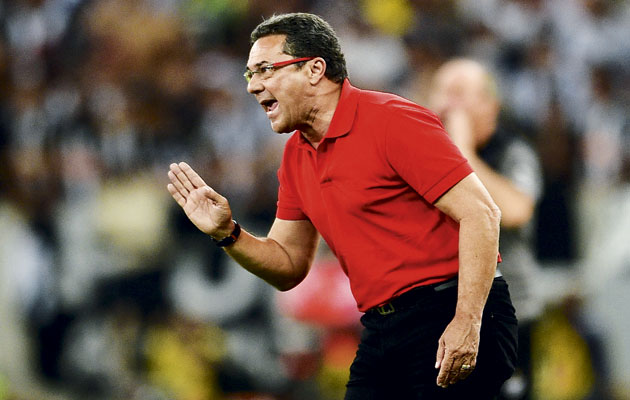 Three rounds in, and three coaches have already lost their jobs in the Brazilian Championship.  A couple only lasted two games.  Luiz Felipe Scolari quit Gremio after a draw and a defeat, a decision clearly taken under pressure.  The team had also lost to Internacional in the final of the local state competition – hardly surprising after financial problems had weakened the squad.

Even more bizarrely, Fluminense fired Ricardo Drubsky after a win and a loss.  He had been in charge for all of two months, and has been replaced by Enderson Moreira, who has had similarly brief spells this year with both Santos and Atletico Paranaense.  And on Monday night
Flamengo sacked Vanderlei Luxemburgo after his team had picked up just one point from three games.  This is the most interesting case; the Rio giants are living one of the dilemmas of football administration, cutting costs to improve the long term financial position while trying to keep the team competitive.  It is a difficult balancing act, and one that, in the opening three rounds at least, proved beyond Luxemburgo.

In the past the former Brazil and Real Madrid coach has expressed an interest in working at Sao Paulo – who are currently without a coach and have been negotiating with the Colombian Juan Carlos Osorio of Atletico Nacional.  Might there be a change of tack now that Luxemburgo is free?