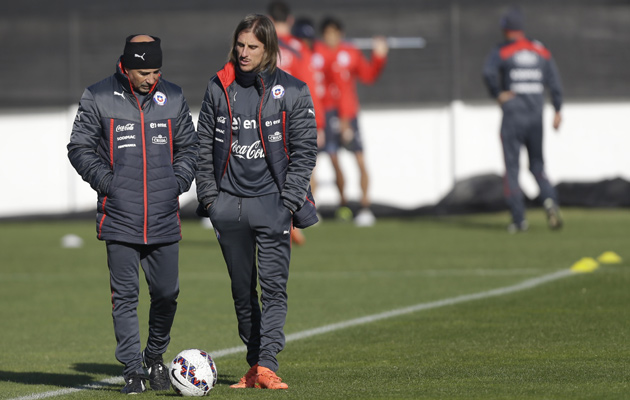 In the double act that masterminded Chile’s 2015 Copa America win, Sebastian Beccacece provided the height and the hair as assistant to the bald, little Jorge Sampaoli.  After 13 years together, the pair have now gone their separate ways.  Beccacece had already taken off on his first solo flight before Sampaoli left his post with the Chilean national teal last week.

Now 35, the lanky, shaggy haired Beccacece has taken charge of Universidad de Chile, where he and Sampaoli enjoyed a hugely successful spell between 2010 and 2012.  His debut match in the opening round of the Clausura championship was not impressive – his ‘la U’ side struggles their way to a 1-1 draw away to Antofagasta.  “So far,” said the La Tercera newspaper with stunning impatience, “the efforts that Universidad de Chile made to sign Sebastian Beccacece as trainer seem unjustified.  The team were a long way from reaching the level hoped for when Jorge Sampaoli’s ex-assistant was hired.”

A week later, though, the headlines are looking very different.  In the second round, ‘la U’ went a goal down early at home to O’Higgins – but hit back to win 8-1.

It is just as well that Beccacece’s side have hot a groove early, because the young coach has thrown himself right into the deep end.  First, ‘la U’ are involved in the qualifying round of the Copa Libertadores, which kicks off next week.  They face a two legged tie against River Plate of Uruguay, with the first game in Montevideo next Tuesday.

Second, because he is picking up the team at a low ebb.  Last year’s Apertura championship was a disaster for the club.  ‘La U’ finished 11th out of 16, with the worst defensive record in the field.  And with relegation worked out on a total of points over the two championships, the Santiago giants go into the Clausura under a cloud.

Meanwhile, a cloud of uncertainty hangs over the Chilean national team.  One of the reasons provoking Sampaoli’s desire to quit was surely a perception that he has taken the current squad as far as it can go.  Assuming that Chile qualify, Russia 2018 is set to be the third World Cup for the senior members of the side.  Aside from Alexis Sanchez, they will all be over 30 – and may well be too old for the all out pressing, high intensity game favoured by Sampaoli. 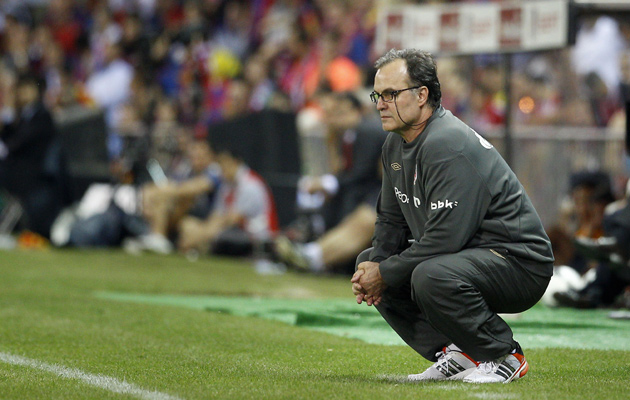 The current process began in 2007 with Sampaoli’s mentor Marcelo Bielsa – who was fortunate enough to take over at a time when Chile had thrown up a splendid young generation, third placed in that year’s World Under-20 Cup. Talented young players, open minded and full of energy – it was an attractive proposition for a coach like Bielsa.  Taking on the same group towards the end of their careers, with little significant renewal since then, is not nearly so enticing.  There were early rumours that the Chilean FA might want to lure Bielsa back, but that door is firmly shut.  New FA president Arturo Salah, himself a former national team coach, has admitted that Bielsa is no longer in the running.

So who will they turn to?  There is a certain amount of urgency to the situation – the next two rounds of World Cup qualification, including a crunch tie against Argentina, will take place in March.  This alone would seem to rule out Manuel Pellegrini, who has talked of ending his career by taking Chile to the 2022 World Cup.  But anyone who steps in will need a fair dose of bravery, since maintaining Chile’s momentum will not be easy.

South American football has plenty of examples of countries producing a golden generation and then falling back afterwards – Peru have never again his the heights of their 1970s side, Colombia took a while to replace the generation that shone in the last 80s and early 90s.  It will be fascinating to see whether Chile can avoid the same fate as they go through a change of command.