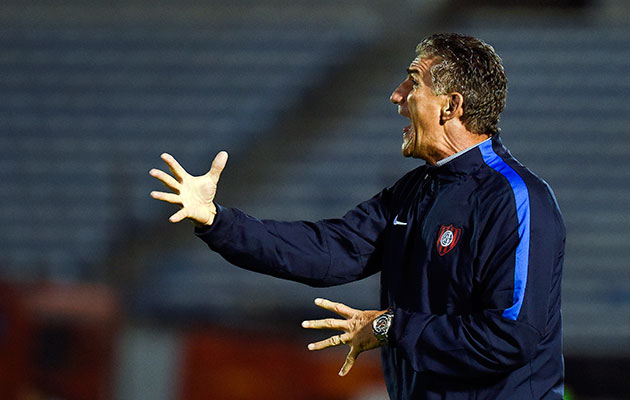 As teams prepare for their third game in the Copa Libertadores, the week’s stand out match features the only sides who have played just once.

There is an even share of six titles between Argentina’s River Plate and Brazil’s Sao Paulo – and River, of course, are the reigning champions.  But for all the glorious tradition on parade, and despite the early stages of the proceedings, there is plenty at stake when they meet in Buenos Aires on Thursday night.  There is a genuine possibility that the two games between these giants (the return match is in Sao Paulo in mid April) could effectively turn into a straight knock out.

This scenario is the consequence of a shock result in the first week.  Sao Paulo lost 1-0 at home to The Strongest of Bolivia, one of the most surprising scorelines in years.  The Bolivians are traditionally strong at the extreme altitude of La Paz, 3,600 metres above sea level.  But they very rarely pick up away points, especially against sides such as Sao Paulo.  This win on the road, though, threatens to change everything.  The Strongest followed it up with a home win against Trujillanos of Venezuela.  If they can make the most of home advantage in the two other games in La Paz then they will accumulate 12 points – which will almost certainly mean that they go through to the knock out phase together with either River Plate or Sao Paulo, hence the importance of Thursday’s game.

Sao Paulo travel south in a state of some disarray, confirmed by a 3-1 home defeat to Sao Bernardo in a local state championship match on Saturday.  New Argentine coach Edgardo Bauza has won the Libertadores twice with different clubs in different countries.  Brazil, though, is proving a challenge.

The club are deep in political turmoil, the fans are restless and on the field his midfield is proving unable to give him the control he enjoyed with 2013 title winners San Lorenzo.  Central midfielders Hudson and Thiago Mendes have talent but little notion of correct decision making.  And then there is the dilemma around playmaker Paulo Henrique Ganso, an enigmatic figure in Brazilian football for over half a decade.  Ganso shows sporadic moments of inspired left footed talent.  But his game lacks dynamism – instead of pass-and-move, he can be frustratingly static and thus easy to mark.  Can Bauza trust him?  And should he play him high up the field, where space can be hard to find, or deeper where his lack of pace might leave the defence exposed? 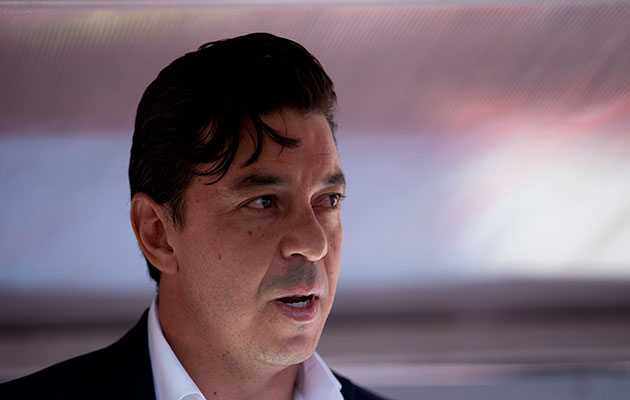 River Plate coach Marcelo Gallardo has to contend with a number of injuries.

River Plate, meanwhile, would look to be sitting prettier.  They survived an awkward opening half hour in their Libertadores debut away to Trujillanos but spurted away to win 4-0.  And they had by far the better of Sunday’s super-classic against Boca Juniors, where the 0-0 scoreline did not reflect their superiority.

But there is a problem.  In the final minutes of Sunday’s match centre back Jonathan Maidana pulled up with what looked like a muscular injury.  His first choice partner, the Colombian Eder Alvarez Balanta, is injured yet again.   Coach Marcelo Gallardo’s defensive resources suddenly look very thin – he was seen hurling a bottle of water to the ground in disgust when he saw what happened to Maidana.

Sao Paulo will surely be looking to take advantage.  For all their current woes, the team has enough attacking pace to worry a patched up River Plate rearguard.  Michel Bastos and Ricardo Centurion supply speed down the flanks, in Jonathan Calleri or Alan Kardec  Bauza has two mobile, aggressive centre forwards, and there are rough diamonds such as Rogerio to be unleashed.  Back in the land of his birth, might Edgardo Bauza seize the chance to steer his Brazilian adventure back on track?