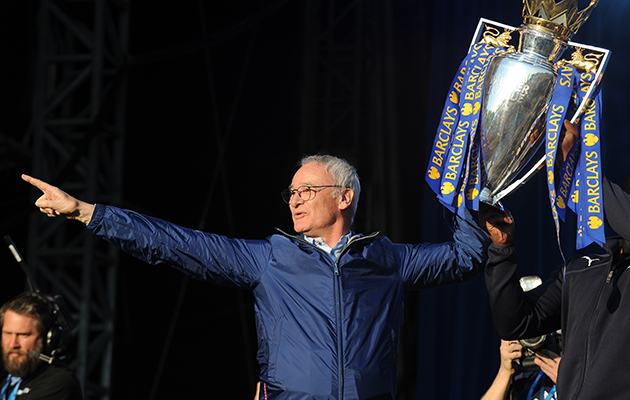 The Premier League is 25 years old today (February 20), its rise and rise a perfect illustration of the law of unintended consequences.

For admirers the EPL is a financial and commercial juggernaut, the supreme statement of football’s global command; for critics it is a Frankenstein monster, perverting the spirit of sport.

World Soccer’s Brian Glanville, doyen of football commentators, calls it the ‘Greed is Good League’ after the boast of fictional financier Gordon Gekko in the 1987 film Wall Street (and echoed in Leonardo Di Caprio’s more recent The Wolf of Wall Street).

Yet the EPL was not founded, 25 years ago, with any thought of transforming the vista of elite professional football. Simply, it was a defensive mechanism dreamed up by five major clubs worried that English football was heading for bankruptcy both literal (lack of cash) and metaphorical (hooliganism, crumbling stadia etc).

Now the 20 clubs of the EPL are awash with cash: they dominate the annual Deloitte ‘rich list’ of world football with Manchester United – despite their comparative lack of recent title success – having reclaimed the No1 spot ahead of both Real Madrid and Barcelona.

Back in 1992, before the ‘Bosman Law’ had exploded transfer market and foreign player restrictions, English football’s ‘Big Five’ (Arsenal, Everton, Liverpool, Manchester United and Tottenham) decided the only route to survival was to break away from the historic, four-division Football League.

A few years earlier they had forced through a change which allowed clubs to keep all of their home match gate revenue, rather than having to share it with visiting clubs.

This had been considered revolutionary. In those days, of course, gate receipts were the financial bedrock of clubs – now they come a long way behind TV cash and sponsorships.

Back then, in the bad old days, gate money was critical.

But for the Big Five this was not sufficient. They wanted more and resented having to share TV monies with their less-successful cousins down all the four divisions.

Hence the proposal from the Big Five that the old First Division should break away.

The Football Association, led by its then general secretary Graham Kelly, supported the move; relations between the FA and the Football League had always been bad. Hence the creation of what was, officially, the FA Premier League.

In fact, it quickly became clear that the FA had commit an enormous and short-sighted blunder, that it had no control over the monster it had connived to create.

At the time the FA claimed the breakaway would assist the development of the England national team. How wrong could it have been!

In due course the Premier League not only used its financial muscle to take over half the seats on the FA’s governing board but, in 2007, dropped the ‘FA’ label from its title – the ultimate insult.

Of course, at the time the ‘FA Premier League’ was set up no-one envisaged the Bosman decision by the European Court in 1995 which would turn the transfer market into an auction house of the finest players to the highest bidders.

Nor did anyone (except perhaps Rupert Murdoch) understand how the explosion of satellite and cable television with its insatiable competitive demand for top sports events would transform the financial outlook for club football (and not only club football, of course).

This was all in the future but the Premier League, more by luck than judgment, was perfectly placed to capitalise immediately and thus steal a financial, promotional and marketing march on every other professional league in western Europe.

The Premier League was created on February 20, 1992. A wrecking attempt by the Football League had already been rejected by the High Court freeing the clubs to hand in their resignation notices. That put pressure on TV companies to move fast to secure exclusive broadcast rights.

ITV, the commercial terrestrial channel headed by Greg Dyke (later BBC and then FA chairman), was favourite. But he was outbid by Murdoch’s newly-created BSkyB. Murdoch was supported by the BBC in return for being allowed to revive its agenda-setting and popular Match of the Day highlights programme on a Saturday night.

At the time Sky’s £304m payment for a five-year deal was considered excessive, even unnecessarily so. It was five times the ongoing £44m Football League deal.

Today, by comparison with the current £5.136bn, three-year deal, it appears a bargain not only in financial terms but through the pre-eminence it granted Sky, the crucial first foot in the door.

The deal was controversial because it took league football into the restricted remit of pay-per-view TV and threw over the tradition of regimented 3pm Saturday kickoffs.

Hence the Premier League kicked off in August 1992 with Arsenal the favourites. Ultimately they finished 10th, some 28 points behind Sir Alex Ferguson’s Manchester United.

Interestingly the top five was completed by Aston Villa, Norwich, Blackburn Rovers and Queens Park Rangers. All four are now in the second division, proof that what matters is not so much the money as the ability to manage and use it properly in terms of staff (administrative and coaching), facilities and of course players.

In answer to critics who deride the Premier League as boring, chief executive Richard Scudamore says: “There are a lot of different tussles that go on in the Premier League depending on whether you’re at the top, in the middle or at the bottom that make it interesting.”

In further defiance of critics, Leicester City’s title-winning fairytale last year made headlines around the world.

The Premier League in itself makes no money as such. It is a company owned and run for the benefit of its 20 member clubs. Each has a vote. It claims to be the most-watched sports league in the world, broadcast in 212 territories to 650m homes and a global TV reach of 5bn.

TV rights are sold on a collective basis but in six packages to fall in line with European Commission competition regulations. The EU-enforced auction system has helped rocket income from deal to deal (Then there is an additional £3bn earned over 2016-19 in overseas rights).

Income is divided half equally between the clubs, 25pc based on final league position (the top club receiving 20 times as much as the bottom club); and 25pc depending on the number of televised games. Parachute payments are made to relegated clubs amounting to around £60m over four years (unless they regain Premier status).

From 1993 to 2016, the Premier League sold title sponsorship rights to first Carling (beer and lager) and then Barclays (banking). But when the Barclays lead expired last summer it decided against a further deal, wanting to both secure its own ‘clean’ brand (as per the NFL, NBA etc in the United States) and give the clubs greater individual freedom.

Most matches are played to capacity attendances in stadia rebuilt to include facilities so they can generate cash from commercial operations during the week – raising yet more money. Nike is the official ball supplier.

Not surprisingly the Premier League claims the highest revenue of any football league in the world, with total club revenues standing at £3.3bn. This is set to continue, according to Dan Jones of Deloitte. He says: “We feel Premier League clubs are entering a new era of sustained profitability.”

Brexit may have an effect on all of this. But – with apologies to LaLiga, Ligue 1, Serie A and the Bundesliga – not for a long time yet. They have a lot of catching-up to do. After all the Premier League, dating back to 1992, had a crucial head start.

The original Big Five never envisaged all of this. But, of course, they are not complaining.