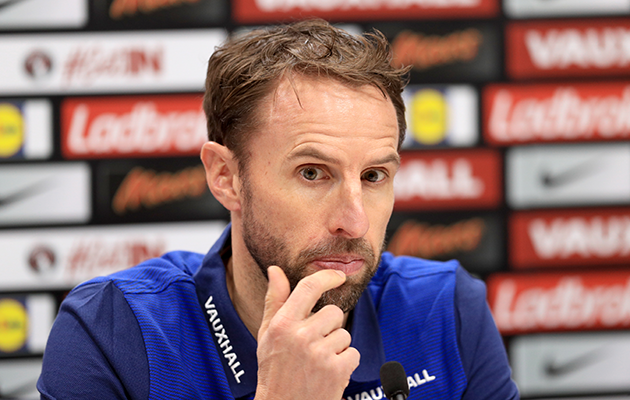 Could Gareth Southgate have been suffering from one might term a touch of the Ratners? I am referring to that disastrous faux pas by the jeweller who called one the good his firm sold “crap”. Which resulted at once in the collapse of his whole business.

By the same token, though not quite as outrageously, Southgate publicly disparaged the England squad he had assembled for the two World Cup qualifiers games to come, lamenting the fact that so many players had been obliged to drop out that he was forced to pick some who were not of first-team quality. It seemed an absurdly self-destructive piece of behaviour, calculated to demoralise certain players who had come in faute de mieux as the French say, for want of better, and potentially undermining the morale of the whole squad.

Jesse Lingard, the Manchester United attacker, who has so far this season failed to gain a place in his club’s attack, might be seen as one example though he has done well enough for England in the past.

Which brings one to the case of Jack Wilshere, that sublime rarity, an English midfielder who can actually pass the ball. At last Sunday’s Arsenal home game against Brighton, Wilshere did at least get as far as the substitutes’ bench though never out on the field. But in the two recent appearances he had made, against Doncaster Rovers and the Belarus champions, home and away he had excelled, clearly putting behind him yet another serious injury suffered when playing on loan last season for Bournmouth.

Certainly it would have take a bold decision for Southgate to call up Wilshere and as things stand, it still looks unlikely he will win a place in a full Arsenal team in which midfield players are plentiful, even obliging Aaron Ramsey to move out of the middle to the right wing. Wilshere’s contract at the Gunners runs out at the end of the season when of course he could leave without a fee. Could he at least go out on loan again come January? As things stand his undoubted talents are being wasted.

Then there is the somewhat different case of Dele Alli who ruled himself out of the Slovenia game at Wembley (remember by the way that it was Wilshere’s two fine goals in Slovenia which saved England’s faces not so long ago). Of Alli’s talents there can be no doubt; the doubts alas are of his temperament. That ridiculous one finger salute at Wembley got him banned from England’s game against Slovenia, and last weekend a blatant dive, and not the first of them alas, was as duplicitous as it was futile, since not only was it duly recognised but it came at a time when Spurs were walking away with the game.

A word about the England goalkeeper Hart, back in England after a somewhat uneven season with Torino. It seems to have become the habit in some journalistic quarters to disparage him and indeed he has had his shaky moments in the England goal, not least against Iceland. But it should not be forgotten that only his resourceful display away to Slovenia arguably saved England from a most humiliating defeat. I don’t think he is the right choice as England’s goalkeeper just now, but let us give him credit for what he has in the not so remote past achieved.

Patrick Barclay’s thoroughly researched and fluently written biography of Matt Busby deserves and rewards attention. Once an accomplished wing half with Manchester City and Liverpool, he revitalised Manchester United after the last war when their Old Trafford ground had been bombed out of service; and remained so for years, with United obliged toshare with Busby’s old club City.

The so-called Busby Babes were an inspiring force in the immediate post-war years though it should be remembered that, like Chelsea at the same period, United ruthlessly pursued and persuaded the best young talent to join them. Bobby Charlton seemed to be booked for Newcastle United when Manchester United grabbed him. Duncan Edwards, that powerhouse in midfield, alas doomed to die after the Munich air crash, came from Dudley in the West Midlands and might have been expected to join a local club.

That fat crook Louis Edwards figures largely in the book. Fated to die in his bath just a couple of steps ahead of the posse having for years sold inferior meat to schools, bribing the relevant officials with £100 worth of good meat each week. Michael Crick in an earlier book has told of how when Edwards wanted to gain power at United he sent his minions around the area to prize shares from old ladies.