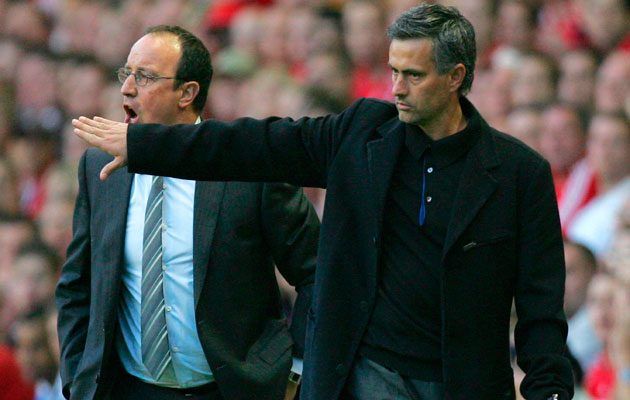 José Mourinho has never been one to take an insult lying down, so it will come as no surprise to hear that he went straight on the offensive after Rafa Benítez’s wife teased him by saying her husband always had to clear up the mess Mourinho left behind.

Mourimnho and Benitez have never seen eye-to-eye with the enmity stretching back a decade to when the pair locked horns on a regular basis both in England and Europe as managers of Chelsea and Liverpool respectively.

“Real are the third of José Mourinho’s old teams [that] Rafa has coached,” she joked. “We tidy up his messes! If you think about it, of course you end up crossing paths. There are only a few world-class clubs out there.”

Mourinho, though, was quick to highlight not only his own coaching record, but also the dietary deficiencies of his rival.

“The lady is a bit confused, with all respect,” he said. “I’m not laughing, because her husband went to Chelsea to replace Roberto Di Matteo and he went to Real Madrid and replaced Carlo Ancelotti.

“The only club where her husband replaced me was at Inter Milan, where in six months he destroyed the best team in Europe at the time.

Killing the sexist and weightist birds with the one stone. Classy.