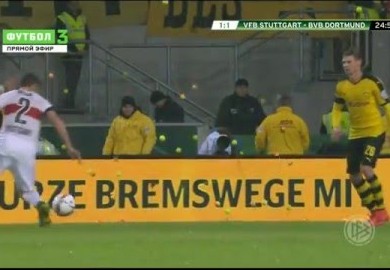 Borussia Dortmund fans staged a a novel protest against rising ticket prices by throwing tennis balls onto the pitch during their German Cup victory over Stuttgart.

Supporters also missed the first 20 minutes of the 3-1 quarter-final win.

They are unhappy at the rising cost of attending Bundesliga games, with some of the away tickets for Tuesday’s match costing 70 euros (£55).

On Saturday, Liverpool fans staged a walk-out during their home game against Sunderland in protest at ticket prices. Inspired by that protest there have also been calls from supporter organisations for a co-ordinated nationwide camapign against the rising prices. 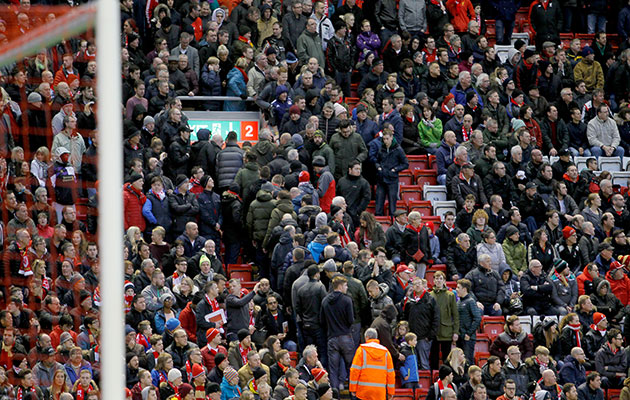 Liverpool fans head fo the exits in protest at next season’s ticket prices.

“Obviously it’s not something we want to do, but we feel we have to do it,” he told the BBC World Service. “We don’t feel very good about not supporting the team for the first 20 minutes, but it has to be.”

“It’s always good to see fans protesting against bad conditions and, yes, they have our solidarity,” he said. “I hope it is inspiring other fans to join them and to protest as well. I love English football but it is killing itself.”

Quambusch says Germans use the expression “great tennis” to describe something very good.

So throwing tennis balls, he says, was a way of telling Stuttgart that their prices were too high. “It was an idea to make it clear that enough is enough.”