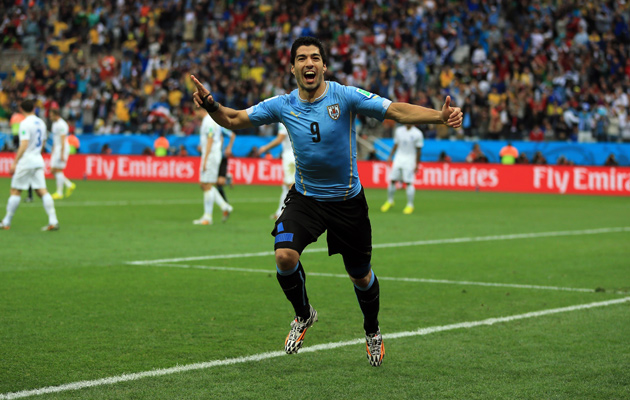 Barcelona have admitted they approached Luis Suárez before the World Cup and were always confident of signing the controversial striker.

The Uruguayan – currently serving a four-month ban for biting Italy’s Giorgio Chiellini in Brazil – initially told representatives from the Catalan club that he was happy to stay at Liverpool. However, the Barça president Josep Bartomeu has an ace up his sleeve: namely, that Suarez’s wife’s family already live in the city.

“When we approached Suárez, it was before the World Cup. We told him that he had the right age. He had the experience,” Bartomeu told CNN. “Playing at Liverpool gave him incredible performances and it was the right time for him to come to our club, to Barcelona.

“We knew from of lot of years ago that Luis Suárez likes our club, likes our city. And we have the advantage – his agent is Pep Guardiola’s brother. He’s from Barça in his heart, also, so everything was perfect and created the perfect atmosphere that Luis Suárez accepted.”

Suárez left Anfield for £75m last month and signed a five-year deal at Camp Nou. Due to his suspension, he will not be available to play until October but Bartomeu admitted Barcelona were unconcerned by his prolonged absence.

“We didn’t rethink this decision and we told Luis after the bite,” he said.

“He knows he did wrong. He apologised. That’s very important for us. That means he knows that he did not do things properly and of course, coming to our city, coming to our club, there’s going to be a way of managing Luis Suárez.”

Asked what Barcelona would do should Suarez bite again, Bartomeu admitted the club had no contingency plans.

“This is now a question,” Bartomeu added. “This is a question that a lot of people now ask us.

Més que un club, is Barcelona’s smug and oft-repeated mantra. Indeed, with their signing of Suarez they are also staking a claim to be a refuge for repeat offenders. If they can pull this one off they will indeed be more than a club.