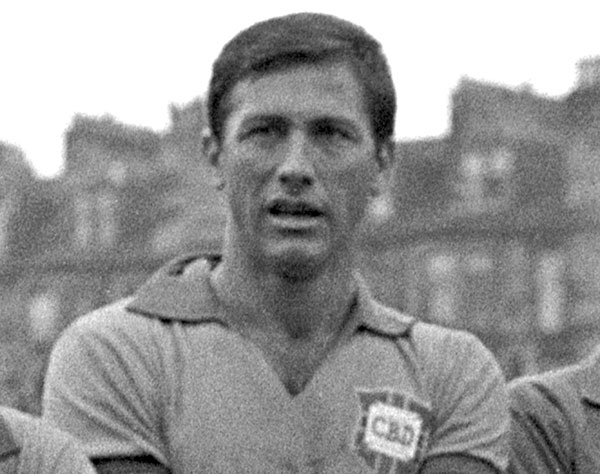 The Brazilian Football Confederation confirmed on their website that Bellini, who had suffered from Alzheimer’s disease for many years, had passed away.

The statement adds that Bellini will be buried in his hometown of Itapira and CBF president José Maria Marin paid tribute to the “great captain”.

“Brazilian football and its fans are mourning the death of a man who was a great captain,” he said.

“I had the opportunity to meet him during his time at São Paulo where he proved, as well as being an excellent defender, he was a gentleman and an exemplary professional.”

Bellini played for three clubs in his career and enjoyed spells with Vasco da Gama and São Paulo before finishing with Atlético Paranaense.

He was the first Brazil captain to lift the World Cup winner, skippering the side to success in Sweden in 1958. He was also a member of the 1962 side that retained the trophy.

Bellini featured in the 1966 World Cup in England, before retiring from international football with 51 caps.

A statue of him holding aloft the Jules Rimet trophy stands outside the Maracanã.

Here’s some rare colour footage of the 1958 final.