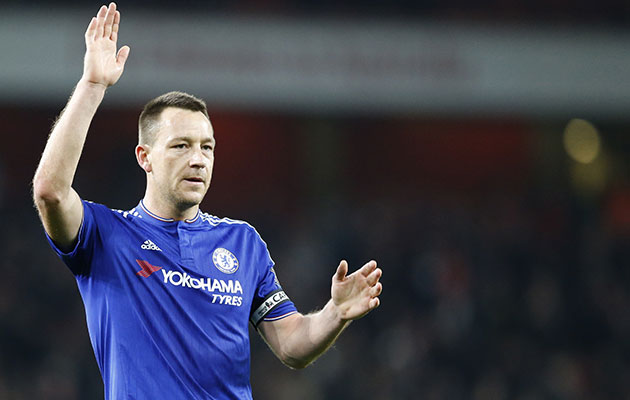 Terry’s current deal expires in the summer, and the former England defender revealed at the start of February there was no new offer on the table.

A Chelsea statement at the time said, rather vaguely, that “the channels of dialogue” would be kept open, and the former England skipper is now considering the offer of a 12-month extension. The player has always insisted that he does not want to leave Stamford Bridge.

A Chelsea spokesperson said: “(Director) Marina Granovskaia and (chairman) Bruce Buck met with John and his agent this week and offered him a one-year contract extension.

“With it coming so late in the season, this is a big decision for John and his family and it is something that they are now considering.”

In the summer, Antonio Conte takes over from Guus Hiddink, who replaced Jose Mourinho following the Portuguese’s sacking in December.

“It’s good to have big players in a club who are big personalities,” said Hiddink, when asked about Terry at a news conference on Friday.

Terry, 35, has made 703 appearances since his Chelsea debut in October 1998 and has captained the side on more than 500 occasions.

The club’s supporters had been planning a farewell party for Terry at Sunday’s final league game of the season against Leicester City, but in the light of today’s annoucnement, it looks as if that may have to be put on hold for another 12 months. Terry, who was sent off last weekend in Chelsea’s 3-2 defeat to Sunderland, is suspended for the match against Leicester.