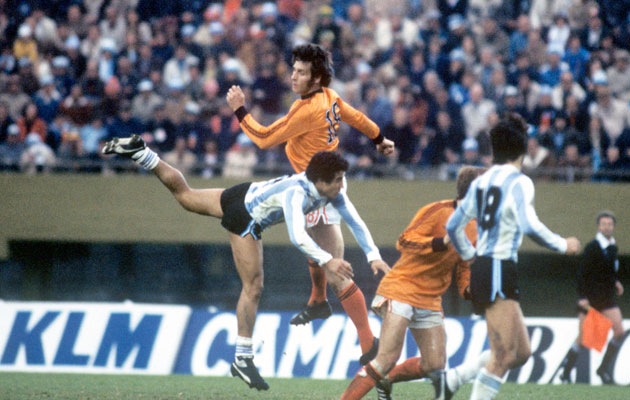 Former Dutch international striker Dick Nanninga – who scored in the 1978 FIFA World Cup final against Argentina – has died at the age of 66.

“With great sadness we received the news this morning that club icon and former international Dick Nanninga passed away at the age of 66,” read a statement from his former club, Roda. “We wish his family and friends strength at this hard time.”

Nanninga had been unwell since 2012, but will be remembered for coming on as a substitute in the 1978 World Cup final against Argentina and scoring the equalising goal with a powerful header. Holland eventually lost 3-1 after extra time.

He started his professional career with Veendam but established himself with Roda, with whom he scored a club record 107 Eredivisie goals in eight seasons. After a brief stint with Seiko Hongkong, he ended his career at Maastricht in 1986.