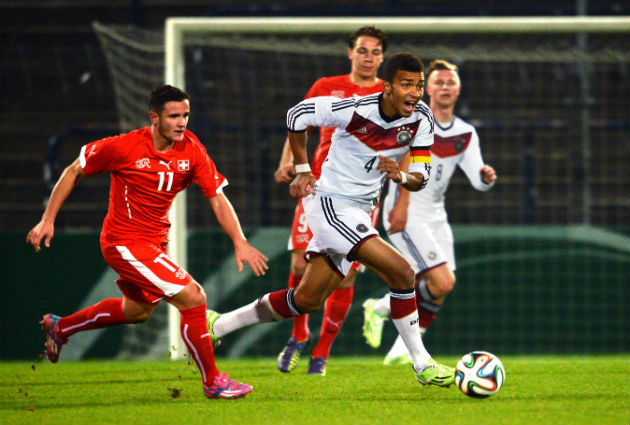 Everton have completed the signing of young Swiss prospect Shani Tarashaj from Grasshopper Zurich on a four-and-a-half-year contract. As part of the deal the youngster will be loaned back to the Swiss side until the end of the season.

Tarashaj is regarded as a great prospect in his homeland; and has scored eight times in 18 appearances this season. Roberto Martinez will look to nurture the raw talents of Tarashaj and was delighted with his latest signing.

He told the club’s website: “Shani is an enormous young talent who, without a doubt, will have a great future. We’re delighted to have found a young player who believes that our club is the perfect step for him to enhance his quality and to grow his career.”

He added: “He fits in really well to our style and the way we want to play the game. He is a family boy, hungry and he is desperate to fight for his place in our talented young squad.

“I’m delighted we have been able to act quickly and secure the deal for Shani which means that, due to his national service commitments, he will be able to be part of our first team squad from next season. Grasshopper have been very professional and the deal has been conducted in an exemplary way.”

Tarashaj was delighted too and told evertontv: “I am fast, I have a good shot and I think I can help Everton,

“I first found out Everton were interested two or three months ago and now I am here.

“For me that is the best thing about Mr Martinez wanting me – his belief in young players.

“I heard that he was a good manager and works well with young players individually – this is what I want to make me a better player.

“English football is fast-paced and Everton is a big club with a good manager in Mr Martinez.”