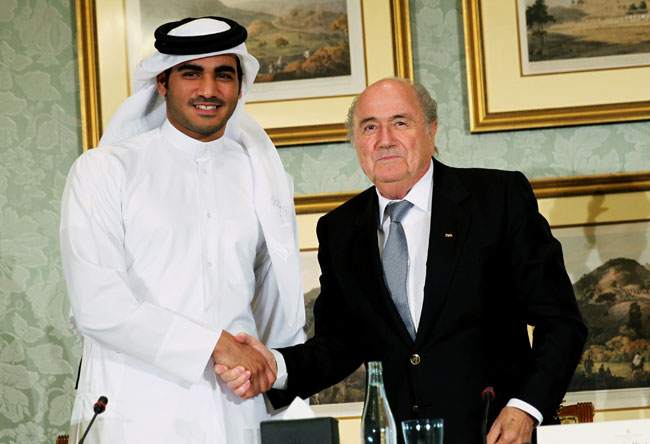 FIFA has set a February 12 deadline for Qatar to explain what measures were being undertaken to improve the situation of migrant workers.

FIFA president Sepp Blatter has already described the plight of the overseas workforce as “unacceptable” and is understood to have raised the subject with the Emir of Qatar during his visit to Doha last November.

Now, a letter from FIFA secretary-general Jerome Valcke to the Supreme Committee for Delivery and Legacy is demanding a “detailed report on the improvement of working conditions” by February 12 with “information on specific steps” being taken.

Concerns over the welfare of migrant workers employed on Qatar’s World Cup sites was first highlighted by the Guardian newspaper, followed by a hard-hitting Amnesty International analysis which condemned widespread exploitation and abuse of human rights.

FIFA’s German member Theo Zwanziger, who has been given the responsibility of dealing with the issue for the world governing body, said: “We are currently in the middle of an intensive process, which is exclusively aimed at improving the situation of workers in Qatar.

“Ultimately, what we need are clear rules and steps that will build trust and ensure that the situation, which is unacceptable at the moment, improves in a sustainable manner.

“This process will continue after 13 February and will culminate in a report to be delivered to the FIFA executive committee at its meeting on 20 and 21 March.”

If that report records no tangible improvement in the conditions of the workforce, it will be interesting to see what FIFA does. The chances are, it will do nothing.